All's Well That Ends Well
by Past Is Prologue Productions

Auditions for a role in All's Well That Ends Well with Past Is Prologue Productions on Sep 15.

The company that brought you Shakespeare in the Dark: Macbeth last Halloween at the Driskill Hotel is now producing another show in Austin, this time with the lights on!

We are looking to cast 7-11 actors to play multiple parts in an ensemble cast for Shakespeare’s All’s Well That Ends Well. This is a paid (stipend) job.  All genders, ages, races/ethnicities, religions, sizes, (dis)abilities, sexual orientations, etc. are encouraged to audition. We are committed to honoring diversity in our casting practices. For us, this looks like:

All actors should be comfortable and familiar with Shakespeare’s language.  We are particularly interested in actors who have a background in some form of movement (which could be dance, but actors do not necessarily have to be trained dancers).

Auditions will be held by appointment on Sunday, September 15th from 11:30 am - 4:30 pm at Space Austin (7915 Manchaca Rd.).  Email pastisprologueproductions@gmail.com with your resume to schedule an audition.  If you are unavailable on that date but would like to audition, email anyway and we can try to schedule something or make alternate arrangements.

Rehearsals will begin mid-October and break in mid-December before returning for performance dates January 16th-19th and 23rd-26th, at the Rollins Theatre at the Long Center. 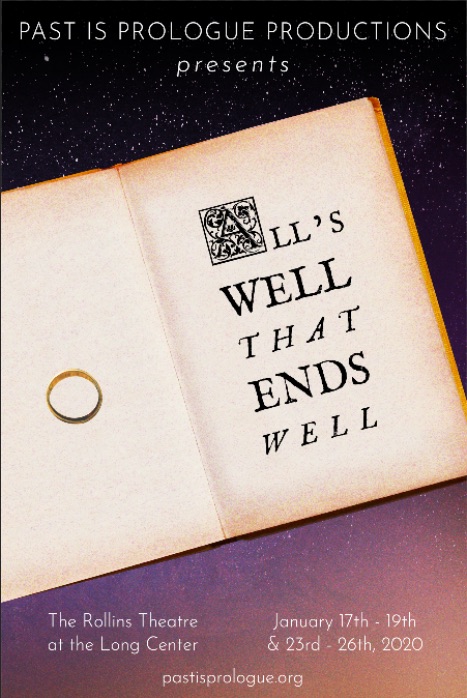 About Past Is Prologue Productions

Past is Prologue Productions aims to ignite the world with fresh perspectives on Shakespeare’s work.  Through film, theatre, dance, and other forms of art and performance, we take ...