Auditions for a role in New Manifest Minifest 2019 with New Manifest Theatre Company on Jul 09 through Jul 10.

Stay Here by Mia King: CHENG, 55, Chinese; VINCENT, 22, half Chinese, half white; ISAAC, 22, any ethnicity except East Asian and/or white.

The Shore by Kathleen Evelyn Brown: CALIBAN is referred to using male pronouns but may be portrayed by an actor of any gender. ARIEL is a spirit and does not conform to a gender, pronouns are “they” “their” and “them.” MIRANDA should be played by a female-identifying actor.

Sign up for an audition spot by emailing newmanifesttheatre@gmail.com 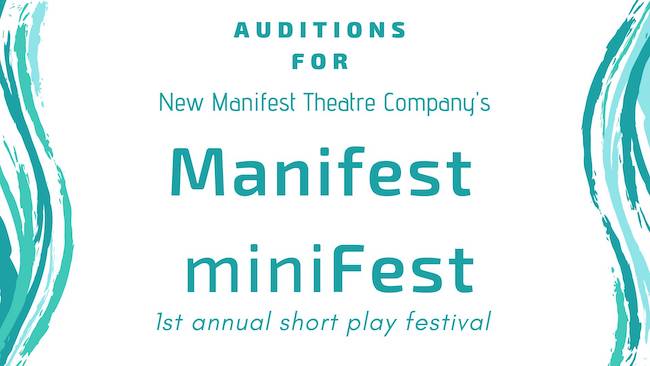