Misdeeds at Mistletoe Mine
by Way Off Broadway Community Players

Poor little Holly Hock. Orphaned, she has inherited a gold mine with no gold and a hotel with no guests. Her aunt, Rose Bush, has taken both her and the failing business under her wing. When handsome Redmond Wood rides into town, the future suddenly looks promising for Rose and Holly, but the villainous Mayor William Z. Lucifer has other plans. With the help of femme fatale Chiquita Rosarita Ricardo, Mayor Lucifer concocts a plan to drive Red out of town and take custody of Holly, thereby inheriting the hotel and gold mine. Due to the ’sanity clause’ of the adoption agreement, Lucifer just needs to prove Rose Bush unfit for guardianship, which he attempts to do by drugging Rose’s drink and calling the sheriff in to witness her strange behavior! Tough-as-nails Sheriff Tucson Tessie and the locals of Yule Falls and the Yule Fall Inn will entertain audiences with this highly comical melodrama full of wit, physical humor, and more than enough laughs to fill a gold mine!!

Misdeeds at Mistletoe Mine will be directed by Bill Craig and will run 2 weekends, July 27 and Aug 3.
Cast is 3 Females and 3 Males.

Auditions will consist of cold readings from the script.

The auditions are open, with no pre-registering or scheduling. Our auditions are typically held at the WOBCP Theatre early in the week following the opening of our previous show.

Once you arrive at the theatre, you’ll fill out an audition form, listing your experience, and which roles you are most interested in. Prior to the audition date, biographical information about the roles will be posted to the show’s page on this website. If you have a headshot and/or resume, please bring them, but they are not required. 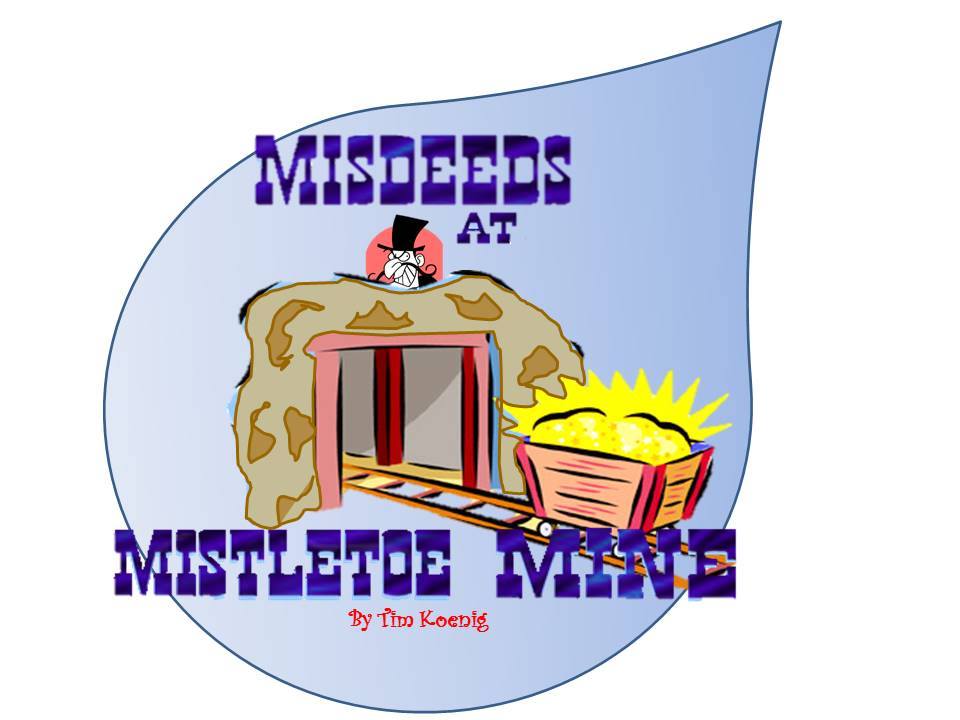