Set in the 1960s, this stage play is the basis for the popular TV series Columbo. A brilliant psychiatrist, Ray, is having a passionate affair with one of his patients. His wife, Claire, suspects he is having an affair and threatens to divorce him and leave him penniless if she ever catches him. He and his mistress devise a plot to kill her and make it seem like she was killed by an intruder. The execution of their plan and the creation of their perfect alibi depends on a bizarre impersonation, which they pull off beautifully. After Ray returns from vacation and "finds" his wife, he encounters the rumpled Lieutenant Columbo - whose seemingly random bouts of rambling inattention and meandering questioning mask a devilishly skilled investigator, who soon recognizes that the murder of Claire is the work of her husband. Columbo then engages the psychiatrist in a duel of wits as he works diligently to find the proof needed, But, it is the mistress who proves to be the weak link which leads to a trap and a surprising climax.

Way Off Broadway Community Players will be holding open auditions on Monday, February 26 at 7 pm for the 5th show of our 21st season, Prescription: Murder by William Link and Richard L. Levinson . It is being directed by Beth Watkin. Auditions will consist of cold readings from the script. There are roles for 3 Women and 4 Men.

Miss Petrie - a pleasant, efficient woman in her fifties with a genuine liking for people.

Claire Flemming - a brittle, sardonic product of New YorkÃ¢ÂÂs East side. She is in her early forties and shows the strain of a loveless marriage.

Susan Hudson - Young and extremely attractive, with a hint of latent sensuality. She is not particularly complicated, but as the play progresses she shows the burden of the increasing tension.

Lieutenant Columbo - a rumpled police official of indeterminate age. He seems to be bumbling and vague, with an overly apologetic, almost deferential manner. This masks an innate shrewdness, and foxy knowledge of human nature.

Dave Gordon - a smooth, boyish lawyer with his eye on a political future.

Auditions are open to the public and will be held at Way Off Broadway Community Players Theater, located in building 4 of the 2243 Business Park at 11880 Hero Way West (formerly West FM 2243) in Leander, 1 mile west of Hwy. 183, just east of Bagdad Road. 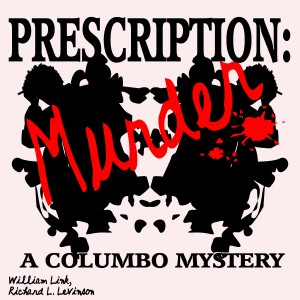