Same Time, Next Year
by Way Off Broadway Community Players

One of the most popular romantic comedies of the century, running 4 years on Broadway and later a successful motion picture, starring Ellen Burstyn and Alan Alda. Two people meet by chance at a romantic inn over dinner. Although both are married to others, they find themselves in the same bed the next morning questioning how this happened. They agree to meet on the same weekend each year. Twenty-five years of manners and morals are hilariously and touchingly played out, as the two are seen changing, through the years; always in the same room, always appearing on schedule. But, as time goes on, both have personal crisis that the other helps them through, and they develop an emotional intimacy deeper than what one would expect to find between two people meeting for a clandestine relationship just once a year.
Auditions: Monday, November 6, 2017 (1W/1M)
The Characters
Doris – Starts out as an awkward girl, then becomes progressively a young, restless housewife, a college student returnee, overaged flower child, accomplished high powered career woman and finally a settled matron. She deeply loves her husband.
George – Starts out as a guilt-ridden, neurotic accountant becoming increasingly stuffy and rich. Later, he gives it all up, goes into psychiatric analysis, becomes a hippie, and finally returns to The Establishment. He also deeply loves his wife.
(Although the characters go through many changes, their changes never synchronize, making for poignant drama as well as hilarious comedy.)

Our auditions are typically held at the WOBCP Theatre early in the week following the opening of our previous show. The auditions will also typically consist of cold readings from the script.  Prior to the audition date, biographical information about the roles will be posted to the show’s page on this website. 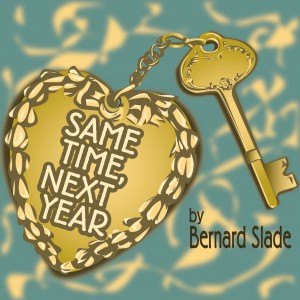