The inhabitants of Texas' smallest trailer fight the a town who wants to annex them. With everything else they're dealing with: being passed over again for a work promotion. Attempting to keep a feisty mother out of the local bar. Trying to keep Baby from taking his participation in a womanless beauty pageant way too seriously. Curbing the impulse to take in every stray cat, possum, and armadillo that wanders by. Being frustrated by the clients at the Stairway To Heaven Retirement Village. Constantly battling with the curmudgeon from across the road, who loathes their 'trailer-trash' ways. But these friends, enemies, and neighbors realize they'll have to work together if they have a snowball's chance to survive being swallowed up by 'the big guys.' The rollicking mayhem of this flat-out funny comedy escalates as the residents attempt to secede from Texas, discover a traitor in their midst, and turn the tables in a surprising and side-splitting finale. So come on over to Doublewide, where life is double the fun, double the joy, and more than double the laughter!

Way Off Broadway Community Players will be holding open auditions on Monday, March 6 at 7 pm for the 5th show of our 20th season,Doublewide, Texas by Jones/Hope/Wooten. It is being directed by Tracy Cathey. Auditions will consist of cold readings from the script. There are roles for 6 Women and 3 Men.

Joveeta Crumpler (30's - 40's) Vivacious and tightly wound, driven to be THE business woman of the year. Pretty tightly wound. After years of being bypassed by promotions in city government, finally going to reward herself with a new career as a travel agent in the big town of Galveston.

Caprice Crumpler (50's - 60's) Overly made up, favors leopard print leggings and all the other trappings of someone in her late teens. Loves to laugh. Loves to party. Loves life with a vengeance. Gonna be the next great Star.

Starla Pudney (30's - 40's) The High Maintenance First Lady of Tugaloo. Always looking out for her piece of the pie. ..and she's not above cheating.

Lomax Tanner (40's - 50's) a ladder climbing low-level sleazy bureaucrat who fancies himself as the next major land developer. Doesn't matter how many bodies he has to climb over to get to the top of the ladder...without falling down himself. All without mussing his hair. 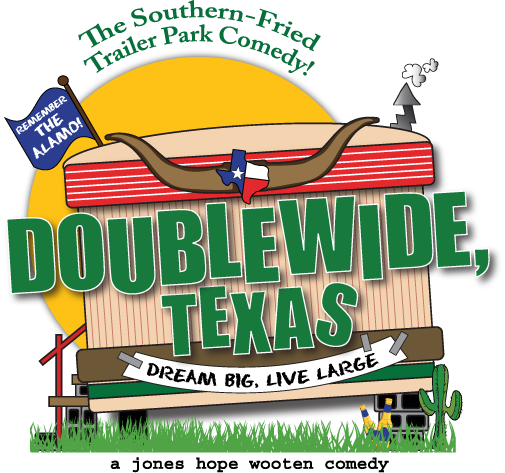