Review: The Walls of Jericho, at Ground Floor Theatre
by David Glen Robinson 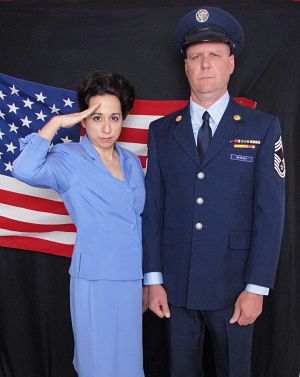 Frontera Fest Long Fringe is still steaming along, filling the new Ground Floor Theater with performance after performance at an exhausting pace. The festival never fails to put new talent through its pressure cooker, to the enjoyment of theatre goers.

The Walls of Jericho by Sandra Metcalf is an autobiographical play, true, but it is more of a biography of a family of which Metcalf was the youngest member. The background of the play is the coldest years of the Cold War, starting about the time of the Kennedy assassination. The family is in the Air Force, that is, the father is a Chief Master Sergeant, and his family members are his dependents. They live on a base, and the mother has nothing to do except take instructions on how to help bury the dead after a nuclear attack, assuming she survives.

The stress-loading is immense, and she eventually leaves her husband, taking her three daughters on a Continental Trailways bus back home. This is the beginning of an odyssey through middle America. It has touch-points of world-spanning historical events and lingering visits in human hearts, distilled fromthe poignant memories of generations of military dependents (full disclosure: this reviewer is one of them). 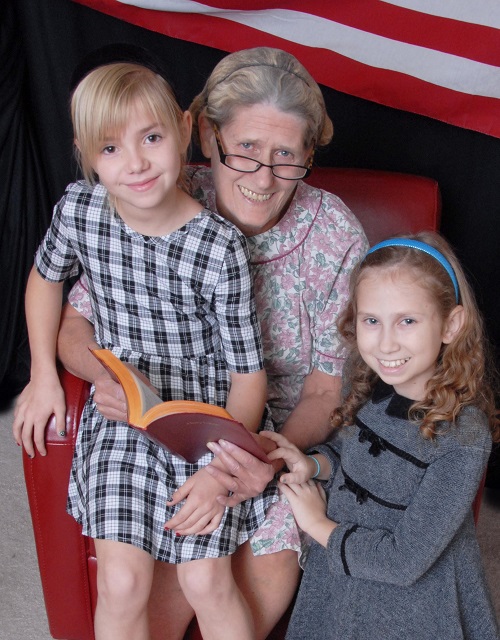 This is the strength of The Walls of Jericho, and it succeeds on this basis. The play is also a small, ambitious production showing in a theatre festival production environment, which cannot give every play its due—plays go on and off the stage in rapid succession. The Walls of Jericho suffered from all the problems inherent in this situation: many cues were missed and set changes were cumbersome. Plays prepared for festivals should strive to minimize set changes and props. Here’s why: one backstage chair crash drew the attention of all the actors on stage and the entire audience. The backstage was too crowded with props, and the predictable accident had consequences.

The hardworking cast had widely varying levels of talent and skill. Those with talent easily projected their utterances and songs through the good acoustic atmosphere of Ground Floor Theatre. Those without couldn't be heard beyond the second row.

Still, with some reworking The Walls of Jericho could merit production as a stand-alone play, announced on a marquee. Domestic plays set in the Cold War, especially tose with eye-witness testimony, are rare in modern theatre. One of the play’s virtues was its period soundtrack, with songs ranging from The Ventures to Patsy Cline. The sound design credit went to Daniel Brookshire.

The highest credit, however, goes to Frontera Fest Long Fringe. The long-running festival never retreats from its commitment to give everyone with passion and desire the opportunity to challenge themselves on stage in front of an audience. When this opportunity is joined with the welcoming venue of Ground Floor Theatre, one must believe that brighter days lie ahead for Austin theatre. The Walls of Jericho runs until January 31, 2015 at Ground Floor Theater.

The Walls of Jericho
by Sandra Metcalf 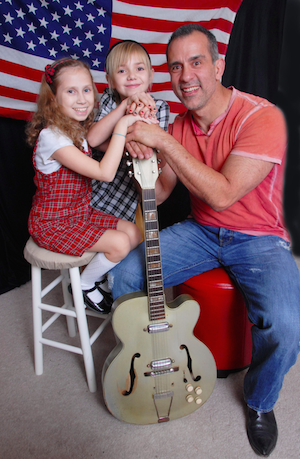