Review: The Children's Hour by Different Stages
by Catherine Dribb

Having attended the performance with a friend who, while a fan of theater, nevertheless believes that scripts written after 1950 that don’t take into consideration the average attention span of adults will reduce their art to inconsiderate babbling, I became concerned when the greeter at the box office said, “The show runs over two hours but has two intermissions.”  My pragmatic thespian friend, while relenting since The Children’s Hour was written in 1934 (before writers could be held accountable for taking into account the reduced attention span of post-television-watching, post-Atari-playing adults), nevertheless gave me a look when I passed along the greeter’s information and pointed him toward the one-stall bathroom.

However, The Children’s Hour, produced by Different Stages, was not only well staged, but also well timed and neither of us was troubled by the length. Director Karen Jambon used Lillian Hellman’s solid script to keep the show well paced and entertaining, despite the troubling nature of its themes.

Karen Wright, played by Nikki Zook, is one of the two teachers of an all girls school, falsely accused of being a lesbian in relationship with fellow founder Martha Dobie (Bridget Farias). Zook brings to our senses the agony of harassment, unfounded and unrepentant. From her initial interaction with student and accuser Mary Tilford, darkly and acutely played by Laura Ray, to releasing her fiancé, a sincere but human Dr. Cardin (Errich Petersen), to finally resigning herself to a lonely, branded life after her best friend and alleged lover Martha takes her own life, Zook’s character is strong and compelling. These dramatic performances were accented by the school children’s caricaturistic performances (notably those of Helen Hulka and Bethany Harbaugh), which provided necessary comic relief against the evil of a conniving child’s web of lies. 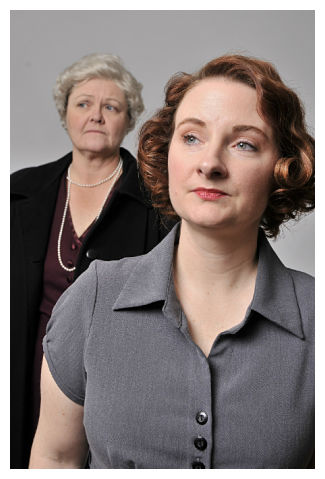 While the topic of homosexuality and the potential for two women to be lovers is not as startling in today’s culture where even soldiers are now asking and telling, the lies and prejudices that young Mary feeds on may still retain a relevant message. Even in this blueberry of a city in the predominantly conservative state of Texas, only last year a gay woman was murdered by the father of one of her elementary son’s classmates (he took her partner’s life as well), leaving her child and his grandmother, bewildered and bereaved, and of course, alone.

We still live in a culture where gay men in the work force make 10-27% less than their straight co-workers.[1] And in a society where women still don’t make the same to every dollar as men doing the same jobs, I don’t even want to see the percentage for gay women’s pay wage. But that’s just money. We still live in a culture where churches are allowed to ask the sexual orientation of their organists, music directors, and senior pastors. And as for harassment in the work place, promotions denied, and even gay men and women being flat out fired, sometimes I wonder how far we’ve really come since Lillian Hellman wrote The Children’s Hour 78 years ago. 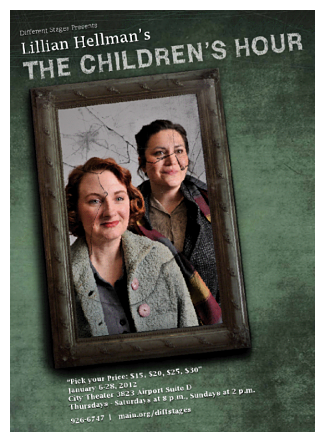