These two were lovers in their early twenties in Madison, Wisconsin, sometime in the 1970s but they've long been out of touch, getting on with their lives. By chance they find themselves -- and one another -- in a snowed-in airport somewhere in the Midwest (think, maybe, Midway in Chicago).

It's a situation ripe for dramatic exploitation. A wave of the playwright's magic wand and lo! we have characters with a deep knowledge of one another and a sense of their ideals and mutual potential -- thirty years out of date. They have decades of change and adventure to explore, as well as the delicate business of defining just who they are for each other right now, in ignorance of their subsequent histories.

Shooting Star trades on a fascination similar to that mined by www.classmates.com. What ever happened to. . . .? Do you really, really want to know? Do you want that person to know what has happened to you and how you have changed?

Dietz is upfront about it. His note in the program, also posted in the lobby, reads, in part,

Someone has your secret. Someone from your past. They have your secret because they once had your heart. . . .

We wed the past to humor with good reason. Oh, how we used to dress! -- and our hair! the music we listened to! -- man, what were we thinking? and with any luck, we can usually bundle up our great regrets in this same nostalgic laughter.

Until we see that face from our past. That person who has the goods on us: who knows exactly how close we came to making our life match our plans. 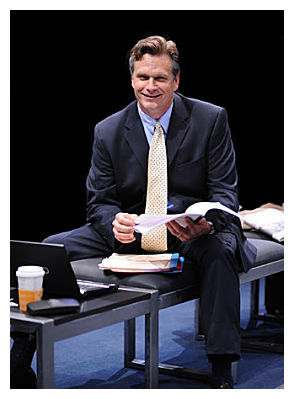 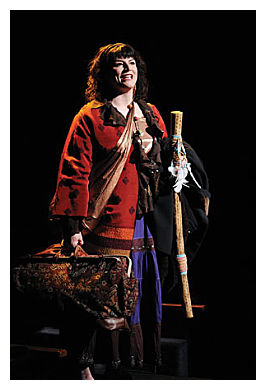 Master craftsman that he is, Dietz sets up the slightly painful comic contrasts. He gives us business traveler Reed McAllister (Jamie Goodwin), something of a wage slave in a suit, a reader of the Wall Street Journal, grown into someone far different from his idealistic twenty-something self, and pairs him with earth momma Elena Carson (Barbara Chisholm), Austinite, veteran groupie and lonely free spirit.


They see one another from afar and apostrophize to the audience their surprise; after some time avoiding an encounter, they meet. Reed is headed from his home in Boston to Austin for a sales pitch he knows will be unsuccessful; Elena is going to Boston to see a friend. Heavy snow delays flights; the airlines cancel departures. We sit in on their careful process of mutual discovery, with the remembered emotional closeness bringing to the surface regrets, memories shared and unshared, and an unexpected wading into the current complexities of their lives.

The minimalist setting in the Whisenhut theatre in the lounge is a clever recreation of the waiting area at an airport gate, at which spectators become just that many more stranded travelers. Of course, the airport speaks to us and to the characters (in the lovely neutral precision of Lauren Lane's voice). Dietz gets several appreciative chuckles with business reminding us of the new realities of air travel and the newly familiar rules for travelers. In addition, Barbara's banter about Austin and its special character tickled us.

Separate monologues to the audience set up later revelations. Reed confesses to us that he was deeply jealous and hurt by Elena's promiscuity. With the last flight canceled, they retire to the airport bar. Recollection, new revelation, the intrusion of telephone calls from home, desire, laughter, spontaneous counsel and unexpected gifts -- to quote Dietz's note, Reunions are typically built on laughter, banter, remembrance and alcohol. This one is no different.

Neither Reed nor Elena found anyone better. There is no knowing whether, back then, different mutual rules or more truth in the relationship might have kept them together for a completely different experience in life. Plot pieces click neatly into place, we feel the warmth, and Dietz brings them home to the feeling that despite memories and beyond this tiny bubble of time, the most important issue is this generation's love and care for the next.

Jamie Goodwin and Barbara Chisholm are comfortable and convincing in these characters, and Dietz as playwright and director keeps the action continually interesting and surprising.

The Wednesday night audience was smack dab in the target demographic. They gave the piece a standing ovation.

Review by Barry Pineo in the Austin Chronicle, March 19 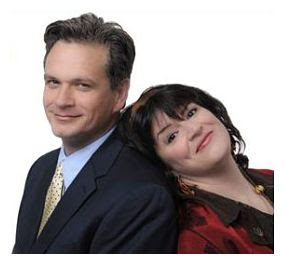