Review: One Venus Hour by Sheila Gordon
by Michael Meigs

Equity actor Shela M. Gordon took the opportunity of FronteraFest 2011 to do a solo turn showing friends, the general public and her students at St. Ed's that she's endowed both with an actor's shape shifting wiles and with a warm and thoughtful writer's imagination.

Gordon developed this piece with support from Scriptworks, here in Austin. Her One Venus Hour is not about the goddess or even about the planet.  It's about time, the final arc of a life, and the deep uneasiness of children facing the failing of a father.  Gordon uses a projected starfield and audio of a quietly authoritative female voice explaining dispassionately the faraway eruptions of stars.  Both voice and text are Gordon's, in a subtle parody of the ethereal meditations read by Sandy Wood on the McDonald Observatory's radio spot Stardate.

Our neighboring planet Venus spins on its axis in the opposite direction from that of the Earth and ever so slowly, turning on itself once in 243 of our days.  One Venus Hour is ten days in earth time.

Beneath that vast firmament and its incomprehensible realities, Gordon acts all roles in a simple, almost banal family story.  The widowed or divorced father, retired alone in Florida, with the querelous mutter and collapsed world of an aged New Yorker, pushes back at his daughter's pained, well-intentioned ministrations.  Her brother, his son, cannot face the old man's decline.

Gordon lightens the tone by assuming the cocky persona of a real estate auctioneer, enlisting us for a trial exercise in bidding.  She's glib, rythmic and solemnly funny, playing both the chief auctioneer and both of his assistants.  This was the firm that sold them the previously foreclosed property in which the father now lives.

The story arc is short -- one Venus hour or a bit more -- but the feeling is deep.  The old man suffers a stroke. Gordon captures the slur of his speech and his deep frustration, as well as the bright "we" chatter of the speech therapist who, without thinking, treats him as if he were mentally handicapped.  Gordon provides a short portrait of the brother but brings most of our attention to the quandry of the daughter.

Gordon returns as the auctioneer and challenges us to bid, and the property is the house that the old man was living in -- "this time for real, folks!" --  and we do.  The night I was there Gordon as the crisp, disengaged auctioneer pushed the bids right up to $150,000 in mythical dollars to be used by the wistful, lonely woman as she arranged the final managed care of her father, the leftover from another time. 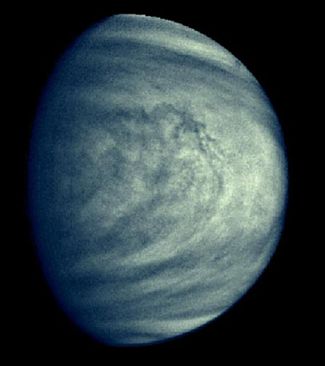