Melvin Brown is a big, serene tornado, a walkin', talkin', singin' and tap dancin' history of rhythm and blues, soul and entertainment. He comes from Cincinnati but traveled all over the country and abroad on the entertainment circuits, then settled near Austin after a long and eventful career. 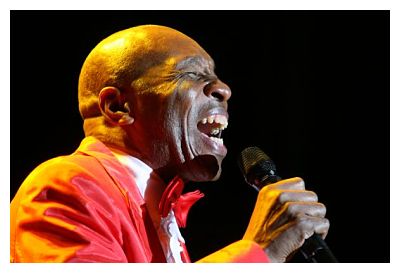 This man has a vital energy and irrepressible joy in life. He's 65 years old but he is strong, fast, funny and attractive. He's got a fine mellow tenor voice like an oboe in full swing, and he does Ray Charles, Sam Cooke, Jackie Wilson, Chubby Checker and James Brown. With those magic feet and his powerful physique he will dance you Bo Jangles, Texas clogging, Gregory Hines and Michael Jackson's full repertoire. 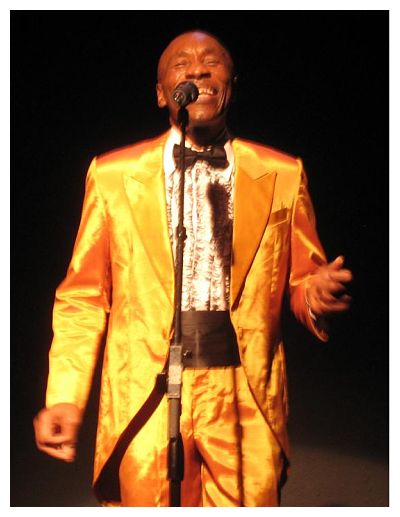 Then let him do you a Southern revival preacher ("Amen!") before launching into "When The Saints Come Marching In!" He balances that one with a number taken directly from three years on the road as a male stripper, and we can tell you that he's in fine physique still.

We clapped along, we swayed, we shouted and applauded. Movin' Melvin will tell you the story of his life and give you a "highlights" show of mid-century African American music and entertainment that will leave you wanting more. So buy a CD at the stand, because the funds go for the "Change The World" project in Elgin where he plans to build a home for homeless children and the elderly.

Review by Reba Saxon at "Rebablog: Life in the Village," January 23

Click to hear Melvin do "Johnny Be Good" by Chuck Berry (.mp3 file)

Click to view program for A Man, A Magic, A Music by Melvin Brown (.pdf file, 2.5MB) 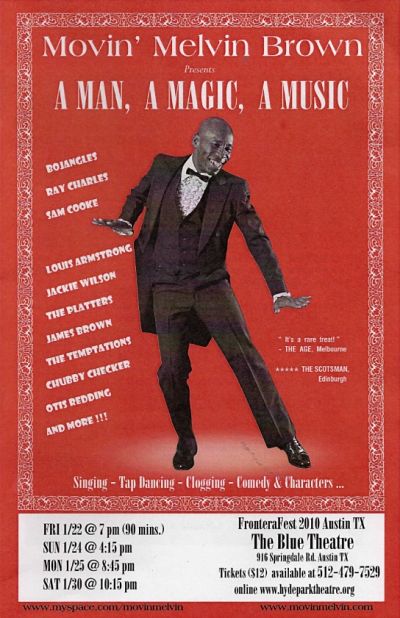