I saw one of the concluding performances of Black Snow but because of visitors and a trip out of town I did not have the time to review it in a timely fashion. My memory is that Tutto Theatre gave us a bouncy, funny harlequin-esque  farce.  Gabriel Luna was comically suicidal as the novelist seeking to deal with the happily deranged theatre company.  Smaranda Ciceu as the Stanislavsky figure was a hoot -- a senile Groucho Marx in a fright wig, with a blissfully lolling inattention.

The piece is based on Mikael Bulgagov's last novel, unpublished in his lifetime (as were most of his other works).  Bulgakov came to international attention with the publication only in the 1960s of his early satirical novel The Master and Margarita.  He had pleaded with Stalin in the late 1920s, both in writing and over the telephone, for permission to emigrate but was instructed instead to work for the Moscow Art Theatre.  His plays and libretti were not produced there.

So this is a play about a novel that never became a play, drawn from a long unpublished novel about a novelist frustrated by the theatrical mistreatment of his novel.  Wheels within wheels!  --  MM 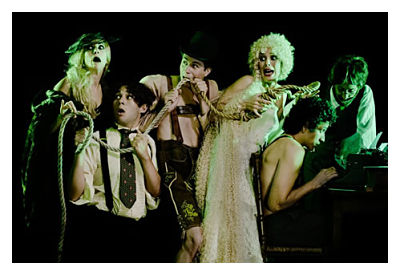 UPDATE: from interview of director Dustin Wills, published by UT June 13 at the alumni profiles section:

A. The show I'm working on right now is called Black Snow. It's adapted by Keith Reddin and it's based on a theatrical novel by Mikhail Bulgakov who was a writer at the Moscow Art Theatre during the Stanislavski era. I really liked it I think because this is going to be the first play I've ever directed that I didn't write or have a hand in writing or was able to work with a new writer to be able to rewrite. I cannot cut it, cannot change genders – so this feels more new to me than anything right now. 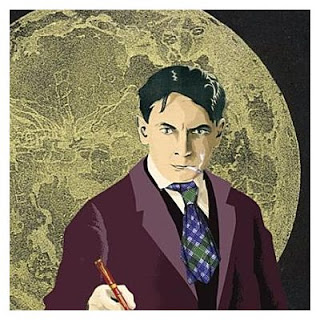