Review #2 of 2: CHICAGO by touring company
by Brian Paul Scipione 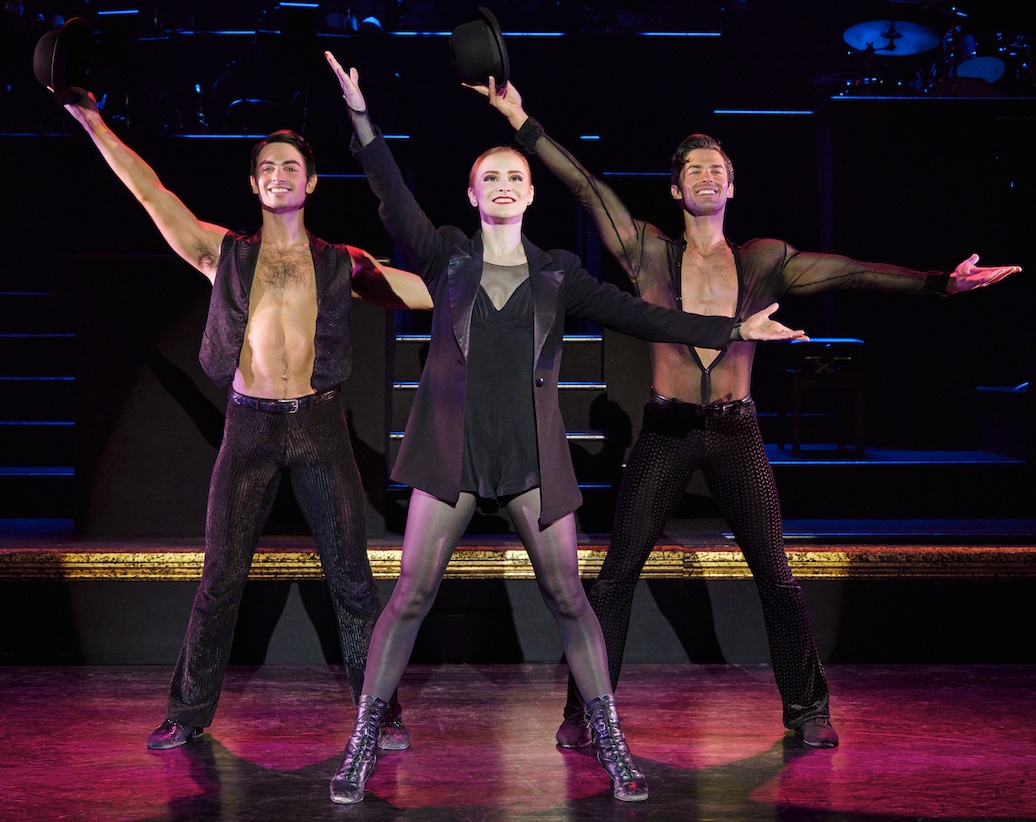 All the songs are fever dreams of the incarcerated. The set is an homage to the Duke Ellington Band’s scaffolded-style stage. The spotlights dance about like police search lights. The dancing is joyous, raw, animalistic—pure visceral sensuality and unbridled passion. If “writing about music is like dancing about architecture,” then the choreography speaks in sublime sentences that form poetic paragraphs . The music slinks like Eliot’s scampering marmoset.

The show elevates the timeless romanticism of the Jazz Age, both paying homage and reinvigorating it.

Chicago is indisputably a classic, a Broadway musical that delights performers and audience alike. The themes may seem heavy on the page but in execution this tour gives us a light-hearted romp with many a flight of fancy.The show gleefully makes heroes out of villains and thumbs its nose at traditional values. It states beyond a doubt that sometimes a cigar is definitely not a cigar, and it is completely fine to enjoy naughtiness for naughtiness’s sake.

And best of all it is the Fossiest of the Bob Fosse’s achievements. Without digging too deep or over-exploiting exploitation, the current national tour of Chicago is shamelessly on point entertainment with no need to contemporize itself for any reason. Simply put, it is an explosive night of fun theater, and that’s all. 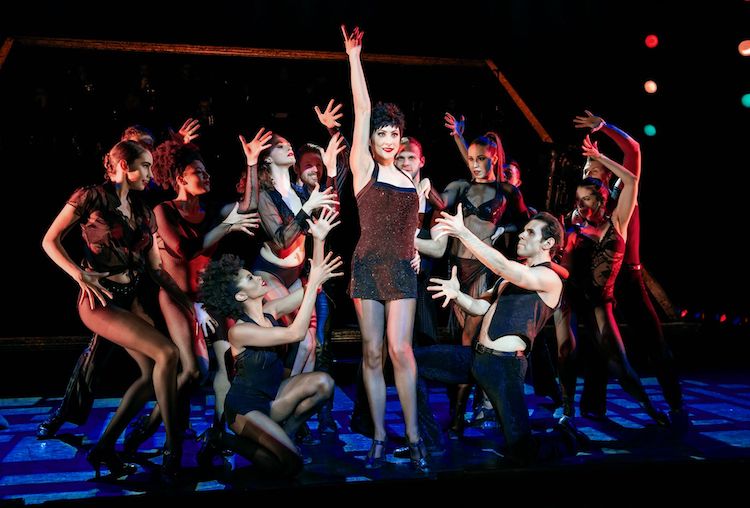 Chicago, which debuted in 1975, was based on a 1926 story by journalist Maurine Dallas Watkins, based on the true-life crimes she'd covered. Watkins, ahead of her time, focused on the odd cults of celebrity that developed around criminals such as Beulah Annan and Belva Gaertner, Jazz Age woman who gained notoriety while on trial for murdering men. Their cases raised questions about the evolving roles of women. Like the original newspaper coverage, the musical favored the women’s perspectives.

It's interesting that some claim Watkins so regretted glamourizing these crimes that she repeatedly refused to sell Fosse the rights to the story. After her death he was able to buy the story from her estate. He partnered with John Kander and Fred Ebb who wrote the libretto and score. Thanks to Fosse’s direction and choreography, the show was first a Broadway hit and then enjoyed a successful run in London‘s West End. The initial successes were dwarfed by the 1996 Broadway revival which went on to become the longest-running musical revival in history. The 2002 film version gained even more universal recognition and won the Academy Award for Best Picture. Chicago’s most famous songs include the much-loved All That Jazz, Cell Block Tango, When You're Good to Mama, Roxie, Mr. Cellophane, and Razzle Dazzle. 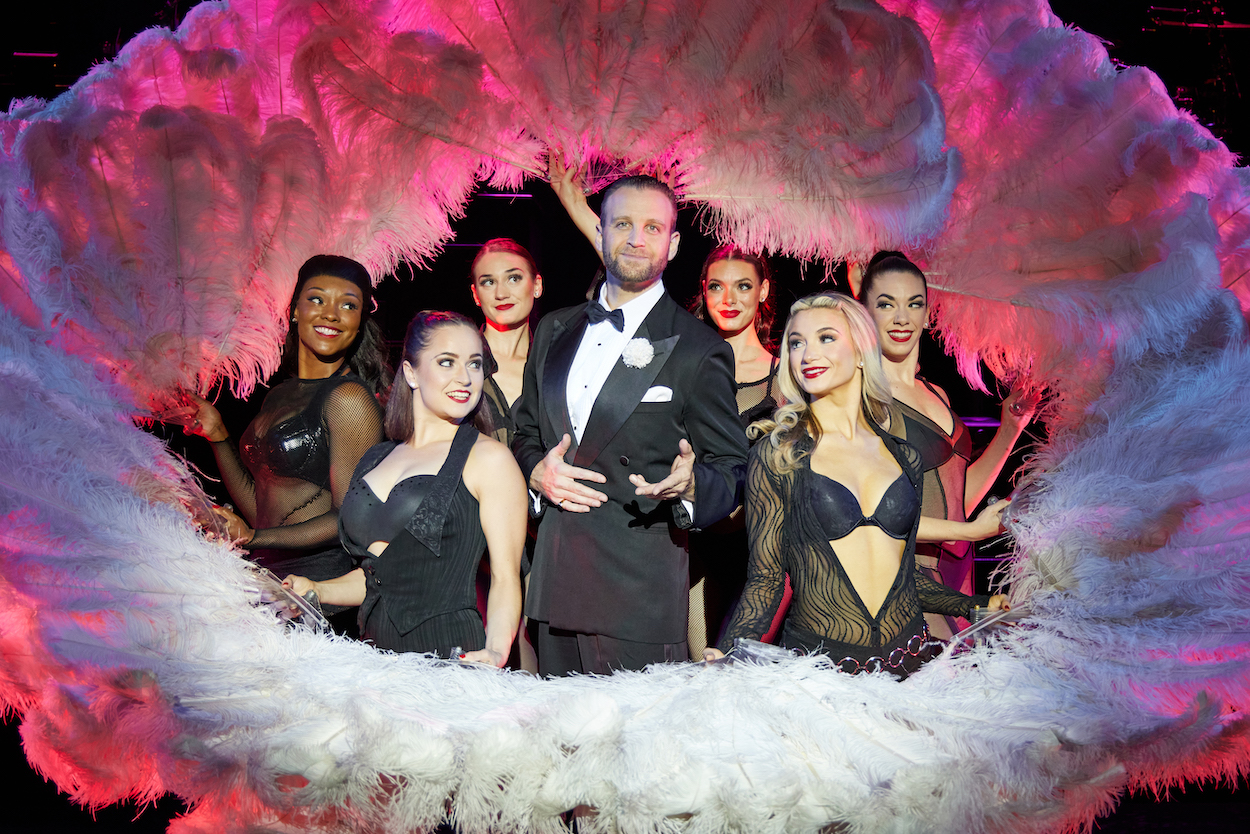 There is a warning at the top of the show about the play’s themes of murder and treachery. That alone makes it obvious from the get-go that everything will be tongue in check. The musical soundtrack explodes into fireworks of classic ragtime-Dixieland jazz which perfectly underscore the vocal leads. Its joyous enthusiasm is in constant contrast with the dark themes of the lyrics. The performers sing about their cold-blooded deeds with such casual aplomb that the effect is hyper-comic, almost cartoon-like. The touring cast is at the top of their game.

This production does not attempt to redefine Chicago; it does an amazing job of capturing the original spirit of the show: a death-row celebration of life. A very welcome message at this time.

Click to view excerpts from the touring company's program for Chicago.

Tickets start at $30. Tickets are available at texasperformingarts.org andBroadwayinAustin.com, by phone at (512) 477-1444, or from the Texas Performing Arts ticket office at Bass Concert Hall.