Certainly, you are familiar with the expression sucked all the air out of the room. We have all felt that moment. Now imagine feeling only that moment for nearly two hours without intermission.

Conor McPherson, an Irish playwright and screenwriter from Dublin, began writing in college and went on to find success on both the West End and Broadway beginning in 1999 with his play The Weir. He is considered to be one of the most successful contemporary Irish playwrights and his celebrated works include Port Authority, Dublin Carol, Shining City, The Seafarer, and The Veil at the Lyttleton. The Daily Telegraph called the Tony-award-winning McPherson"the finest dramatist of his generation.” 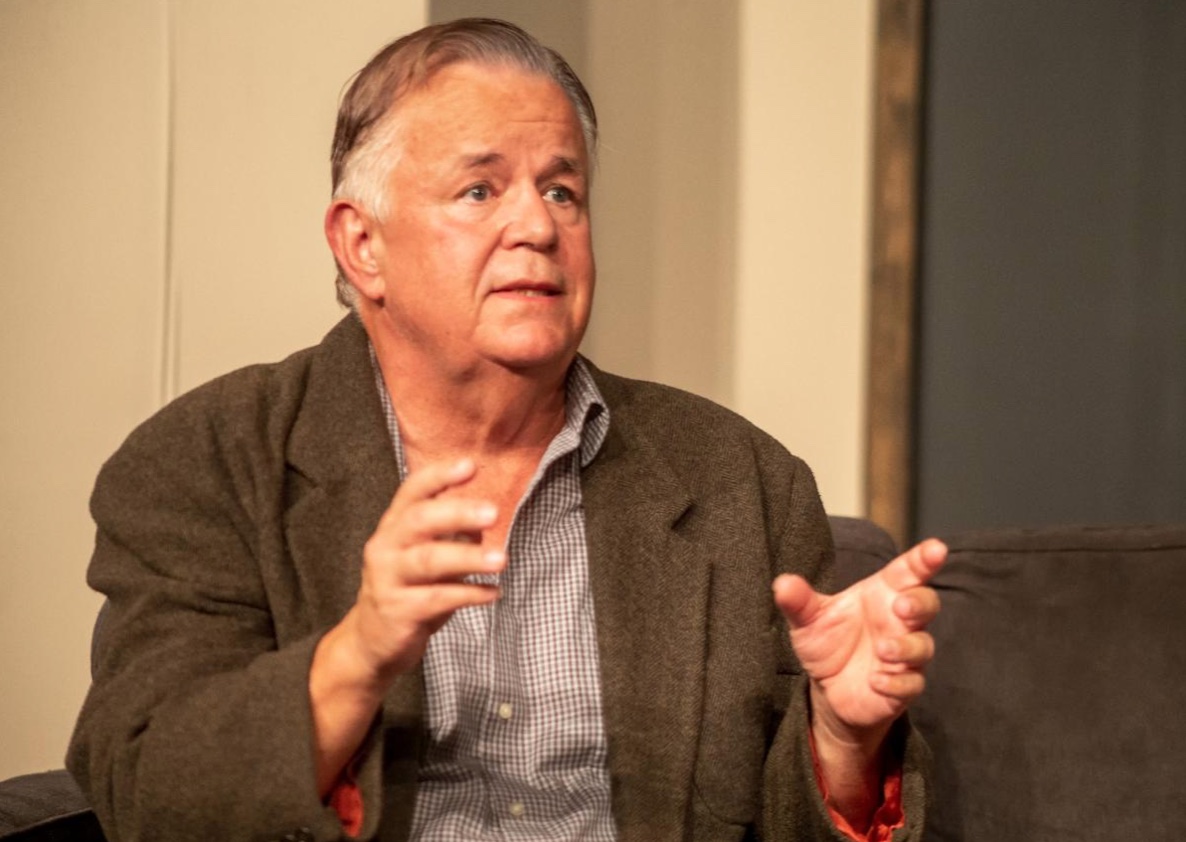 Grimes’s face acting is continuously challenged in this scene, and he rises to the occasion. However, it’s not quite enough to make compelling Felkin’s descriptions of every text message he exchanges with a woman he admittedly doesn’t even know very well. The play feels something like a prolonged read through. We learn too much about the character of John to be sympathetic to him and not enough about the other characters to engender sympathy for them. 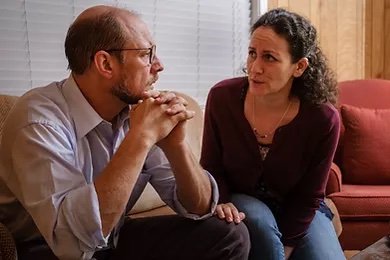 The  third scene is the highlight, in which we discover Ian's deep secret . He has recently mutated from clergyman to therapist to divorcé to struggling single trying to find romance. Here is the play’s best story but it is relegated to a rushed subplot.

The interaction between Grimes and Smith is far and away the focus of the show: their sparring dance of intimacy and reluctance is both sweet and charming. The audience longs to hear more about this complex therapist figure and less about the spoiled man who feels guilty that he married a wife he considers too dowdy, even though he himself seems to have no redeeming values. Perhaps if his love affair had been more successful, he'd be more likeable, but as it stands it's hard to root for him. John seems to deserve his haunting guilt since he has made only half-hearted attempts—both to ruin and to save his marriage. Perhaps McPherson hopes that it's enough that we should feel bad for him because he's trapped with a woman that he believes not good enough for him. One hopes that's not the point.

The Irish accents of the play are spot on, and the majority of the play’s cursing (which dominates a great deal of the dialogue) feels natural. There are moments when Felkin’s John seems to be cursing like a teenager among his friends, that is, doing it only because he feels he has to. This makes it feel like an affectation throughout. The cursing of other characters sounds like it's printed in bold typeface.

Grimes’s use of stuttering and jerky movements lends his character an appealing naturalness that engages the audience. Gilg’s time on stage is woefully too short, but she manages to create an electric spark between her and the audience that leaves the viewer wanting more. Her grief is palpable and her desire to save her marriage compelling. Again, this is another great performance relegated to a subplot.

This production was originally scheduled to be staged before the pandemic Perhaps at that time the story seemed more relevant. Now McPherson’s tale of a tragically boring marriage seems a bit out of place . . . thought this production of Shining City does prove yet again that great actors cannot be held back by poor material. 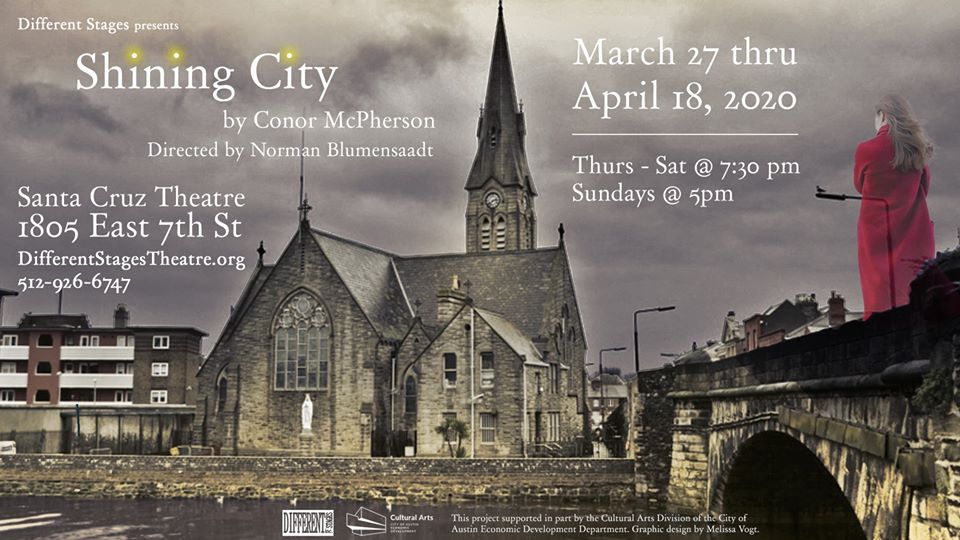