Review#1 of 2: The Pact by Jarrott Productions
by David Glen Robinson

The Pact by Austin playwright Max Langert is a comedy exploring contemporary relations, with a heavy emphasis on action involving cell phones. Cell phone acting and storytelling are yet another trope marking a new horizon in the theatrical world. Look for more of same in the future. 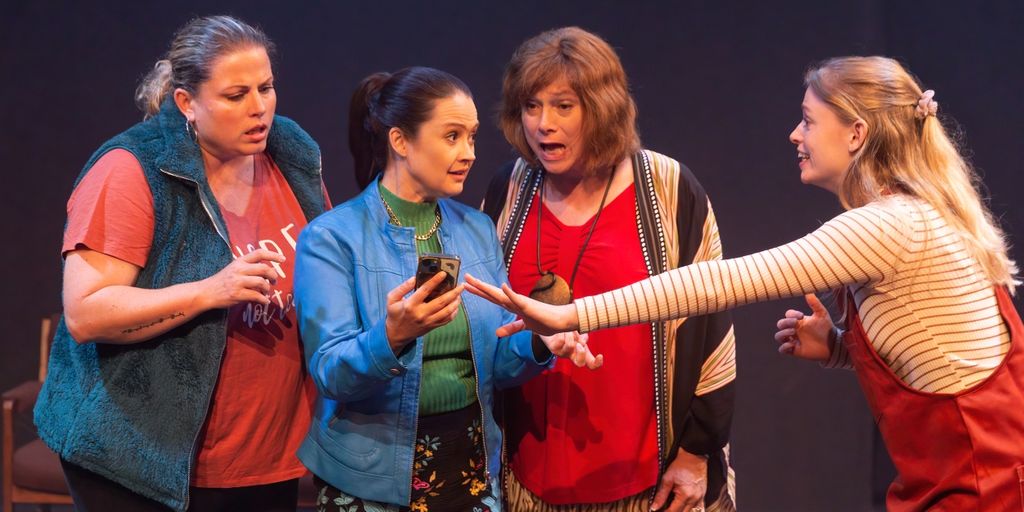 Langert’s sophisticated writing creates a somewhat wacky middle-class family. Their dysfunctional behavior and failed, destructive relationships are a teaching vehicle. The Pact is a dark comedy that informs us (without becoming didactic), “Don’t do this.”

Langert scrupulously lays down all the clues, and everything feeds into his messsage. But beware of the ambiguity created by possible red herring. Clues are set everywhere—in the punchlines, the ongoing routine of the journal stashed on top of the water closet, the messy post-empty-nest bedroom, the dresser drawer left half an inch open, the flesh-colored swim trunks, and elsewhere. Sometimes a cigar is just a cigar. In the end, however, Langert picks up all the sticks of his plot, and nothing seems gratuitous. Unlike plays of other playwrights of recent review.

The premise ioffers s a conventional family, a retired couple with two grown daughters and a granddaughter. But that's just the foundation. The story is built around a few notably colorful characters, the first being the patriarch, Glenn (Dave Jarrott). He brings the family together to talk about his "grand plan", but his wife, Carol (Lisa Scheps) throws monkey wrenches into it every step of the way. These scenes illustrate marital conflicts well-worn over decades.

Why put up with them? Because both parties need them. And that is the definition of codependence. We look on chuckling at the repartee, partly with a sense of guilt. Kudos to the actors who make it seem real. Dave Jarrott and Lisa Scheps are the very conjunction of excellent contemporary Austin theatre-- Jarrott Productions and Ground Floor Theatre performing at The Vortex on the Eloise Brooks Cullum stage. 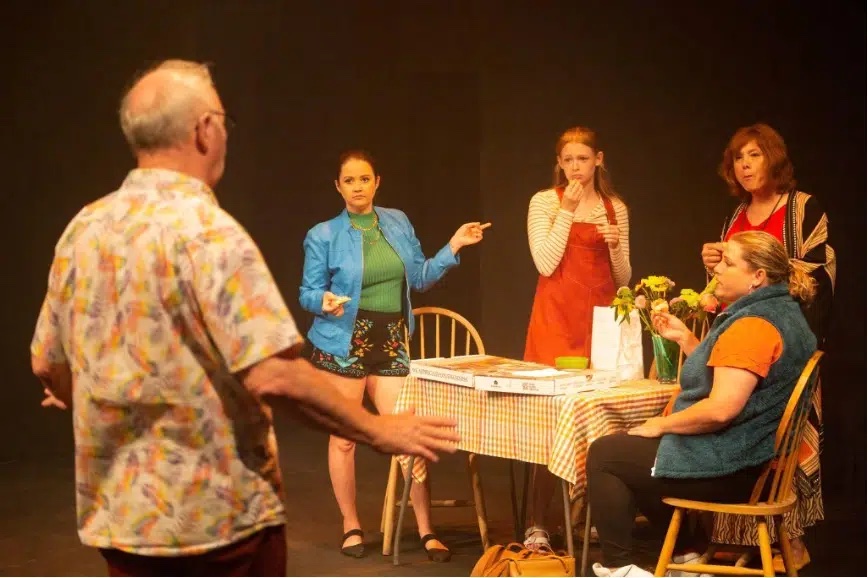 Natalie Garcia as Nancy locks character tighter than almost any actor I've recently watched. As for sheer acting talent, well, she’s sick with it. When one follows Garcia's character-building through a play, one's convinced she could inspire another play centered about that same character. She enriches her roles that much. Plus, she delights in the rapid pace and drives it forward. When the house lights come up, we go home wondering when we’ll see her next.

Jennifer Jennings as Susan and Hannah Schochler as Keira are remarkably well-matched physically in their roles as mother and daughter. Jennings has flown through several demanding roles and shows great agility in this one. Schochler, a recent grad of St. Edward’s University, enjoys her ingenue  assignment and stands up well against a cast of highly skilled veteran actors. The cast shows great balance all around, creating a believable, if highly dysfunctional, family in a more-or-less absurdist plot. Can you believe it?

And did we mention the quick-as-lightning pace? The Pact doesn't slow down from the first entrance of Carol into the simple dining room set with its table and chairs. Director Will Gibson Douglas deserves great credit for this as well as for the actors' clear enunciation. The people of Jarrott Productions are establishing high standards for fast-paced dramas and comedies. 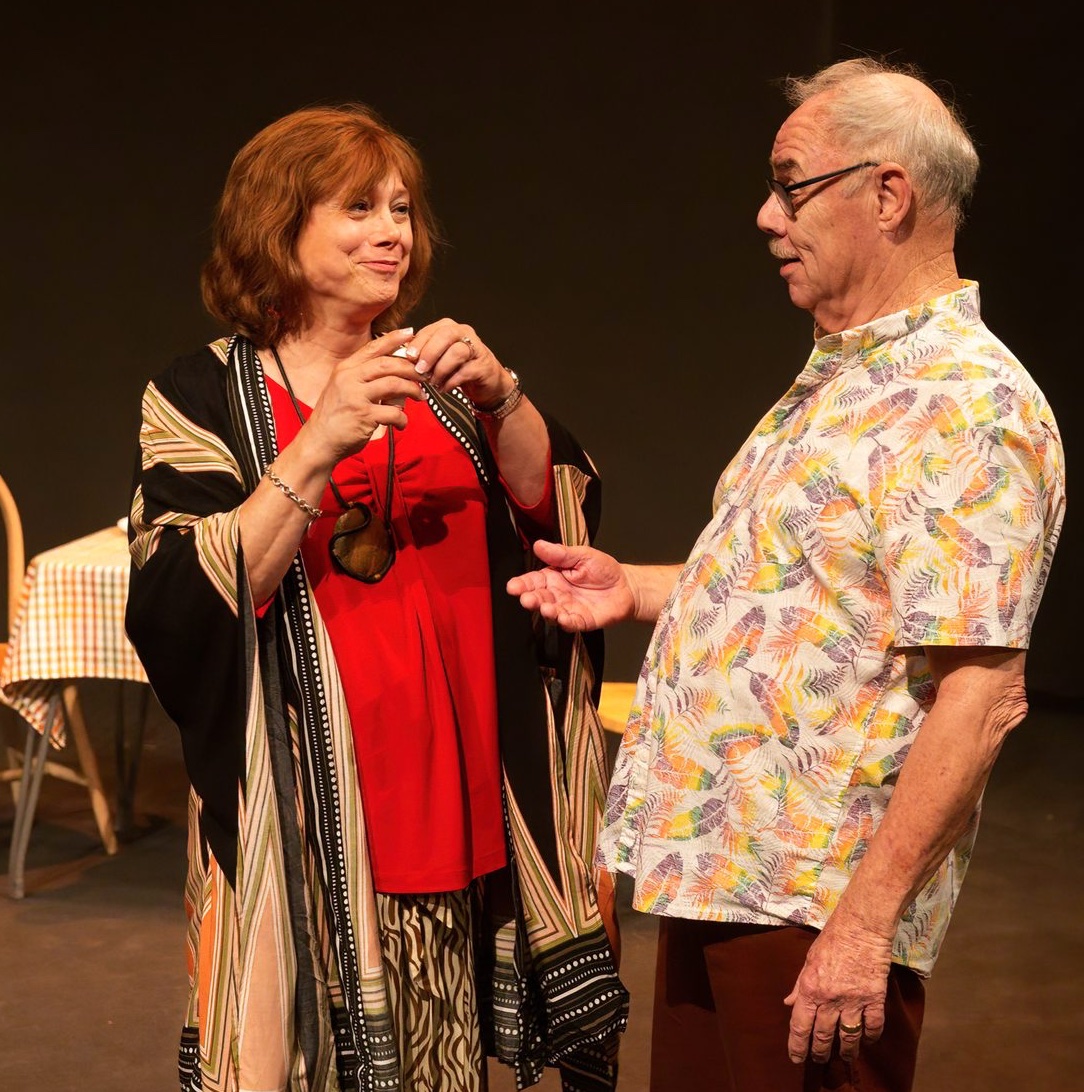 All plays wind down. The Pact has a definite ending, but it doesn’t move perceptibly toward its resolution until near the end (that’s OK, we’re enjoying it a lot). One can initially miss the direct script path leading there. A hint: a certain seismic shift takes place when food concerns shift from pizza and garlic knots to Mom’s chili and white wine. Then the stakes become mortal.

Alison Lewis did exceptional work in creating the rather spare sets and the subtle but influential lighting. The lighting design was tasked with the contemporary standard job of changing scenes on thrust stages. Lights down; lights up.

Costumer Aaron Flynn was practically a character director. He nailed the retirement-approved colorful shirts, slacks, and flowing summer dresses. The younger set were clearly ready for the hurly-burly of modern life. Nancy was particularly characterful, especially from the waist up.

The Pact runs through October 15, 2022 on the Eloise Brooks Cullum stage at the Vortex on Manor Road in east Austin. It is highly recommended for those thirteen and older.

Use of The VORTEX is made possible through the support of VORTEX Repertory Company. 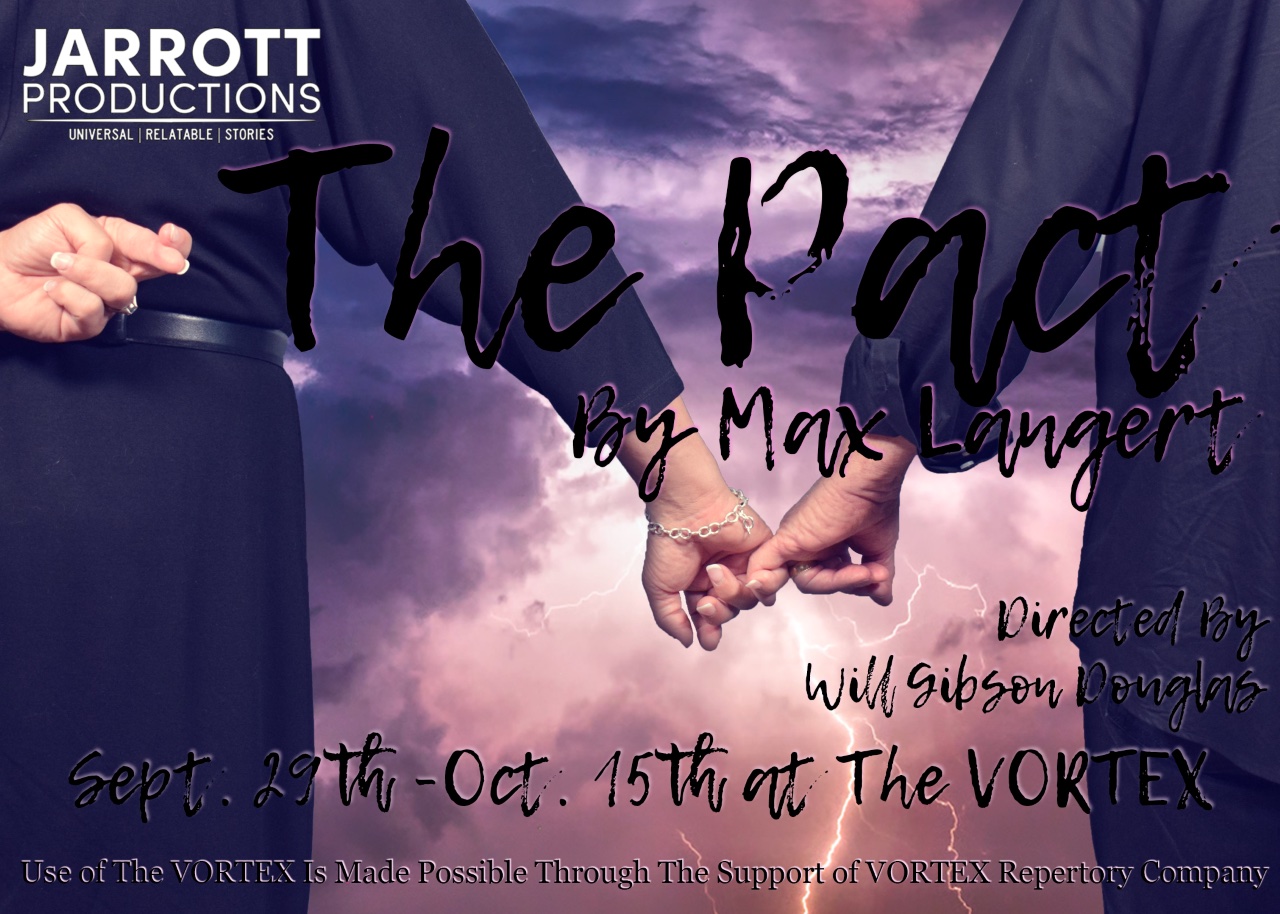