Review: Into The Woods by Zach Theatre
by Michael Meigs

We've all been lost in the metaphorical woods for the last year and a half, and it's no wonder that Zach producing artistic director Dave Steakley turned to the haunting, wrenching, and perennial Into the Woods for Zach Theatre's return to live narrative performance. He's eloquent about that decision in his director's note to the intangible but nevertheless substantial program, accessible by QR code and smartphone:

The idea for this production originated last year, just six weeks into our Covid lockdown, with an online 90th birthday tribute to Broadway composer Stephen Sondheim. At the conclusion of the livestream, Bernadette Peters sang "No One Is Alone" from Into the Woods from her NYC apartmentt. Her vulnerable a capella performance deeply moved me in that time of uncertain isolation. It was the tonic my soul needed, and I know many other theatre fans felt the same. [. . .]

Think of Act I as 2019 when fairytales still seemed possible, and Act II as 2020, when our characters begin the year joyously, until a Giant crashes their happy-ever-after, bringing devastation.

Many participants in Austin's live theatre scene have found themselves obliged to pivot since early 2020, a fact reflected in the revised nomination categories for the city's B. Iden Payne awards for outstanding theatre performance. Some have resorted to outdoor performance; more have tried their hands at streaming video. Steakley and a Zach staff, bolstered by Federal grants of $1 million of Payroll Protection and $2.6 million as a"Shuttered Venues" grant, give new meaning to the term "pivot." With this production it's audience members who pivot.

The production is staged in the round --not in the conventional "audience-surrounds-players" round, but instead with play action apt to pop up at any point along the periphery of the audience space. The above photo is taken from the viewpoint of the Topfer Theatre's front, looking out over the "People's Plaza" and toward the immense tree that stands before the institution's secondary venue, the Kleberg Theatre.

Ticket holders go through an admission line where they present photo ID and evidence of vaccination or a negative COVID test to receive a discreet "Z" sticker of authorization. When they look out onto the plaza, they're probably nonplussed to see an extensive, miscellaneous collection of office chairs. It turns out -- and I do mean "turns" -- that as the action shifts, those audience members pivot in their chairs, quite literally, in order to observe it.

It's a clever concept, and it works. Steakley suggests that the arrangement hints at all those office spaces left uninhabited when much employment shifted to work from home. There are some inconveniences -- action along the ramp to the Topfer requires beams from spotlights that may dazzle audience members along the north edge of the seating space, and the large lighted illustrations for the four objects of the baker's quest are placed too low on south side to be read from those of us who were along the northern edge. But the platform beneath the tree is sufficiently elevated, as is the higher stage backing against the Topfer. And this, appropriately, is an egalitarian space, where no seat is inherently better than any other. Audience members' mask usage got sloppier as the evening went on, particularly after the twenty-minute intermission, but at least we all had the consolation of knowing everyone was vaccinated or had presented documentation of testing negative for the virus.

The production is first-rate, even considering the modest inconveniences of pivoting. The concept is strong, the voices are excellent without exception, and Steakley's blocking consistently surprises and amuses. For example, that "Juliet balcony" that's hung mostly unused on the Topfer façade since the 2012 inauguration serves nicely when Cinderella captures her handsome prince.

The use of video captures from news reports of 2020 is less successful. In McLuhan's terms, video is too "hot" and interrupts the watchers' desired focus on characters. The silenced interview of Dr. Fauci and TV coverage of Black Lives Matter confuse more than they evoke or elucidate. The medium is the message and overrides the live action taking place before us.

Into the Woods by Sondheim and Lapine is a comfortable if not comforting piece. It's well known and familiar. CTXLT has listed no fewer than 15 other productions since 2008. Weaving the Grimms' fairytales together in Act I, the production delivers a happy ending by intermission time and in Act II undoes almost all of the characters' successes.

Playing to and then against stereotypes is a challenge. A number of the characters start out and remain cartoonish or at least only hastily sketched in. Most impressive in this cast of fifteen is Paul Sanchez. As the earnest but sometimes befuddled baker sent on a quest by Nova Payton as the ferocious witch, Sanchez is comic but also eventually tragic. His dogged efforts to qualify for the witch's lifting of the curse of childlessness are the essential throughline to the action. For Act II Sondheim dwells on the dark unpredictability of the human condition, including betrayals, catastrophes, and disappointments. At the finale, the yearning anthem "No One Is Alone" is delivered by four characters who do, in fact, find themselves solitary after deaths or disappearances; the baker's infant becomes the symbol of the stubborn continuation of aspiring humankind.

No one wants to be alone. Zach's invitation to live theatre is on offer Tuesdays through Sundays at 7:30 p.m. until November 7. Do yourself a favor; find an evening to enjoy the music, comedy, disappointments, and tragedies. You know -- like in real life.

Into The Woods
by Stephen Sondheim and James Lapine
Zach Theatre

Special Events in celebration of Into the Woods:

Tickets are available online at zachtheatre.org, by phone at 512-476-0541 Monday through Friday, 12–5 p.m. Free, short term and convenient parking available at the front entrance. ZACH Theatre is wheelchair accessible. Student Rush Tickets are $18 one hour before show time (with valid ID). A limited amount of Pay–What–You–Will tickets are available the day of for Mainstage preview performances only. Groups of 8 or more may request reservations by calling 512-476-0594 x3 or by emailing groupsales@zachtheatre.org.

Age recommendation: Thirteen and up.

A photo of a physical vaccination card

Final vaccine must be dated at least 14 days prior to show date. 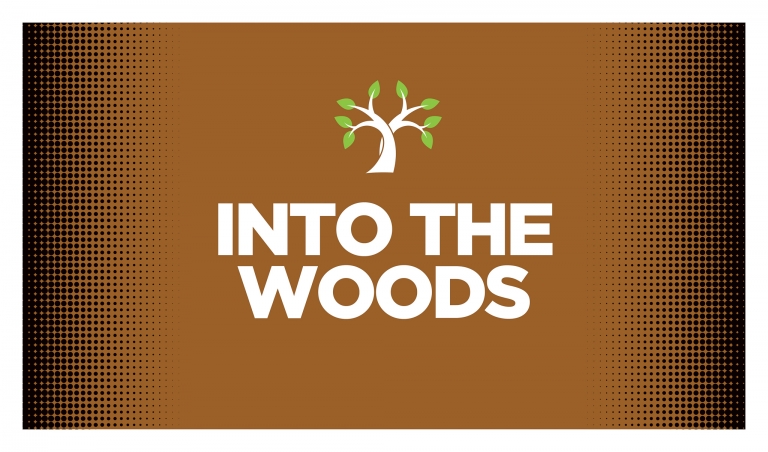