In livestreaming, the waiting is the hardest part. The happy live-chatting audience could slap brief emojis on the screen from a short menu of such provided, but that was all. The waiting and the delayed start were harbingers of the technical difficulties to come. But the performances eventually did start and run their courses, and while the technical support staff sweated bullets to drive the beast forward, they ended with a solid success for Deaf Austin Theatre (DAT) and its premiere show, DAT Deaf Short Play Festival.

The second night of original livestreamed short plays would play the following night, Saturday. To Austin audiences starved for theatre, Deaf Austin Theatre is highly welcomed, albeit to our pandemic-straitened circumstances. Also, according to self-locating among audience chatter, the premiere night drew audience from NYC, LA, and the University of Houston. Clearly, Deaf Austin Theatre and its leaders Brian Cheslik and Sandra May Frank are tuned into the national deaf arts communities and we couldn’t be happier.

The first night’s program of three short plays, or playlets, all took place in elevators. The actors imaginatively created their sets in text and gestures and thus eased the burdens of set production for three otherwise diverse playlets. The dialogue in all three performances was signed, with voiceover interpretation for the ASL impaired. No comedies were presented.

The first elevator was stuck (“Five Years of Little Its”) containing a newly divorced couple venting their rage, one was an elevator to someone’s afterlife (“A Better Place”), and the third was an office building elevator (“Ding!”) in which two deaf gays found an opportunity to meet.

The strength of the plays and the show is that they all moved past their livestreaming format and conveyed real onstage performance energy. DAT presented real short plays, not some online innovation showcase. This is so refreshing for theatre mavens striving to get back to live theatre. The producers were probably surprised at their own strength: the plays were so absorbing that the audience could easily overlook the somewhat greater than normal technical difficulties with livestreaming—screen switching, sound syncing, cueing flubs. When the playlets started, all that was forgotten.

Still, this reviewer for one can’t wait to see productions that stand or fall on the boards directly in front of me, not in a tech booth somewhere. Please note: I shall be standing or falling with you at that happy time. 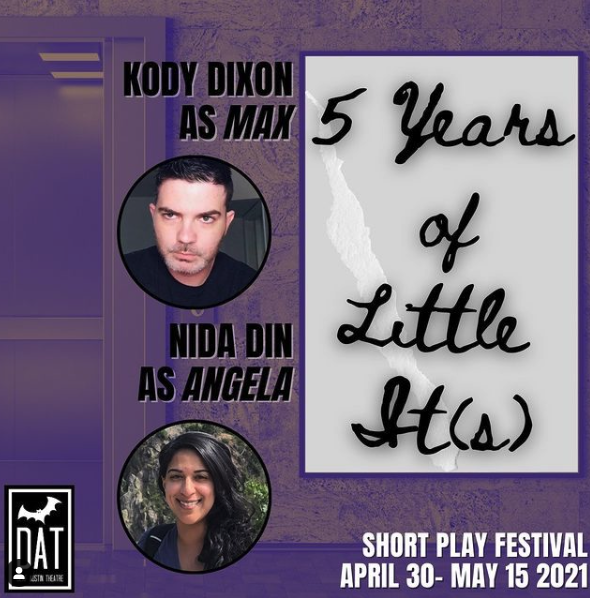 The performances, while diverse, seemed uniformly proficient, not simply due to their shared elevator premise. “Five Years of Little Its” didn’t hit its premise and locational mark right away. The couple stood in front of blank walls in differently lit sets and on different screens. Their task was to convey action taking place together on a stuck elevator, and they had to establish in text the set as an elevator compartment. They were not entirely successful. Instead they concentrated on the rising emotional scale of their accusatory debate. In that they enjoyed a triumph. 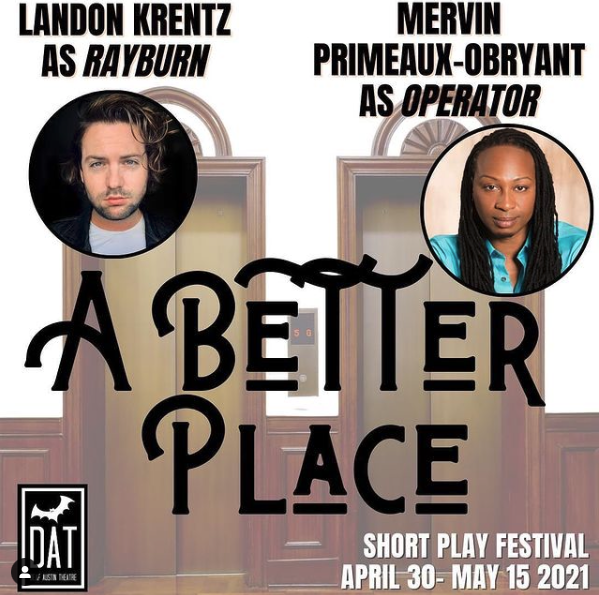 “A Better Place” could have had three words in front of the title: “The Elevator to.” That says it all about the playlet except that the elevator operator was a large male cross dresser in the role of Charon. The play found interesting innovations, chief among them new ways to touch elevator buttons (touching the camera lens directly to change the view of the characters). 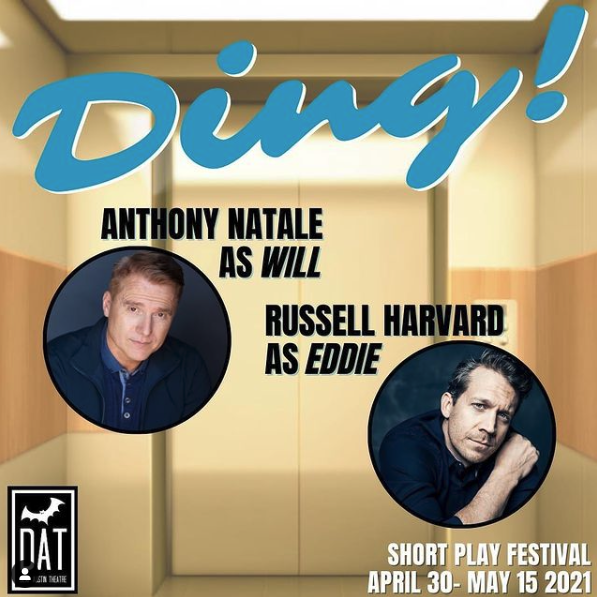 “Ding!” is the wickedly apt double-entendre title of the last playlet and the only work to address deafness thematically in its characters. “Ding!” is about the fantasy meeting of two deaf gay men on an elevator and how they ponder a possible relationship during an elevator ride. The problem for the playwright, but not for the excellent actors, was the lack of passage-of-time ellipses on a premise-required elevator ride between several floors of a tall building. We went from “Hello,” to “I don’t want this,” to sensitive hand holding in the space of an imaginary real-time elevator ride. The arc of the relationship could not be shoehorned into the arc of the elevator ride, and nobody was believing it. The playlet was watchable for the actors, who treated the material like an advanced acting class exercise. They gave the performance superb timing, room to breathe (no mean feat on an elevator), and easy conversational dialogue in sign. Believability and memorability would have been attained with ease in some other setting.

The first night of the Deaf Austin Theatre’s DAT Deaf Short Play Festival was an auspicious beginning to many such nights of theatre. The Q & A session after the plays was illuminated with the enthusiasm of the playwrights and directors, all of whom stated their desires to write more and direct more. Producers and hosts Brian Cheslik and Sandra Mae Frank may have created their own youthful community of diverse and talented artists with their Deaf Austin Theatre.

This will be a virtual event starting April 30th- May 15th, premiering six new short plays written by Deaf playwrights.The event will start off with a 2 night premier live streamed event, hosted by Sandra Mae Frank & Brian Andrew Cheslik. We will watch 3 shows one night and 3 shows the next. We will also have a live, audience participated Q&A with the writers and directors of that night's pieces.Then all of the shows will be available for on-demand streaming through May 15th.

On Demand Streaming
May 2nd thru May 15th
$15 for full access to all 6 plays. 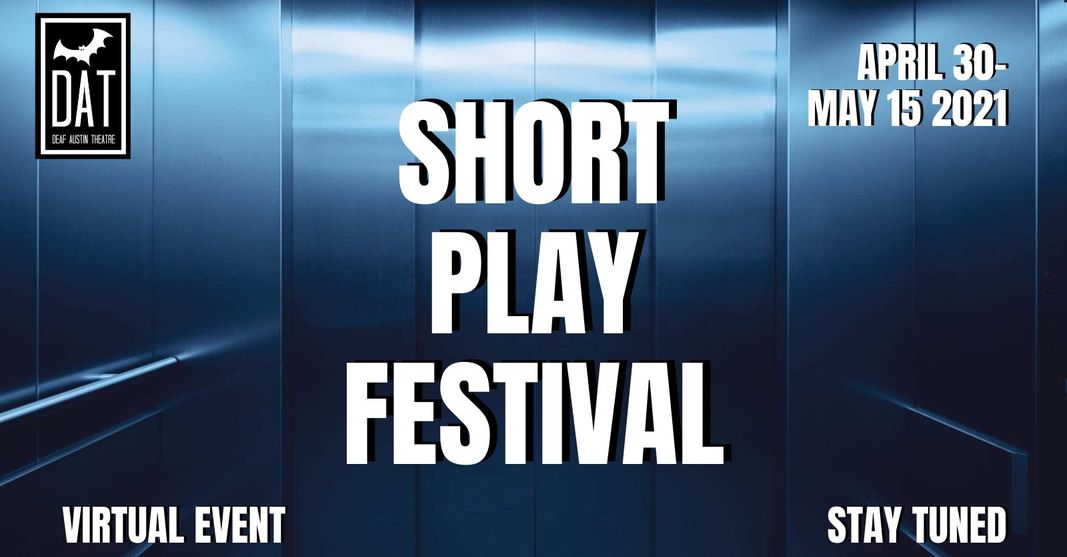 Deaf Austin Theatre (DAT) is a non-profit organization, whose purpose is to enrich, inspire, educate, create and entertain the Austin community by producing live theatre experiences in American Sign Language …