The Grand Ole Opry has a long history dating back to its origins as a radio show on Nashville's WSM, a radio station established by the National Life & Accident Insurance Company on November 28, 1925. George D. Hay, an immensely popular radio announcer, called his weekly show the WSM Barn Dance (the name “Grand Ole Opry” was introduced in 1927). An opry is an Americanized form of the word opera.

By the 1930s, the show had become a live broadcast of four-hour stage concert featuring Americana, bluegrass, country, folk, gospel, and western music. The Opryh ad its first run on syndicated television from 1939 to 1956 on the NBC Red Network. Today, the show features a combination of famous and contemporary artists who are considered Members of the Opry. It is the longest-running radio show in the history of the United States, and it is still located in its hometown. And what it is today owes a lot to the legendary ladies of the Grand Ole Opry.

As part of Zach Theatre's ongoing Songs Under the Stars series, socially distanced outdoor concerts on the People’s Plaza in front of the main building, Legendary Ladies of the Grand Ole Opry celebrates some of these superstars.  Zach hasn't pulled any punches with its star power. This show is as dazzling as a lucid summer night in west Texas. Laura Benedict, Leslie McDonel, and Sidney Scott deliver powerful performances.

Laura Benedict is local musical royalty with a long and recognizable career here and around the country. She has starred in numerous Zach productions, including as Patsy in Always, Patsy Cline. She has played with the popular “Rotel and the Hot Tomatoes,” and has performed twice at the White House for President Bush. A member of the Iowa Rock N Roll Hall of Fame, she has opened for the Oak Ridge Boys, the Neville Brothers, and the Pointer Sisters, gotten a Grammy award nomination, and is the voice behind the well-known and incredibly catchy jingle for ThunderCloud Subs. 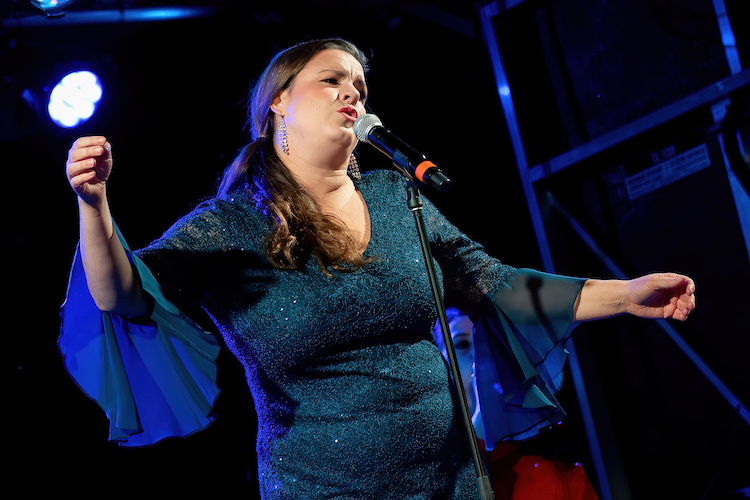 Sidney Scott, her daughter, a singer-songwriter known for her distinctive blend of folk and soul music, joins her onstage. No stranger to the footlights, Scott was featured in Zach’s rockin' version of A Christmas Carol.

Leslie McDonel has graced Zach’s stage many times and appeared on Broadway in American Idiot and Hairspray. She was in the touring production of Legally Blonde and has appeared on television and infilm.

And what better to match with all this talent than the songs of the most talented ladies of the Grand Ole Opry?

Since last fall’s Songs Under the Stars Series, Zach has added a stage to their outdoor courtyard. It's big enough to accommodate the singers and move the band from the indoor lobby to a location in front of the audience. Four musicians were a guitar player, a drummer, a bassist, and a slide guitarist who also handled keyboard duties. Overall, the band was a subdued affair with very sparring use of keyboards and virtually no soloing.  They did an excellent job of showcasing the singers who were the heart of the show—though, personally, I missed the jingle of the black and white keys during the honky tonk numbers. The band was made up of Lannie Hilboldt, Jamie Hilboldt, Kevin Hall, and Bob Overton.

Many of the numbers were on the slow side, but some in the audience were stirred to their feet during high-speed numbers like Dolly Parton's “Jolene.” Seating adjusted for social distancing seating left plenty of room for boogying down.

Costumes, hair, and make-up were on point. Putting the three singers into gorgeous red, white (technically silver), and blue dresses was a great touch.

Rounding out the show were wonderful stories, jokes, quotes, and anecdotes that filled the time between the musical numbers. These brief respites between the songs were a must, for every number was a powerhouse rendition. My personal favorite was the emotional and inspirational rendition of the trio version of “After the Gold Rush.”

Whether it was intentional or not, this concert’s collection of classic country songs performed with true heart and soul could be seen as a slap in the face to today’s Top-40 formulaic country songs—a necessary and welcome reminder of  beautiful songs of the not too distant past.

Note: The live Grand Ole Opry concerts have ended but can be streamed from the Zach Theatre website through April 6.

SONGS UNDER THE STARS: SPRING SERIES 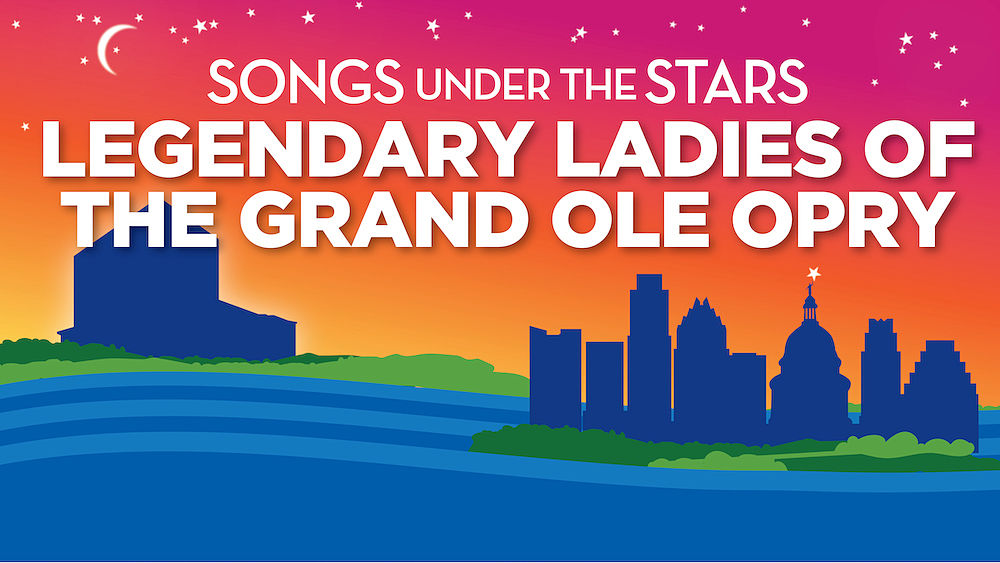