Once again, Austin's Different Stages has found a different stage, and as with many others, has mastered it. The Cricket on the Hearth was billed as a staged reading, but turned out to be considerably more than that.  The costumed actors performed very much in character as the early Victorian persons Dickens enlivened to colorful perfection. Their Zoom window backgrounds revealed props or held a few set pieces, and occasional deft touches emphasized connections despite physical separation.

Norman Blumensaadt's longrunning  company has shown its solidarity and resilience in these darkened times with this clever Zoom/YouTube presentation. Blumensaadt, producing artistic director, adapted it forthe virtual stage with assistance from Karen Jambon, Katherine Schroeder and the cast. Credit for direction isn't explicitly identified; one assumes a team effort. The Zoom performance of the cast was livestreamed through YouTube and stage-managed on computer by the Vortex's Melissa Vogt.

The Cricket on the Hearth is Dickens’ 1845 Christmas gift to the world, at the middle of the series of annual end-of-year novellas he published between 1843 and 1848, initiated with the now better-known A Christmas Carol. Different Stages’performance done on January 6, 2021, Twelfth Night and Epiphany, pays full honor to that tradition.

The play portrays family relations in nineteenth century England, all marked by deception. Husbands, wives, courting men and women, employers and employees, all lie and deceive each other for a variety of purposes, for good or evil. The story may be taken thematically as a riff on all the reasons why people lie. And, of course, it's implicitly a riff on why Christmas is the antidote to all that.

Deliberately heart wrenching is the story of Caleb Plummer, played by Michael Costilla, and his blind daughter Bertha, done by Lucky Cantu. Caleb serves as his sightless daughter's eyes, but he describes their low estate as one actually of richness and elegance. And he misportrays his ogreish employer Mr. Tackleton (ironically, a toymaker, played by David Beau Paul), as a kindly prince among men. When all that comes crashing down, as it must, the deceit is redeemed by the innocence and purity of young Bertha, performed with wonderful sweetness by Cantu. This is not the central plot line, which focuses on the impending Christmastide nuptials of grouchy old Tackleton. A perpetual theme in Dickens is that personal and social problems confrontng a character must be worked through by the individual in question. This is especially so in the Christmas stories and even more so in The Cricket on the Hearth. 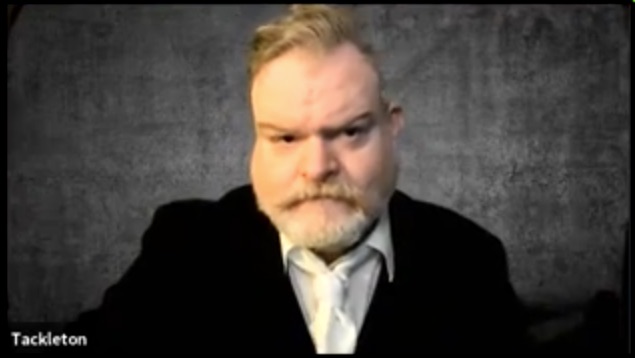 A cast of faces very familiar to devotees of Different Stages works well to bring together the story though they're parceled out in Zoom boxes, one compartment to a character. Sam Grimes and Annie Kim Hedrick exert the heavy lifting as the pivotal couple, the Peerybingles. David Beau Paul as Mr. Tackleton seems scarcely confined to his Zoom box, but as always he puts in a measured, nuanced performance.

Annie Merritt plucks the Christmas plum from the pudding by portraying all animal characters—the titular cricket, an eager canine, and the offscreen carthorse. She's  also  the ingénue May Fielding. We must see much more of such a versatile actor as Ms. Merritt. 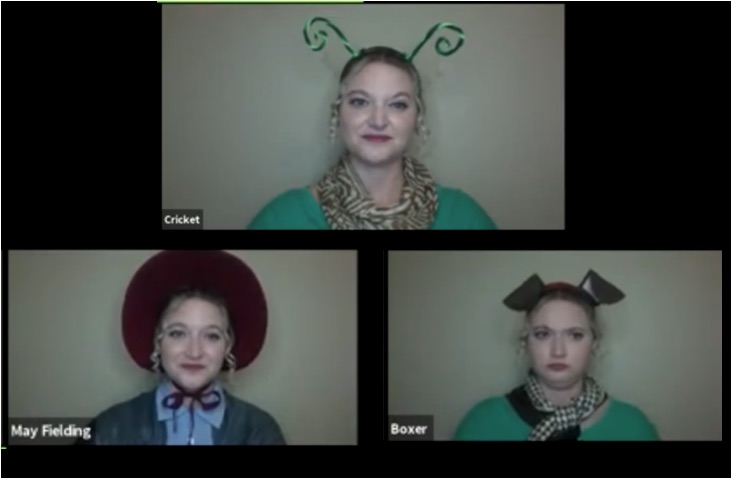 The cast as a whole slips very well the constraints of performing in a narrow video window that limits the actor’s usual toolbox of skills. Physicality is especially limited, but skills in voicework make up for that. The British accents of the ensemble are effective and practiced. Character expressiveness is variable across the cast: I found myself watching preferentially those characters having large, mobile eyes and faces.

The production is an imaginative and effective effort, and the story is well told. Online performances such as The Cricket on the Hearth heighten our anticipation of our happy future when we can finally witness live actors again treading the boards in the full play of character, talent, and story. With The Cricket on the Hearth Different Stages suggests a return to such magnificence, largely through its choice, as usual, of unfamiliar but striking material and its excellent dramaturgy.

The Cricket on the Hearth
by Charles Dickens, adapted by Norman Blumensaat
Different Stages

January 07 - January 16, 2021
Streaming
via internet
Everywhere, TX, 78700
Different Stages presents a FREE Zoom reading of Charles Dickens’ The Cricket on the Hearth
Available on the Different Stages You Tube Channel on demand through January 16th.
The presentation is FREE.
Watch Now
Donations to Different Stages accepted. 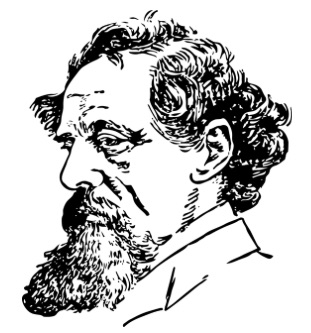