Gliders by Rita Anderson is a story set in the late Sixties of domestic abuse and a fractured family. The first Moon landing is the background of the play but it's no more than that, background. We see elements of three generations of a family of mothers and daughters. The family cannot gain lift-off due to the instability, alcoholism, nicotine addiction, and promiscuity of the matriarch, who blames it all on her early widowhood. The production by Different Stages furthers its recent trend away from canonical works by Shaw and Ibsen and their ilk and toward contemporary plays by relatively new playwrights. Karen Jambon directs this work on stage now at the Trinity Street Playhouse. 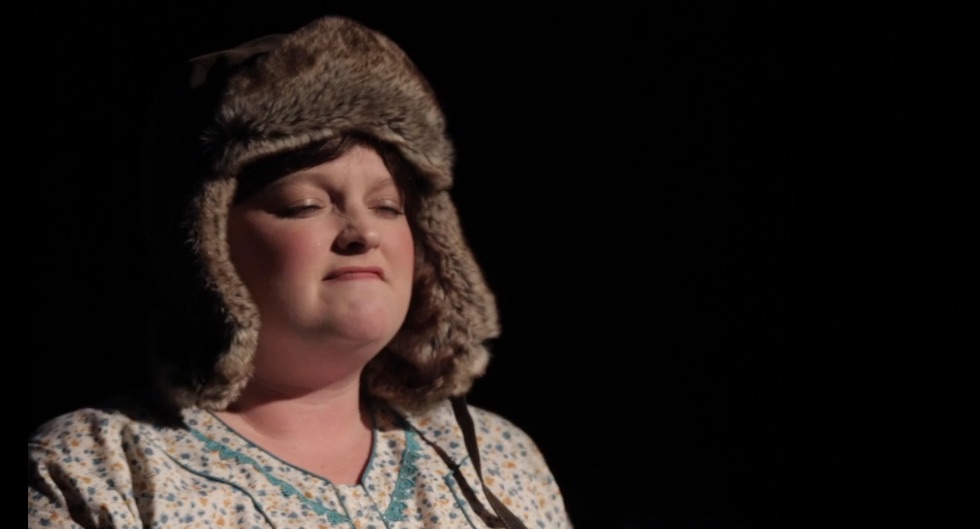 The title reference is to the U.S. Army’s glider forces in World War II. The idea behind the gliders was to facilitate landing large numbers of infantry troops behind enemy lines to carry out surprise attacks in the rear. The gliders were supposed to deliver troops in smooth landings in open fields in numbers far greater than capable by parachuting troops or airstrip landings in expensive transport aircraft. The wooden gliders, once designed and tested, could be built in large numbers, filled with infantry, towed into the sky by C-47 transport aircraft with cables, and released to glide onto the fields of their attack points. In reality, all attacks by glider forces in WWII failed, resulting in huge numbers of casualties, with the additional result of the gliders gaining the sobriquet “flying coffins.” For obvious reasons, there have been no glider forces anywhere in the world since World War II.

So what are gliders doing in a play about family relations?  One of the granddaughters, Leslie/Dawn, played by Melissa Vogt, has gained a fascination with glider pilots as heroic figures to emulate when she grows up. She collects flying caps and uniform pieces from World War II. Despite these outward trappings, glider pilots are more like imaginary friends to her, serving as protection and objects of fascination to divert her mind from the threatening realities against which she is powerless The stress squeezes out around the edges of her character in acting out, shoplifting, smoking, drinking, and, she claims, having sex with a World War II veteran. She insists on being called Leslie, a name she gives herself, rather than Dawn, the name on her birth certificate. She's symbolically rejecting her birth family, the source of her abuse. The performance laurel of this play rests on the head of Melissa Vogt for her portrayal of Leslie/Dawn. Vogt usually applies her operatic voice to dark singing characters at the Vortex Theatre, as in Last: An Extinction Comedy and Vampyress (title role). Her turn here as a thirteen-year old girl shows breadth but is an easy stretch for Vogt’s talents. 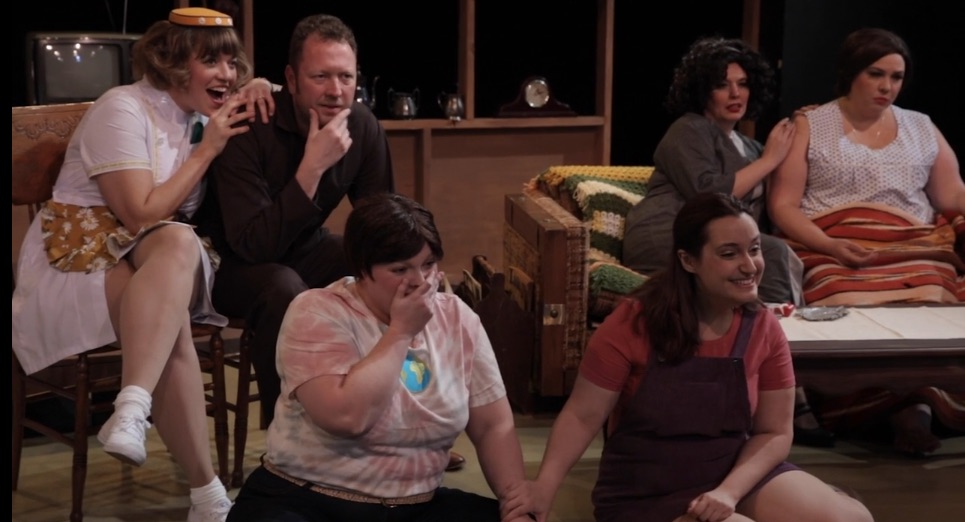 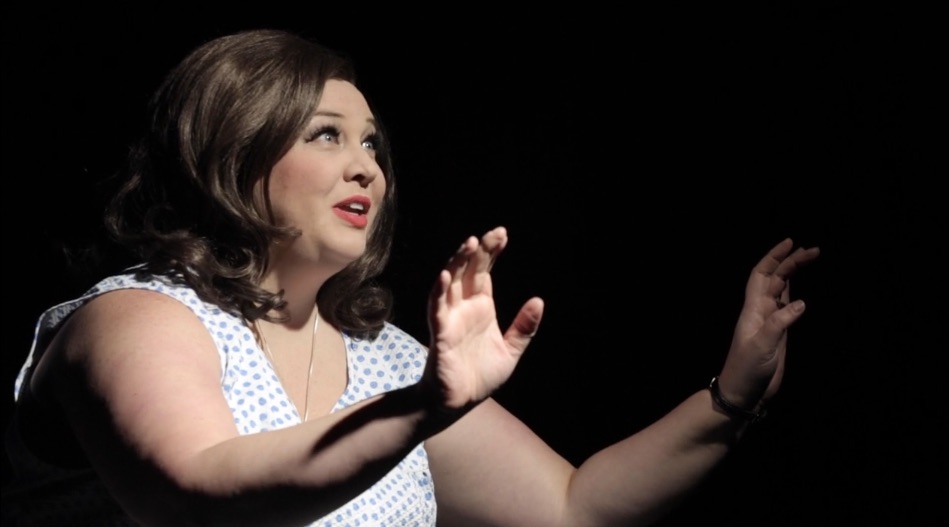 Moon landings and lethal glider follies obscure somewhat the core of this play, which could be thought of more as a domestic abuse crime drama than as a historical vignette. This is only one of the flaws in Anderson’s script. To cut to the chase, the major debilitating fail of this play is that its driving engine, the male powerhouse of brutal physical and sexual abuse, is an unembodied character, simply a name that never sets foot on stage. No actor portrays this person who married Geraldine (portrayed in the flesh by Andrea Smith). The invisible one receives talk throughout the play and returns frequently to abuse women offstage. That’s it. I think his name is Eddie, but I can’t quite remember. Anderson’s program notes suggest that misogyny is an invisible, omnipresent menace, but her theatrical device fails.

Anderson clearly wants to advance a feminist-forward play. She sends up middle-class Sixties America, its Christianity and women staying-in-the-home-values. Other such plays establish the same intellectual ground with all-female casts, but Anderson fails to keep the invisible male menace apart and leave a stage full of women to find their triumphs and survival by themselves. She undermines her own design by leaving one male character with bankrupt values on stage to beat up, that character being Curtis, played ably by Darren Scharf. Curtis’ character is passive, career-challenged; and he cannot defend his family with a baseball bat. His financial problems are addressed by his wife, Deborah, played by Ashleigh Pedersen, who goes to work as a uniformed diner waitress with “Deb” embroidered on her white blouse.

Opening night conveys sets of challenges to all plays, and Gliders seemed to suffer more than its share. The mistaken entrances were most notable, as was the loud crash backstage near the end of one scene. Text bobbles were kept to a minimum, and that is a credit to all, notably director Jambon and producer Norman Blumensaadt. Some of the actors had volume problems, and it must be noted that trained actors, even those playing passive characters, whispering to each other, and delivering lines upstage are trained nevertheless to PROJECT! The sound design sometimes made it worse with between-scenes voiceover work so low that it truly became white noise. If that was by intention, well then, shame. At other times, the radio music ran loudly over characters’ text lines, and the actors didn’t seem to notice. 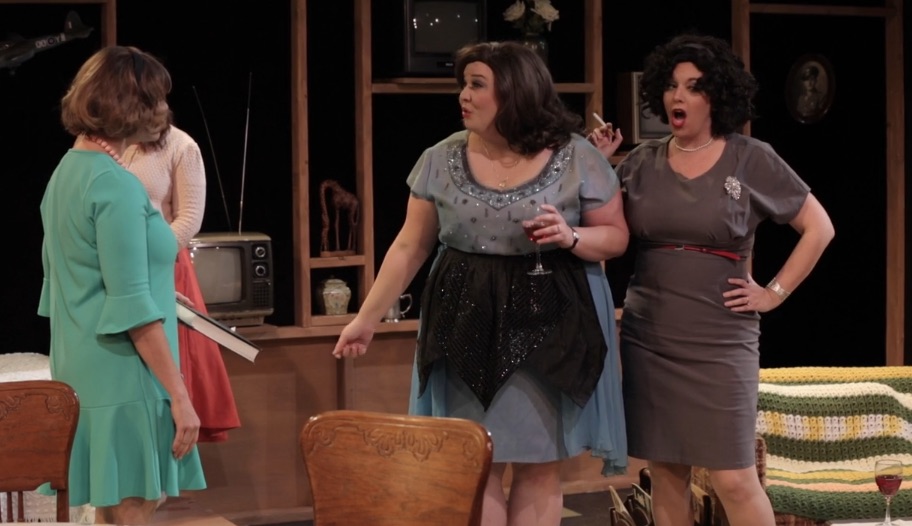 Another annoyance: the Sixties wigs were atrocious. They seemed to encroach on faces from all sides. One actor who used her eyes in reactions and gestures frequently lost impact by suffering curly strands hanging over her eyes, sometimes completely obscuring them.

Of supreme irritation were the scene changes by actors in character. Occasionally they put on performance moves while they changed scenes in low worklights. The mix of technical work and character work between scenes is highly distracting. The work should be one or the other, not both mixed. Why? Independent plays such as this one gain off-the-street ticket buyers who don’t know what to expect when they see activity on stage between scenes. They rightfully need clear cueing that shows them what to expect; they deserve at least that much for their ticket dollar.

The production had two saving graces. The first is Lynn Shaeffer Beaver’s stage management. The prop assemblage was huge, and actors took hundreds of props on and off stage throughout the play. Beaver managed it all with the able help of Sharky Meehan. The second saving grace is Ann Marie Gordon’s set design, serving as different domiciles with minimal furniture movement. A special treat of the set was the series of scale model World War II and later bombers hanging from the upstage wall, although none of them were scale models of gliders.

Gliders by Rita Anderson had surprising insufficiencies that couldn’t be fixed by the usual high production values of Different Stages. Still, the play may appeal to latter generation postmodern feminists and others who want to explore Rita Anderson’s take on family relations in the 1960s. Others who disagree with that set of social observations may want to see the play to engage the debate with others regarding this pivotal time and turning point in modern U.S. history. 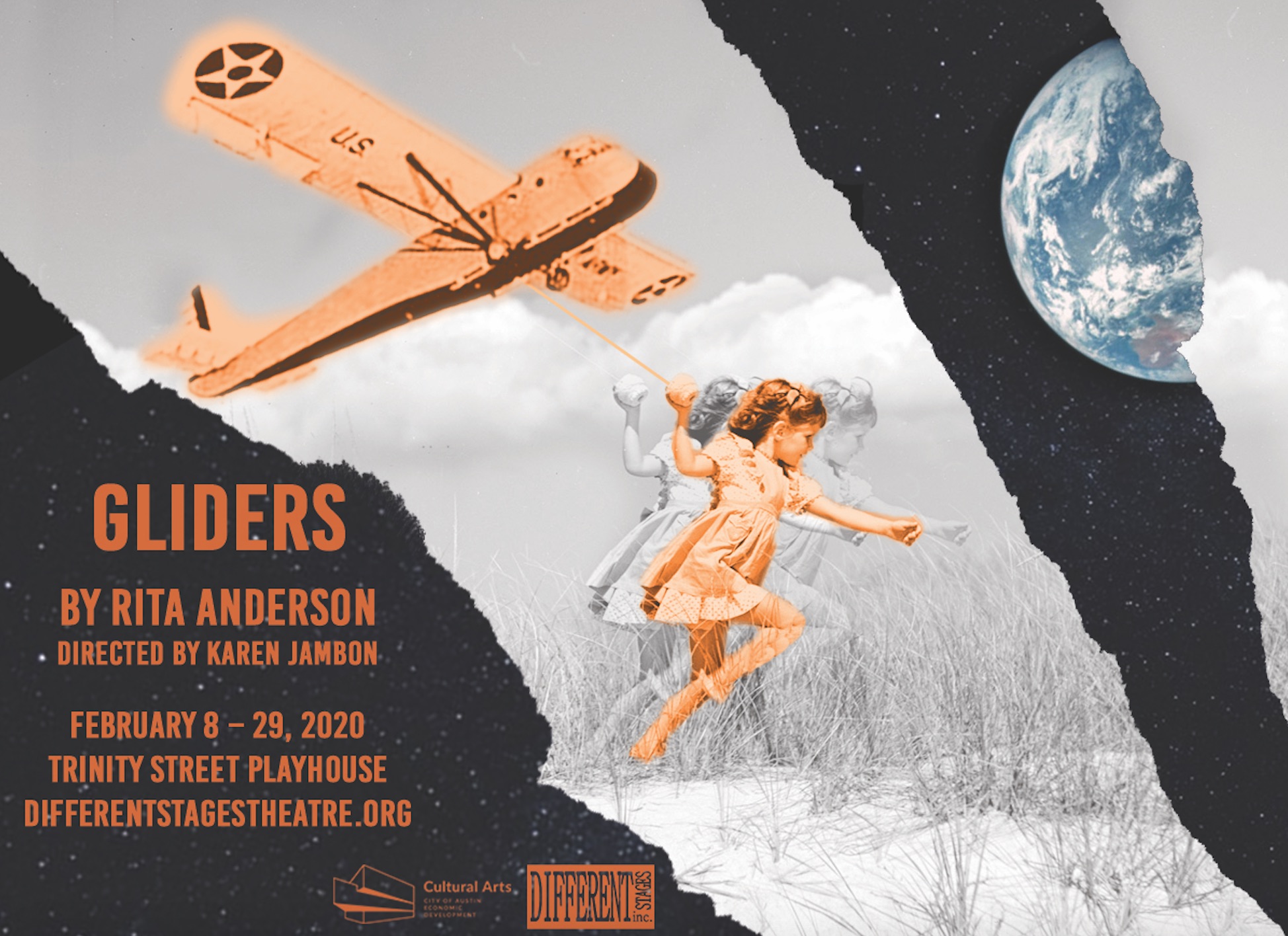