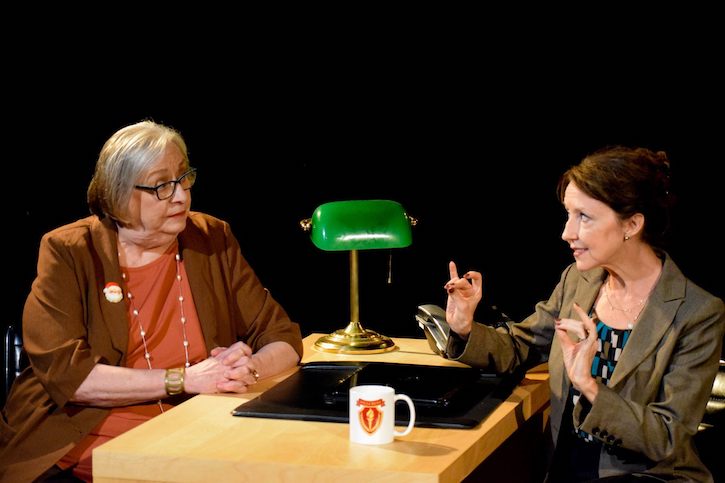 Joshua Harmon’s Admissions is billed as a comedy, but the only comic scenes are short and steered by the ever intriguing Jennifer Underwood in the role of Roberta, a superannuated staffer directly related to the founder of a prestigious New England prep school. Underwood stands knee-deep in tradition and loyalty to the school's meritocratic mission to affluent and keenly honed offspring of alumni and potential donors. She sees no need to be apologize for that, but her job is to satisfy Sherri Rosen-Mason, the aspirational admissions director who’s spent the last fifteen years working to expand the diversity of the school.

Rosen-Mason’s efforts and those of her husband Bill Mason the headmaster have succeeded. Representation of officially categorized non-lily-white students has risen from 5% to within striking distance of 20%. A triumph. Of sorts. If you count, for example, the son of the Chilean ambassador as a person of color. Or the undetectably mixed-race Perry, her son’s best friend, who edges out twenty others for admission to Yale, allegedly because his dad’s African-American.

This is not a comedy; it’s a satire. The differences are sharp, in fact cutting, and vicious enough to make a middle-class spectator like me shift uneasily in the theatre seat. To quote that font of all wisdom, Wikipedia — my own failed attempt at satire — “Satire is a genre of literature and performing arts, in which vices, follies, abuses, and shortcomings are held up to ridicule, ideally with the intent of shaming individuals, corporations, government, or society itself into improvement. Although satire is usually meant to be humorous, its greater purpose is often constructive social criticism, using wit to draw attention to both particular and wider issues in society."

Playwright Harmon avows in an excerpt quoted in the program he wanted to write “a play about whiteness,” presumably without directly portraying racial conflict on stage. He doesn’t quite achieve that, for he does use two racially-categorized characters never seen on stage, Perry the best friend and Perry’s father, teacher at the school and presumably a gold-star hire for diversity. They are represented by Beth Burroughs as Ginnie, their anglo mom and wife, respectively. 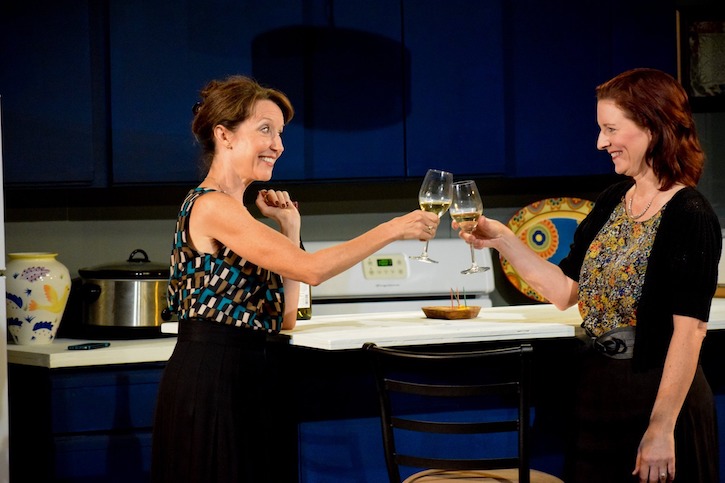 Harmon works hard to explore the essential conflict between well-intentioned seeking good for others — diversity, inclusion, promotion of the disadvantaged — and preserving hard-won advantage for oneself and one’s family. There’s no more obvious battlefield for that clash than the droning debate about “privilege” in elite university admissions. The very weekend Jarrott Productions opened this disturbing piece, Ross Douthat wrote a pessimistic little op-ed in the New York Times, The College Admissions Trilemma, and the Wall Street Journal’s Joseph Epstein published a think piece/review of Yale Law School professor Daniel Markowits’s bleak scholarly analysis The Meritocracy Trap. And of course there’ve been all those “pay to play” cheats detected and then charged earlier this year.

You can’t claim this is a “popular” subject, although Samuel French’s helpful map shows there are currently 18 productions of Admissions in the United States and another couple in Canada. Instead, it’s a subject of deep preoccupation, especially for the talented or relatively talented sons and daughters of the middle class who want a grab at the golden ring as the carousel spins them to the end of their high school years. And for their parents, who like parents everywhere, want the best and the most promising futures possible for their children. 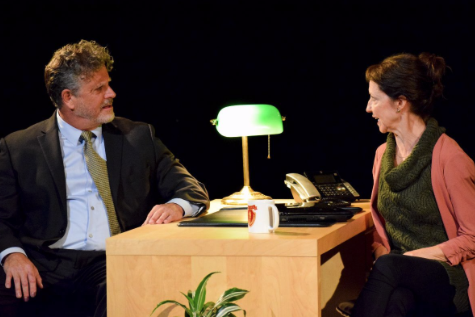 Do-gooders who’ll turn on you when they feel threatened.

People you can comfortably laugh at, if you’ve safely gotten past their appalling dilemmaof choice between virtuous conduct and family protection.

Director/producer David Jarrott assembled a talented cast, as usual. Ever reliable Rebecca Robinson, earnest and intense as a war arrow in flight, is nicely paired as the school admissions head with the agreeably paternal Tim Blackwood, who looms over wife and son as a tranquil survivor of middle-class mission. Burroughs as Ginnie, the woman friend progressively alienated by the Mason families’ clashes, dwells somewhere in the conceptual middle ground of this conundrum. 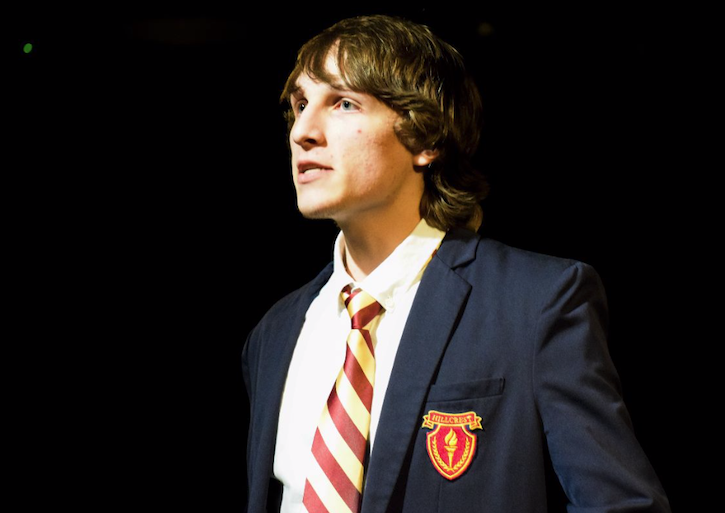 The real revelation — and it is one — is Tucker Shepherd as Charlie Luther Mason, the focus and subsequently the fuse for the explosion within the family. Tall, tangle-haired, and moody, as any late teen facing the abyss between high school and university has the right to be, Tucker sets Charlie’s character vividly in place with his restless intensity. Charlie’s impetuous, unconsulted action to scorn and blow apart the whole process is delivered in an astonishing, long, beautifully modulated rant that makes him a hero and a schmuck at the same time. Tucker gives us Charlie as an involuntary saint and Harmon turns him into a martyr while driving both parents to unexpectedly vicious pressure and recrimination.

Tucker Shepherd is right out of high school in Round Rock; by finding him and casting him in this role, director Jarrott does great service both to the actor and to the broader theatre community.

Click to view the Jarrott Productions program for Admissions

Late arrivals will not have access to the building.