Review: A Doll's House by Different Stages
by Michael Meigs 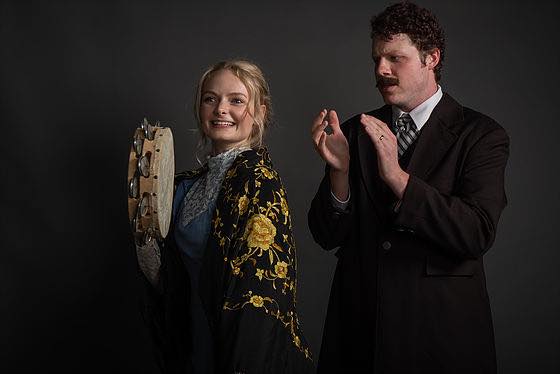 Attending The Doll's House by Ibsen by Austin's Different Stages, I couldn't help but think of the American music hall ballad She's Only A Bird in a Gilded Cage, a sentimental portrait of a woman who married for money, not for love. Ann Marie Gordon's set in the Trinity Street Players' black box theatre subtly suggests just such a cage.

At the center of this famously intimate space stand the furnishings of a solid middle-class home: the divan, a writing table, a wood-burning stove, and even, at the rear, a real upright piano that actually gets played by not one, but two of the characters. But there's reserved space, on three sides, accessed via functioning doorways. To the audience's left a corridor leads off to kitchen and bedrooms; to the right there's a hall to the master's study; and visibly traversing the back of the stage is the hallway to the stolid old apartment building's unseen front door. This bourgeois living room, the focus of Nora Helmer's existence, is isolated, almost quarrantined to the left from everyday life, to the right from lawyer Torvald Helmer's study, and at the depths from escape to the outside world.

Director Norman Blumensaadt is generous with background on Ibsen and the 1879 theatre piece that scandalized polite society. Audiences were aghast but probably also titilated by the thought that a married woman with three children would eventually rebel, stand up to her well-meaning but thoroughly patronizing husband, and abandon them so as to find herself.

Now that we've got that obvious spoiler out of the way, we can pay closer attention to this production. Ibsen, that canny old plot spinner, packs a lot into his story. Nora got money from Krogstad, an unscrupulous lender, to finance the trip abroad that saved her husband's health. She didn't tell her husband; she forged her dying father's signature on the document; they've had three children since then. Krogstad threatens to disgrace her and have her arrested if she doesn't persuade husband Torvald to give him a promotion at the bank instead of firing him. Nora's schoolgirl friend Kristine, who married for money instead of for love, turns up as all this begins to bubble. Kristine's own gilded cage collapsed as her husband's business failed and he died.

Catherine Williams uses her breathless excitement, coyly endearing attitude, and kinetic gesture to create a Nora who is pretty and appealing. Emily Villareal as Kristine serves as Nora's foil in almost every way, for Villareal portrays a quietly dogged survivor left penniless and childless after her reach for respectability failed. Her advice to Nora is good, it's earnest, and it's ignored. 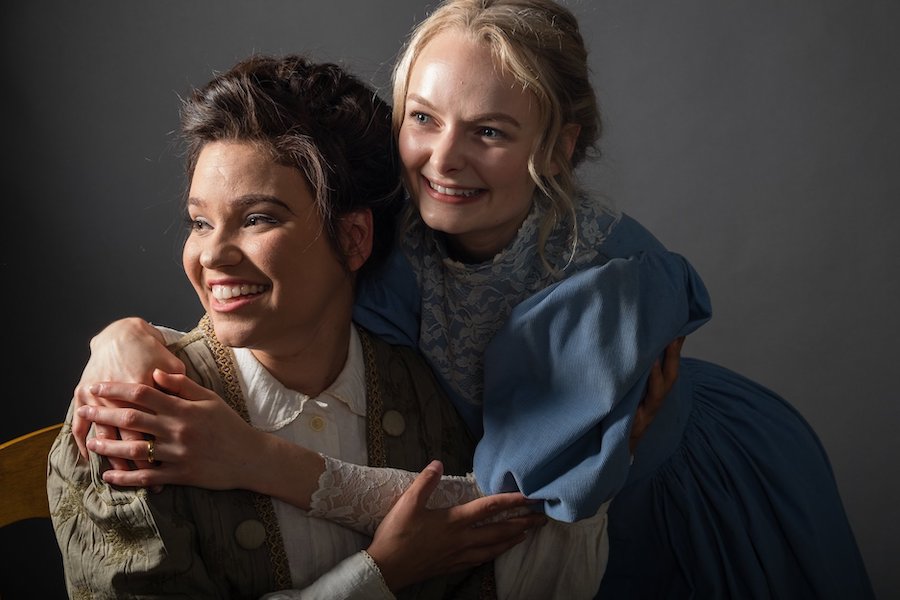 Nate Dunaway as Torvald is a vigorous young man who treats his Nora as just another child in the family. His endearments, his chiding her over money, and his man-to-man cameraderie with the older Dr. Rank (Stephen Fay), mark him as very much in charge and exclude his wife entirely. He looks at Nora, often with amusement, but he does not see her. There's a chilling shift at the opening of the third act, where the Helmers return from the Christmas party upstairs. Nora is increasingly frantic, fearing her misdeed will be exposed, while Dunaway gives Torvald a tipsy, threatening insistence and barely concealed lust that never quite comes to outright abuse. 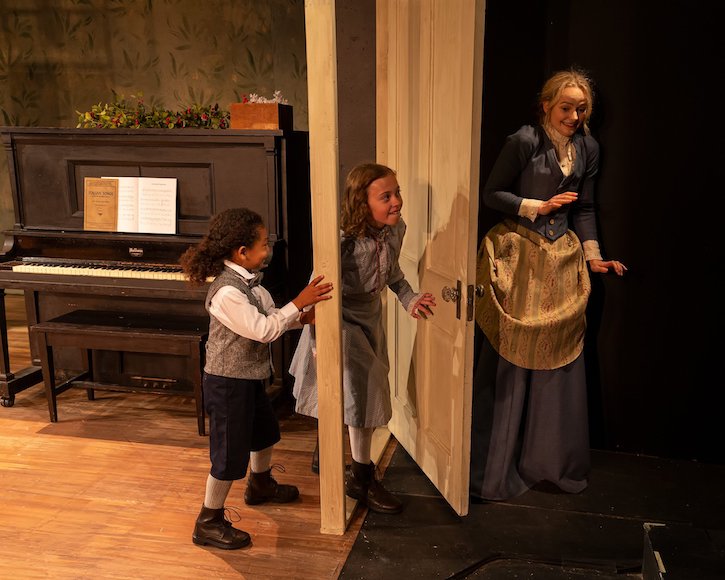 An early scene where Nora frolics with her children is charming, particularly for the earnest commentary from Anuart Zarate as the very young son. Anne-Marie, the nanny played by Sherrie Wollenhaupt, was curiously affectless for a character who had raised the motherless Nora and must have clearly perceived her mistress's growing alarm. 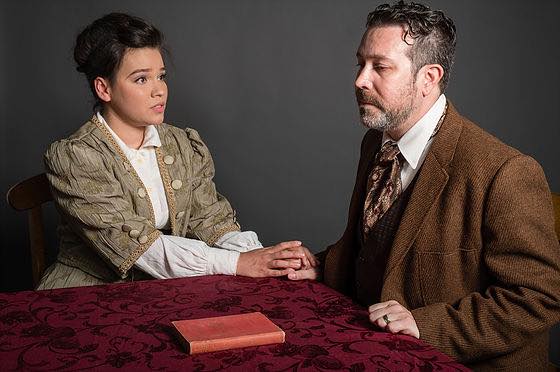 Jamie Rogers gives us a thoughtful, believable villain to the piece. His Nils Krogstad is no bully; he's a man determined to survive. His conversion toward the end is a little too hasty, but that's Ibsen's fault, not that of Rogers, whose shift of attitude is done with cool calculation followed by decision.

A neat plot twist in the third act saves Nora from arrest but precipitates the crisis in her marriage. The rest of the third act is devoted mostly to earnest dialogue between husband and wife, an almost Shavian dialectic. Williams drops all Nora's fluttering; she becomes focused, controlled, and analytical, while opposite her Dunaway as Torvald flounders in disbelief, his bourgeois certainties swept away. This is powerful dialogue, certainly the heart of the play; unfortunately, the director chose to have these two very engaged characters sit virtually motionless on either side of the table at center. Given the strength of Nora's message and our 21st-century support for it, one yearned to see this little bird go on the attack -- or at least literally to get into her husband's face. 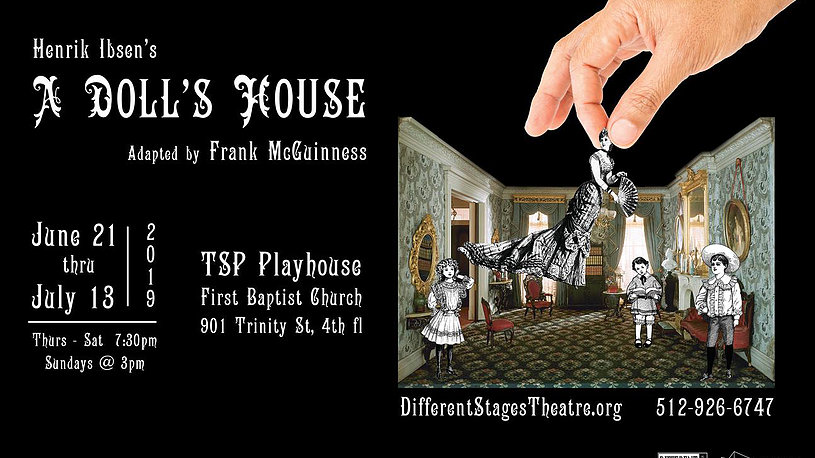