Love Never Dies is Austin’s latest chance to see Broadway theater on their doorstep. First things first, it is a sequel to The Phantom of the Opera, which makes it an ambitious production on multiple levels. Not only was Phantom hugely successful, but it still is, and it continues to run all over the world. The official website reports it has played to more than 140 million people in 35 countries in 166 cities around the world with an estimated gross of $6 billion. That’s more than double the highest grossing movies of all time, and this was accomplished with live performances. Phantom debuted at Her Majesty’s Theatre, in London’s West End, in 1986 and played for nearly 30 years. Not an easy act to follow.

None-the-less, Love Never Dies has attempted to do so. It premiered in London in 2010 and played around the world including Australia, Denmark, Japan, Germany, and the United States

The story begins in 1907, spans more than ten years and occurs 3,500 miles away from the original tragic events in the Paris Opera House. The Phantom is living on Coney Island when he learns that his long-lost love, Christine Daaé, is visiting Manhattan -- giving him a shot at redemption among the roller-coasters. This story is based on Frederick Forsyth’s 1999 novel The Phantom of Manhattan. (Forsyth has had an interesting life, having been a military pilot, a war journalist, a spy, and a successful novelist: his works include The Day of the Jackal, The Odessa File, and The Fourth Protocol. Andrew Lloyd Webber is the well-known composer whose latest hit was a stage version of the movie School of Rock. The lyrics were written by Tony- and Grammy-nominated Glen Slater. The book is by Ben Elton.

Audiences should note that this present production is modified from the 2010 original in London in 2010, in that it's based on the 2011 Australian production. The entire production has essentially been completely over-hauled. The director is Simon Phillips, who brought us Priscilla, Queen of the Desert, The Musical. A new set and costumes were designed by Gabriela Tylesova. Choreography was created by Graeme Murphy, the lighting design by Nick Schlieper, and the sound design by Mick Potter. Having not seen the original, I cannot confirm what changes have been made but I can verify the success of the venture. The touring production is professional, is well-paced, and contains all the trappings of a Broadway musical venture, not to mention all the flair, motifs, and atmosphere of the original Phantom of the Opera production. In fact, the story, musical themes, and elaborate set are not a departure on any level. This is very much a sequel in the Hollywood sense, in that one gets the impression that the producers and creative team sat down and made a list of everything fans loved about the original and then began checking things off that list. 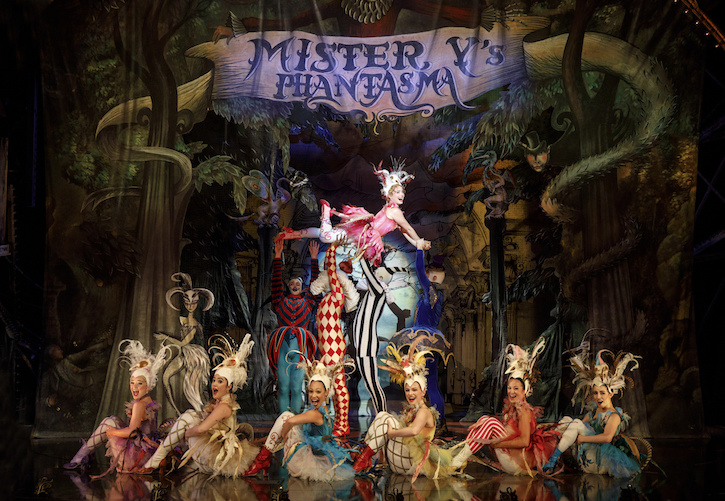 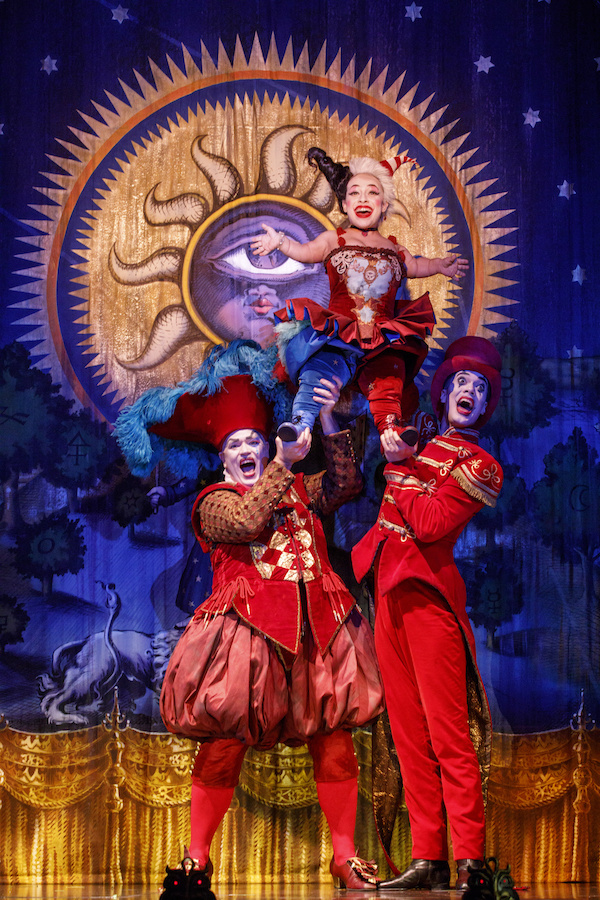 The performance opens with a creepy vibe, as the stage is cast in darkness while the Phantom, hardly more than a silhouette in the middle, laments in a wavering baritone. The tone has been set and the ante is upped in the very next scene as the citizens of Phantasma, the Phantom’s own little depraved slice of Coney Island, take the stage. Led by the big, little, and littler figures of Gangle, Squelch and Fleck, they perform the frenetic Coney Island Waltz. The scene is a dark arabesque world of misfits and freaks who would never question their idiosyncratic masked leader and his bizarre demands. The first we hear is to pick up, or is it kidnap, a family arriving at Pier 69 from Europe. Christine Daaé, her husband, and her ten-year-old son are arriving from Paris for her first American concert. Alas, nothing is ever that simple. She's the Phantom’s original love, but times have changed. Her husband has degenerated into a licentious, drunken, gambler while her son has evolved into a perfect angel with a voice to match. As for her own feelings and aspirations, they are quickly revealed when the Phantom makes his startling and overtly melodramatic entrance. . . .

I leave you here, not half way through the first act with the promise that the pace of the play continues to increase, just as the tension rises, and the odds become more perilous. Webber’s musical composition is as solid as ever, yet it has taken on a cinematic tone à la Danny Elfman. The scant moments when rock and jazz elements are introduced are a welcome break to the swooning string sections and operatic themes. Vocal lines are on point but really come to life during the duets when the added complexity increases a song’s point of interest dramatically. 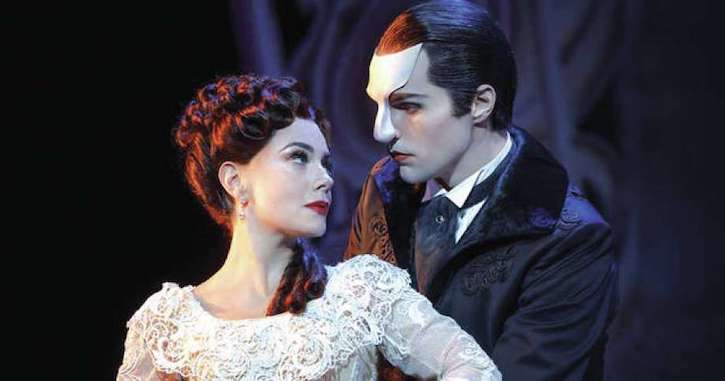 The cast is full of amazing talent and it would be foppish to attempt to pick a favorite or claim distinctiven excellence, as every performer goes above and beyond the assignments granted to them. Bronson Norris Murphy’s passion during Beneath a Moonless Sky is awe-inspiring. Meghan Picerno’s emotive range is delightful as she captures a lover’s angst, a mother’s joy, a star’s bravado, and a wife’s compassion in colorful detail with every song she sings. Her singing provides more emotional depth to her character than the simple plot offers.

Before the end of the first act, solid foreshadowing has been established, and the challenges facing every character are in place. The sinister, steampunk-ish set, the bright and outrageous costumes and the raucous joy and irrepressible verve from the ensemble all combine to create the world of Phantasma that envelopes the audience with a feverish glee. There’s something about a creepy circus theme that strikes a universal chord of childish fear and abandon at the same time.

When the song Bathing Beauty bubbles up during the second act, it's a welcome comic relief but also a bit jarring, as if the idea that comic relief even exists in such a world had been forgotten. It's here and then gone in a flash, and we are back to the world of tenuous hope inhabited by the Phantom and Christine. That they love each other is a given, so little time is spent on the notion, just as there are no excuses made for the ten years that have separated them. In this way the story behind the play has become inconsequential, derivative at best. It could take place in Hong Kong or Polynesia as easily as Coney Island. The dramatic tension is high -- not because no one knows what’s going to happen, but rather because the characters wear their flaws on their sleeves in brighter red stains than any character from Sophocles. For fans of the Phantom, this is a must see, as it pays homage in perfect form. One of the best songs from the production is The Beauty Underneath; for this stellar production it's quite the opposite.

For more information and tickets please see BroadwayinAustin.com, texasperformingarts.org, the Bass Concert Hall ticket office, all Texas Box Office Outlets, by phone at (512) 477-6060.  For groups of 10 or more, call (877) 275-3804 or email Austin.groups@broadwayacrossamerica.com 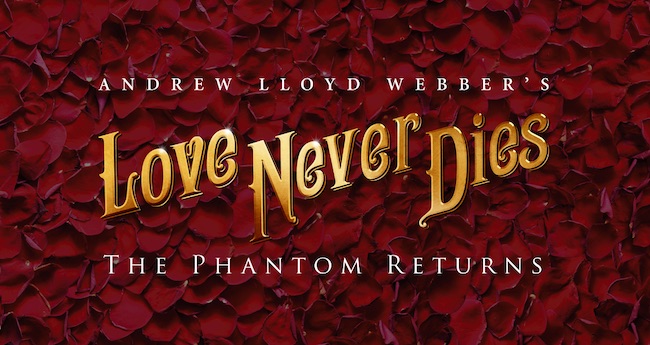