Review: Phantom of the Opera by touring company
by Brian Paul Scipione

The play begins with a count-down. An auctioneer’s resonant bellow calls out various lot numbers. The numbers eerily foreshadow as we approach the dreaded lot 666: a once shattered chandelier from what “some of you may recall the strange affair of the Phantom of the Opera, a mystery never fully explained.” The chandelier has been fully restored for the auction and before the people’s eyes it bursts into life, rising phoenix-like to the ceiling and propelling the audience back in time to 1870.

The Phantom of the Opera is the longest running show in Broadway history with the 10,000th mark having been hit more than five years ago. And today it races on with standing productions in New York, London, Stockholm and Budapest and a country-wide U.S. tour with a two-week stop here in Austin at the Bass Concert Hall. This new production by Cameron Mackintosh boasts new scene design by Paul Brown and all-new costume design by award-winner Maria Björnson. It is in many ways The Phantom revamped. The touring production has a giant cast and an orchestra of more than fifty members and a beyond impressive revolving stage set that houses various elaborately detailed scene locations including the opera stage, the phantom’s lair, the roof of the opera house, and a sinister looking graveyard. From the luminary explosion of the beginning to the end’s shadow-filled dénouement the pacing of this production is ingeniously tight. It has to be, with so many characters, sets, costumes, props and live musical numbers. Truly a tour-de-force of timing and thrills with credit extended to director, Laurence Connor and choreographer Scott Ambler. 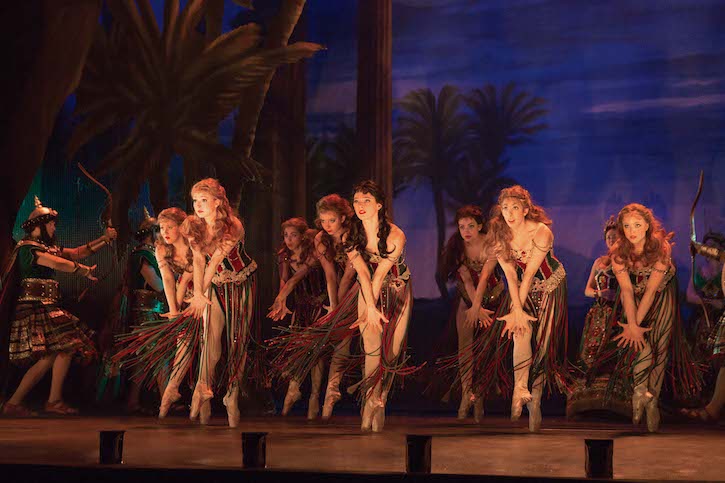 Critics and fans agree that it was a fine time for an updated version of the 1986 musical that debuted more than thirty years ago in London’s West End. Cameron Mackintosh was the obvious pick for the task. He previously re-booted three of Broadway’s biggest hits: “Cats,” “Les Miserables,” and “Miss Saigon.”  And while pomp, spectacle and explosive special effects are inevitable mainstays of any Phantom performance, Mackintosh, had the additional challenge of making this grand production portable. One of the things I recall most distinctly about the Broadway production I saw in the early nineties was the gondola floating like a spectral ghost across a giant stage of fog as the Phantom belted out promises of love and glory to his muse Christine. It was a mesmerizing sight that  made you believe the characters were sailing through time to the secret world that was the Phantom’s lair. Today that expansive horizon has been replaced by a distinctly vertical alignment. The play’s towering centerpiece is a ten-ton behemoth housing little worlds. At one point it opens up into a realistic backstage area where divas bicker, mangers yell and fretting dancers hang about.  By bringing each scene to the middle of the stage, the director and designers show characters essentially trapped like mice by a prowling Phantom who may appear any place at any time.

Another major style update is evident in the direction. In the original musical phenomenon the actors appeared as larger-than-life pantomimes of their characters on a far-off stage, but this setting is much more intimate. It's realistic, even gritty. This is particularly vivid in the sudden rivalry of Christine and Carlotta the diva at the beginning of the play. Trista Moldovan steals the show here when she bares her teeth and battles the upstart with her extraordinary voice.  In the diva role, impassioned and very honest, Moldovan performs in the best style of comedic timing. She does not preen or play for laughs, but she gets them all the same by portraying the straight woman at all the right moments. 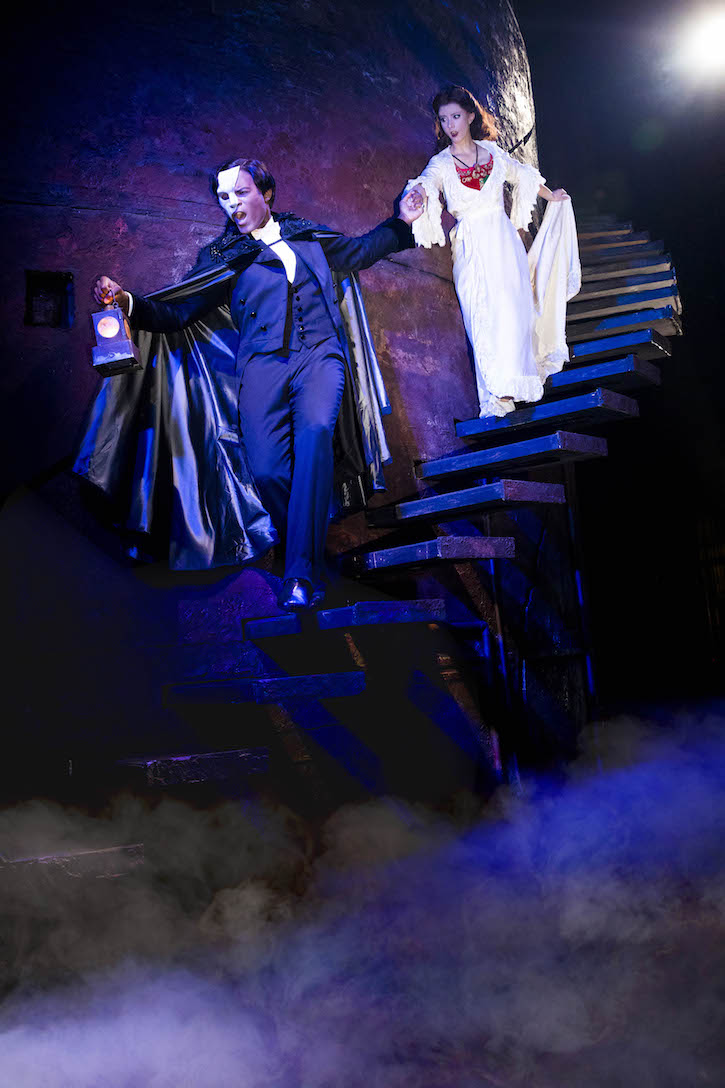 Finally, it's impossible not to mention the amazing vocal talents of Derrick Davis as the Phantom. His voice is sprawling, colorful and consistently interesting. Because the themes of this particular production are almost subversively dark means, it's to find very much sympathy for his character; the excellent make-up work presents him as far more grotesque than other familiar beasts vying for the love of beauties. Yet, if anything can spark the warmth of pity in the audience’s heart it is Davis’ masterful and plaintive operatic singing.

For fans new and old, this production of Phantom is a must.