“Truth in the pleasant disguise of illusion. . . .”

This memory play colors the turning point of life for Tom, the sole breadwinner for his sister Laura, a fragile soul held captive by her own insecurities and tragedies, and his mother, Amanda, a bitter woman who longs intensely for times past and youth squandered.

Since its debut in 1944, Tennessee Williams' The Glass Menagerie has stunned and entertained audiences with its bare portrayal of the inner turmoil of a family dynamic, a dynamic that mirrors that of Williams' own family. With his histrionic mother, and his mentally fragile sister, the playwright used "Glass" as a vehicle to shed light on his own life and troubles.

Under the superb direction of Molly Cox, our production changes the setting of this memory play from an apartment in St. Louis to the common area of a mid-century mental hospital. Doing so makes bare the inner struggle that we all have in our family interactions and forces us to look at the harm we've inflicted on ourselves and others.

Without changing an iota of the original script, we hope to apply new meaning to an established classic. With a collection of San Antonio’s finest actors, this production is certain to greatly alter the perception of this well-loved piece of theater.

For tickets  and more information, visit the The Glass Menagerie page on The Playhouse News at Theplayhousesanews.org . 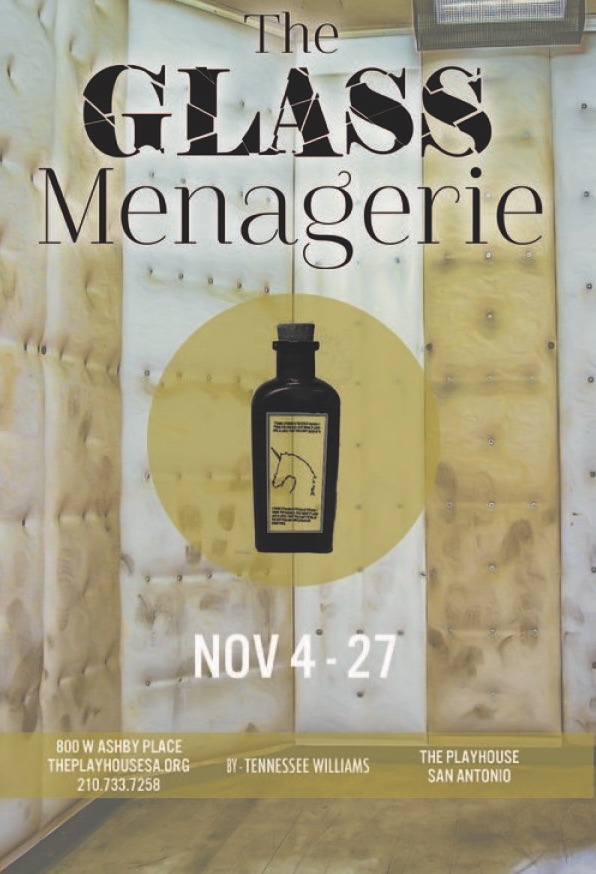