For director Roemer, Larson’s story – that of tick, tick... Boom! itself – hits home. “I’ve sacrificed relationships and financial stability to pursue my career as a professional actor and director. What we do as theatre artists is very time consuming, and if you’re passionate about doing it, the work can easily take all your focus and leave little room for others. This was the case with Jonathan Larson: he struggled to follow his dreams and passions, but also to have some kind of personal life. The fear is always of ending up creatively satisfied but alone.”

Prior to writing his Pulitzer-winning musical RENT, Larson penned tick, tick...BOOM! as an autobiographical rock ‘n roll musical, which he subsequently performed around New York City. In 1996, the rising star’s life was infamously cut short when he died suddenly on the morning of RENT’s first preview in NYC’s East Village. His estate and friends ultimately turned tick, tick...BOOM! into a full 3-person musical. In 2021, director Lin Manuel-Miranda’s film adaptation won critical praise across the globe, especially within the musical theatre community.

So why is Austin ripe for tick, tick... Boom! in 2022? “I think what resonates with anybody is the reality that, in today's expensive, inflation-filled world, following one’s passions tends to take a back seat when the rent and bills come due,” observes Roemer. “Artists in Austin – a highly creative city – face challenges similar to those Jonathan did. And yet, we persevere.”

Performances Thursdays-Saturdays at 8 pm & on Sunday, September 17 at 3 pm 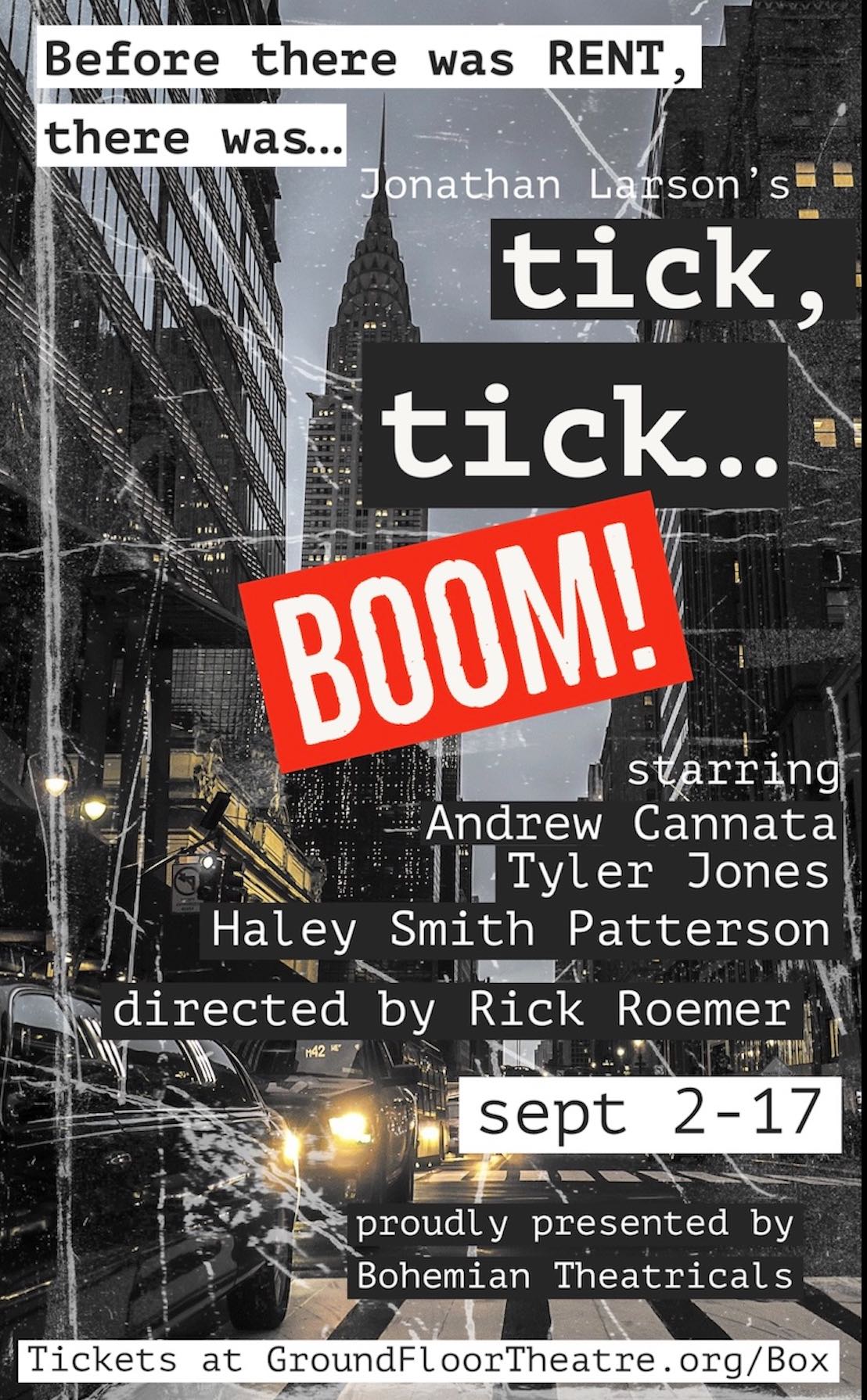 A theatrical production company based in Austin TX producing projects which support, challenge and celebrate the human experience and spirit, especially the experiences of the LBGTQ communities.