Performance Photos from Georgetown Playhouse: VANYA AND SONIA AND MASHA AND SPIKE by Christopher Durang 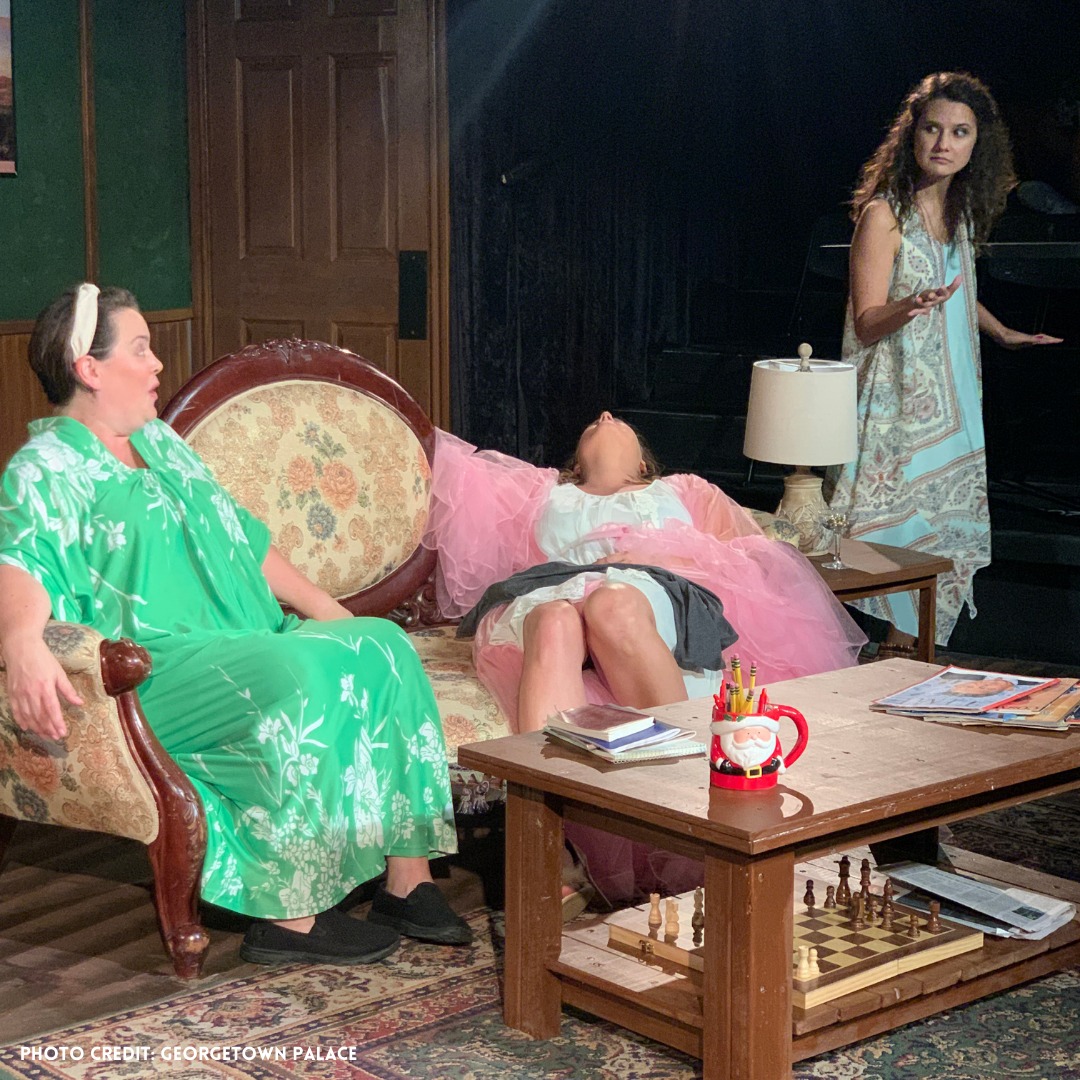 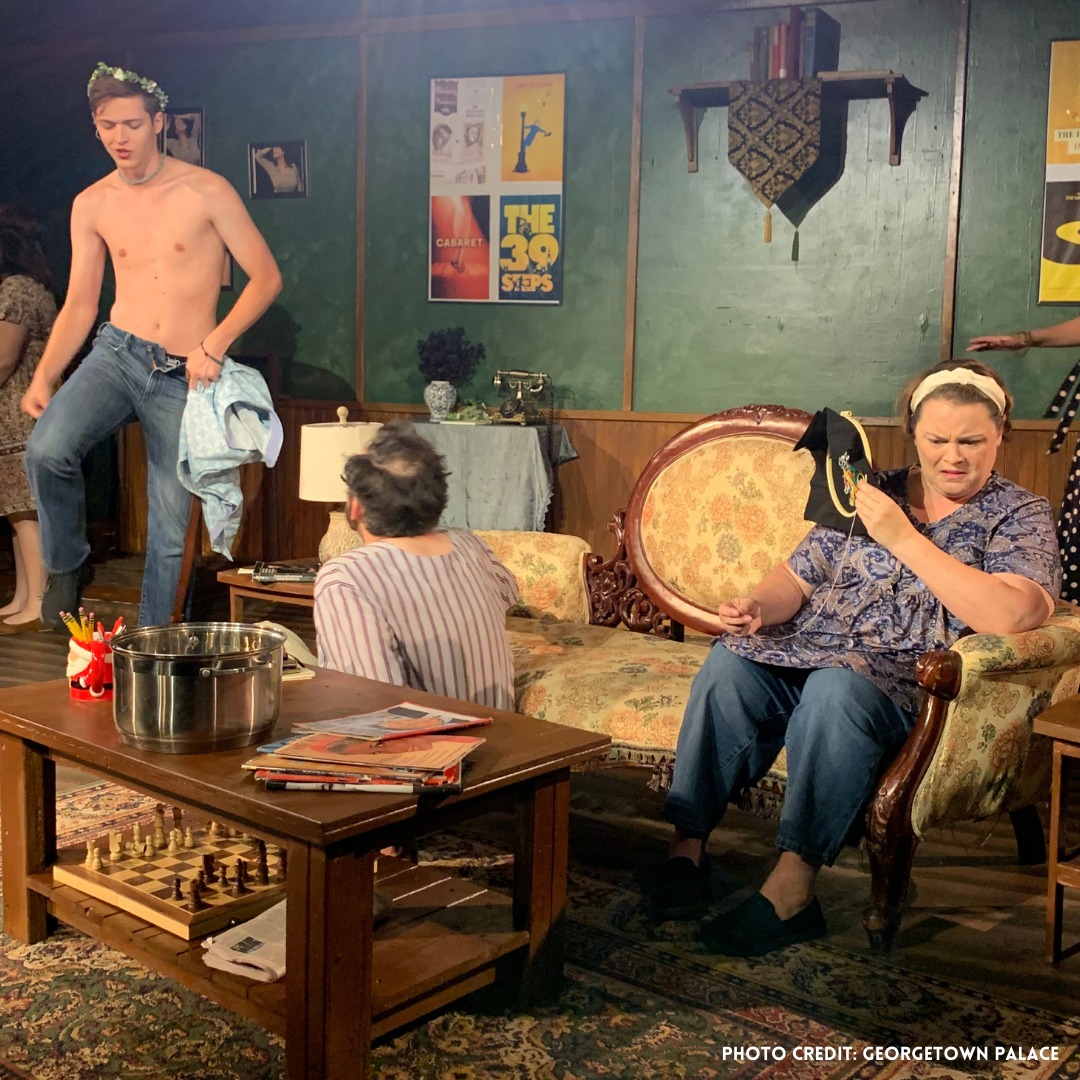 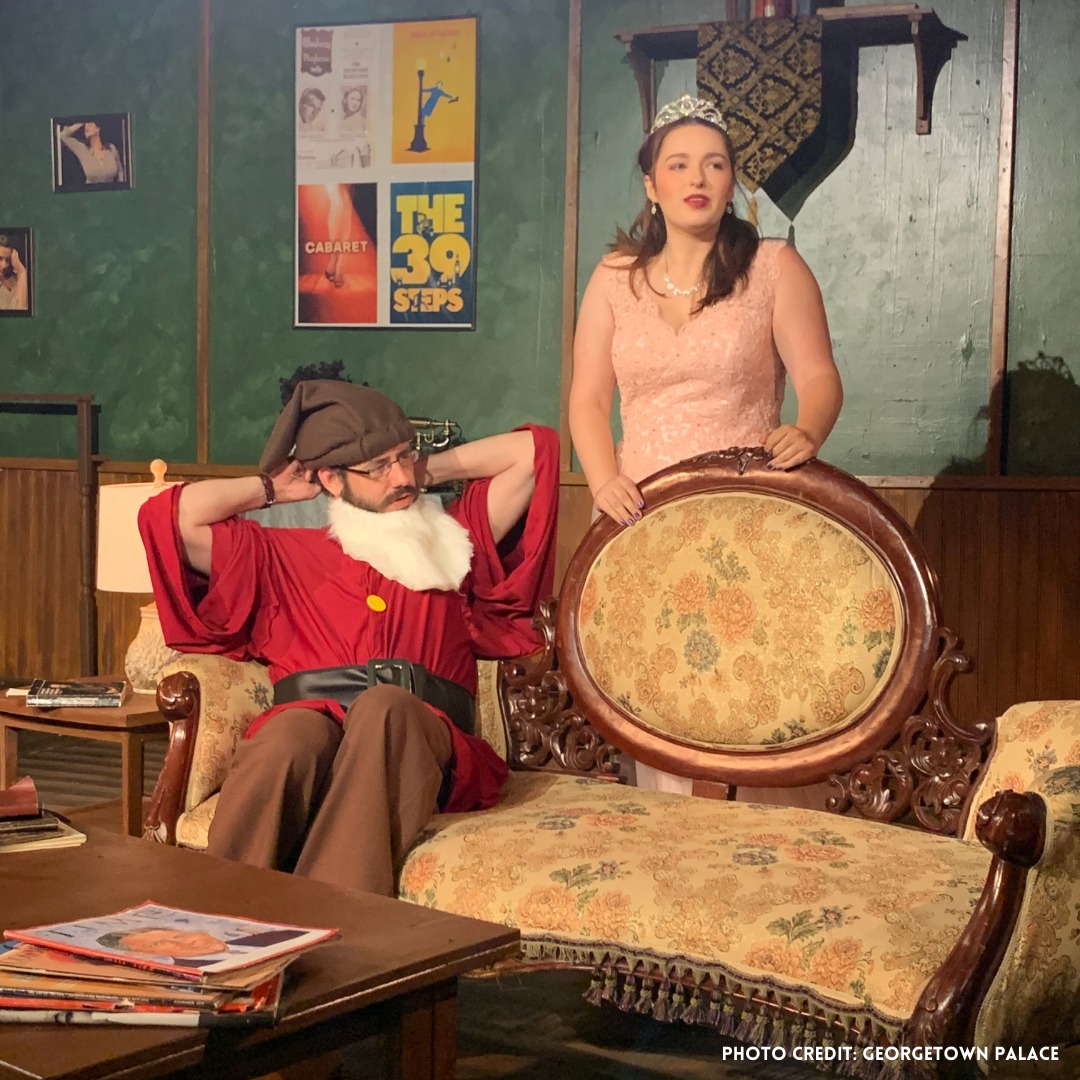 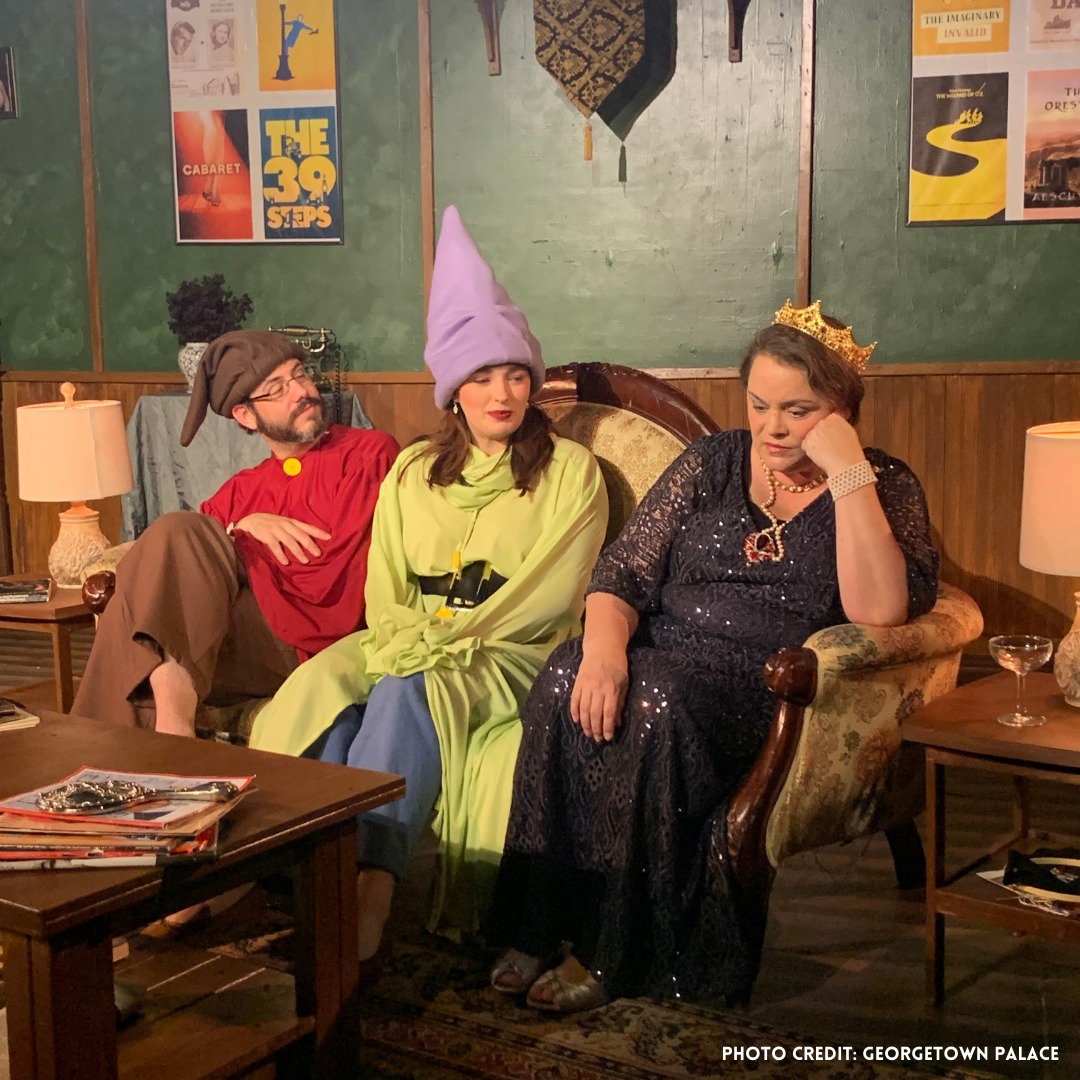 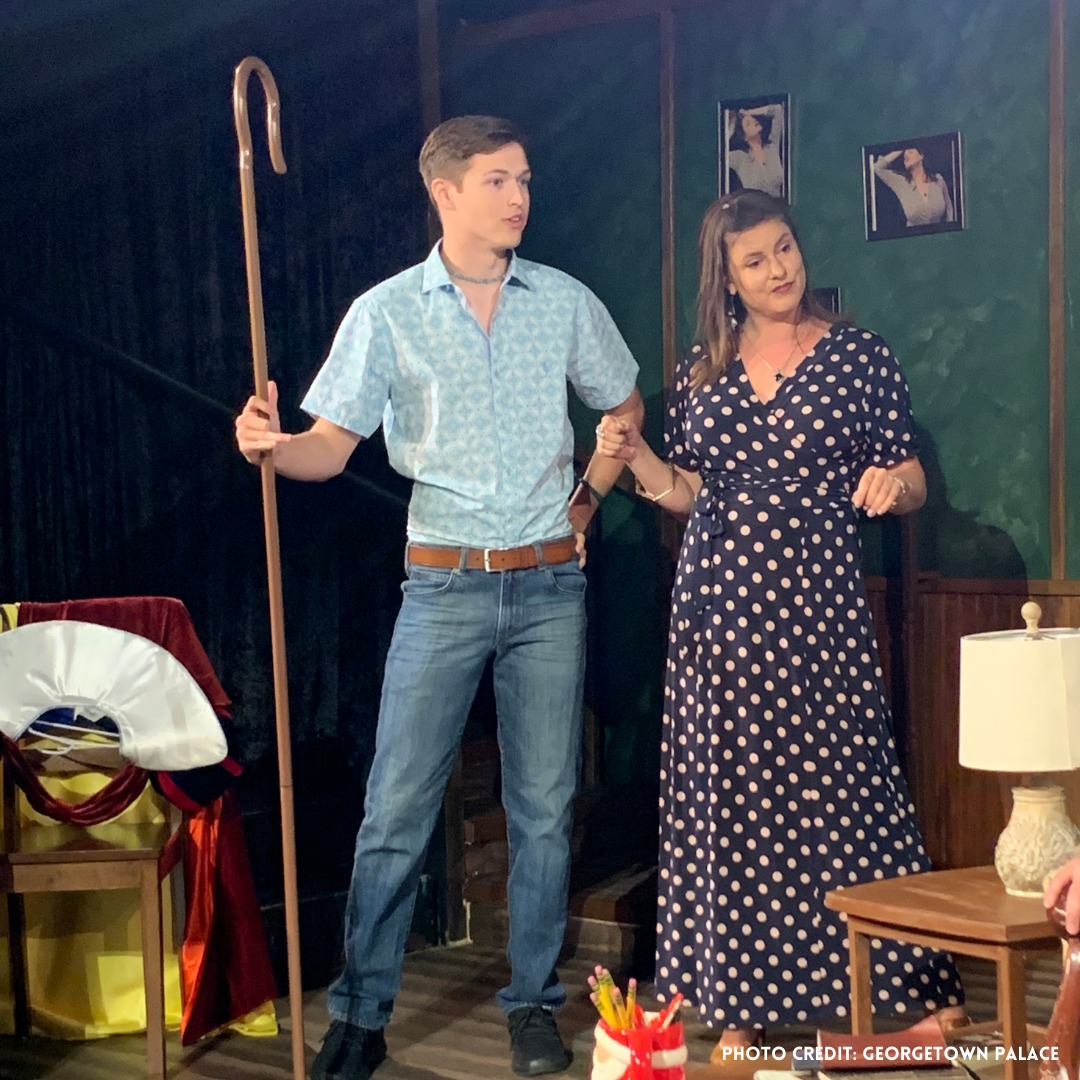 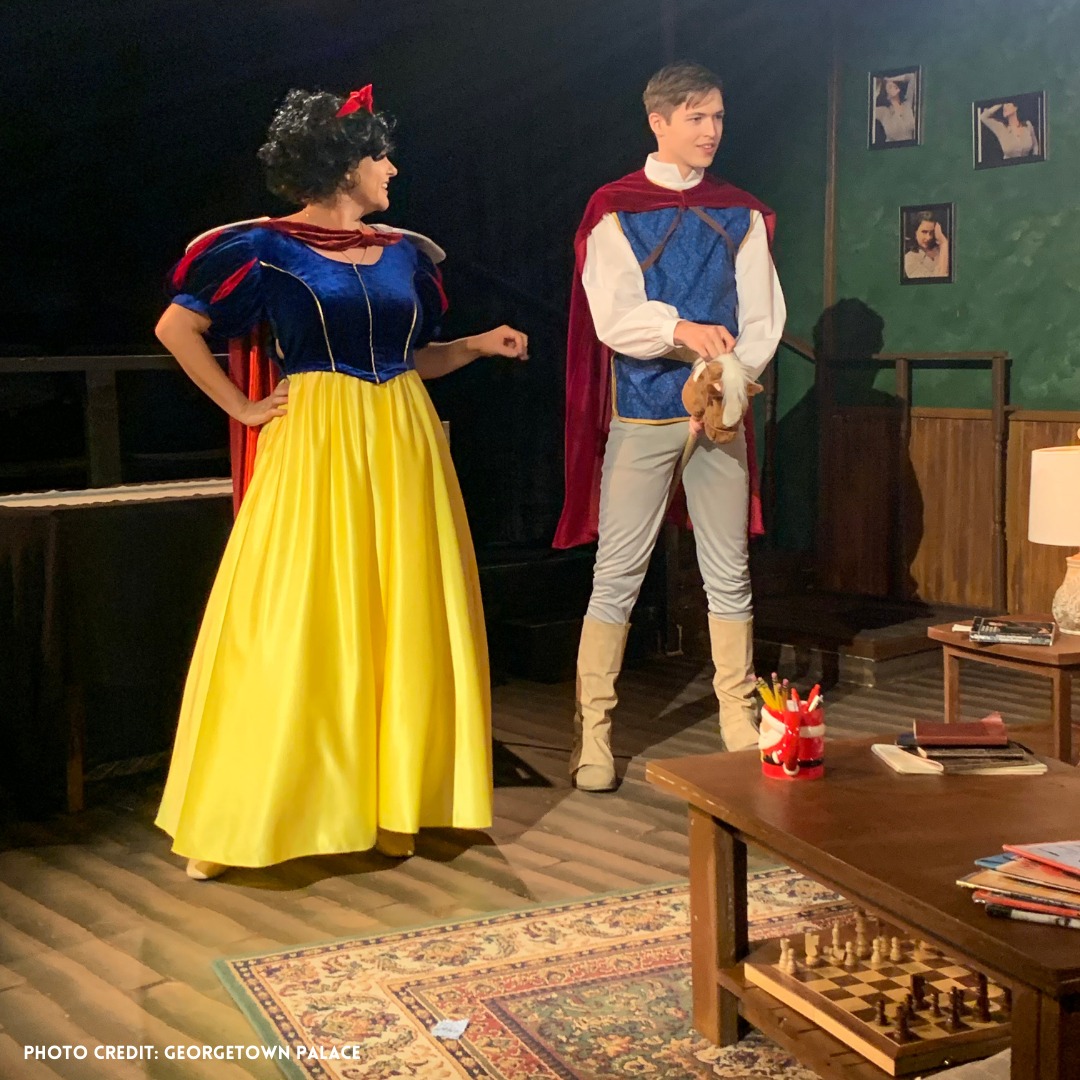 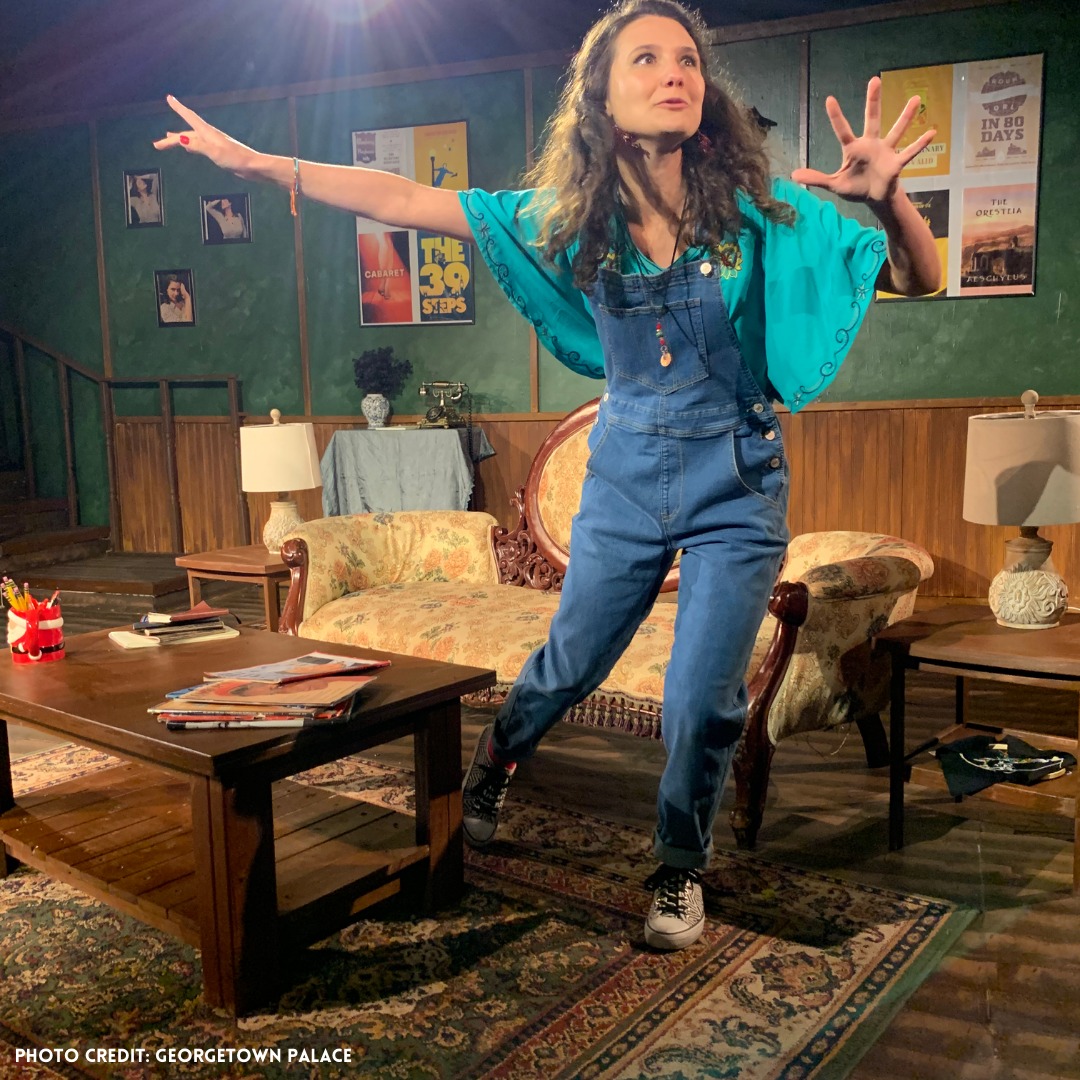 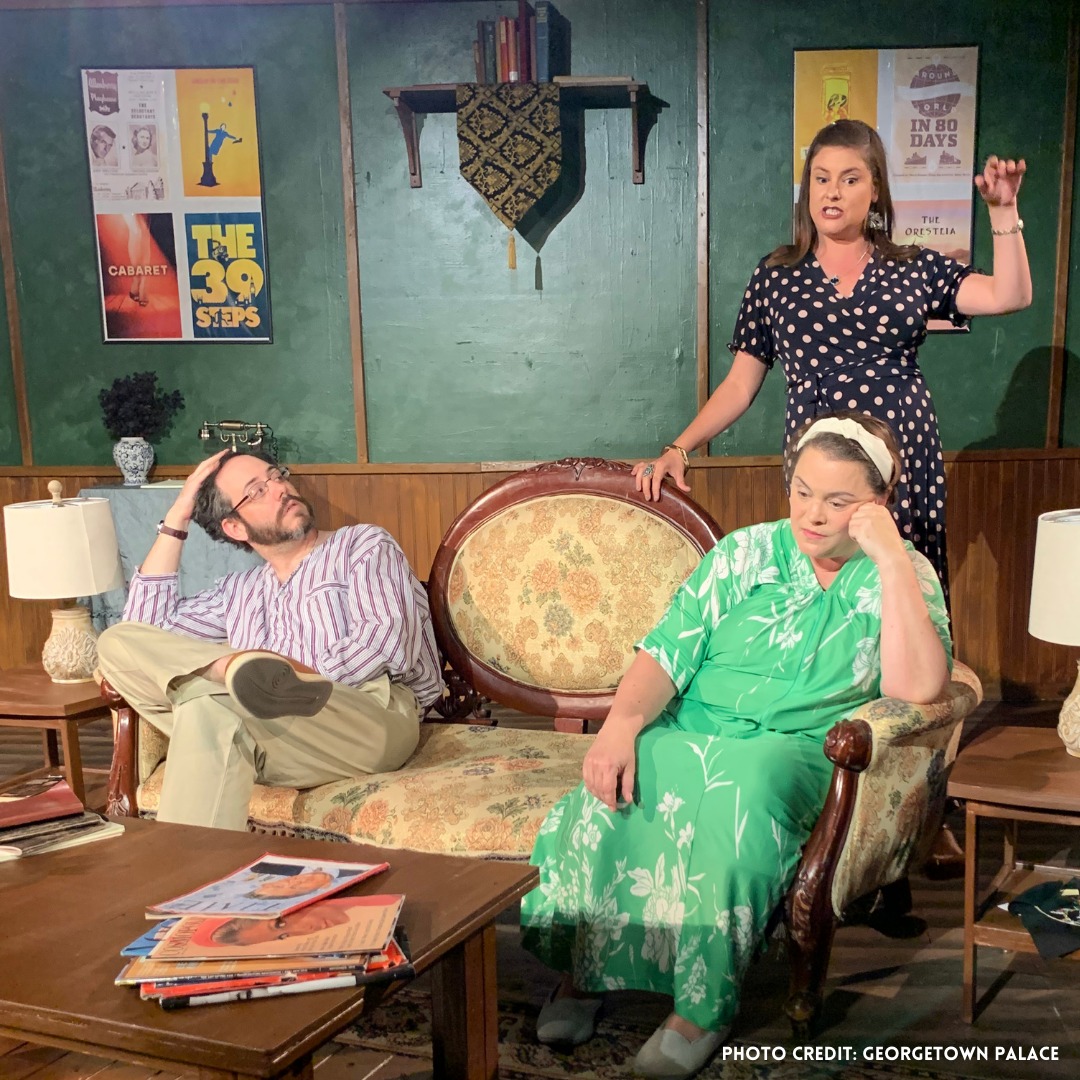 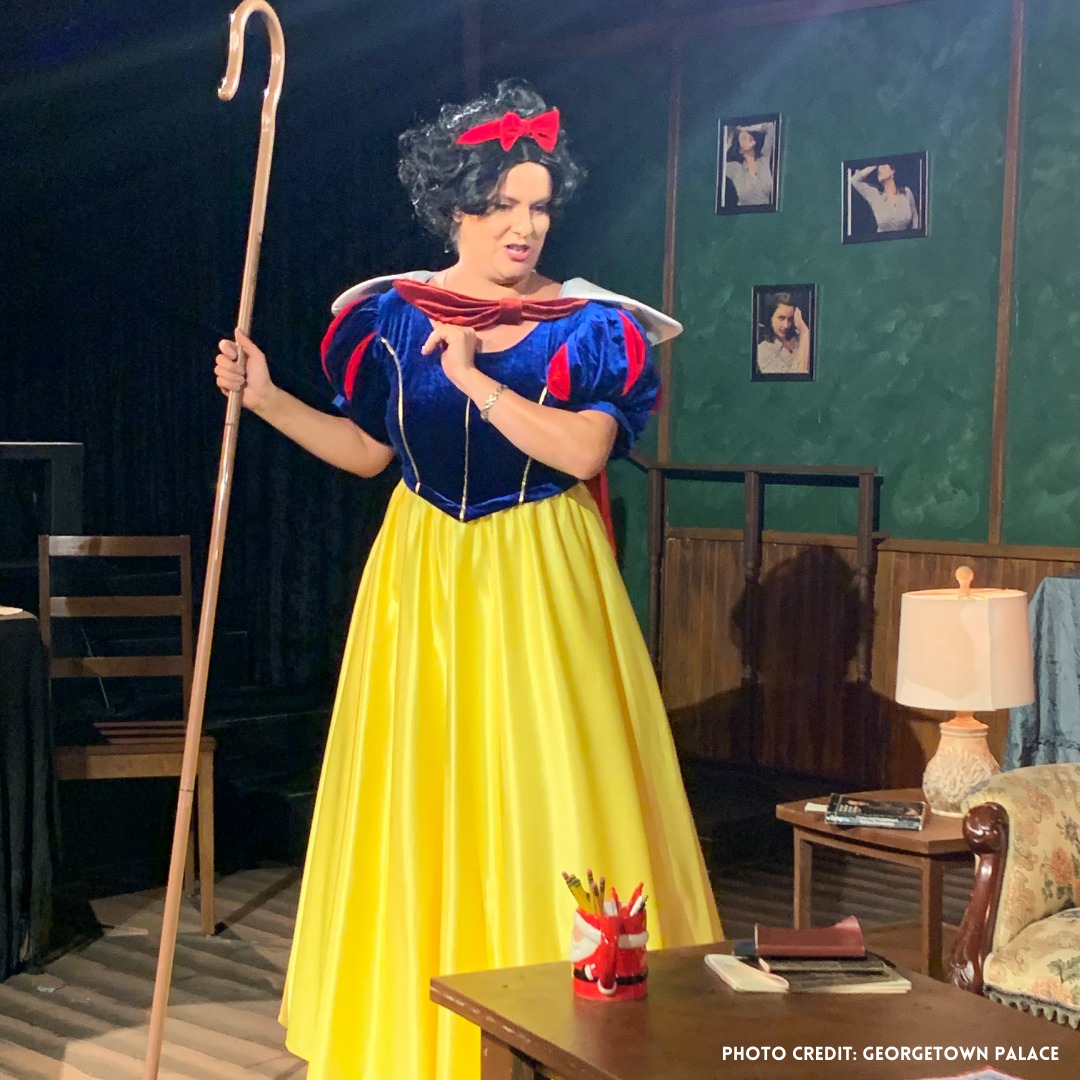 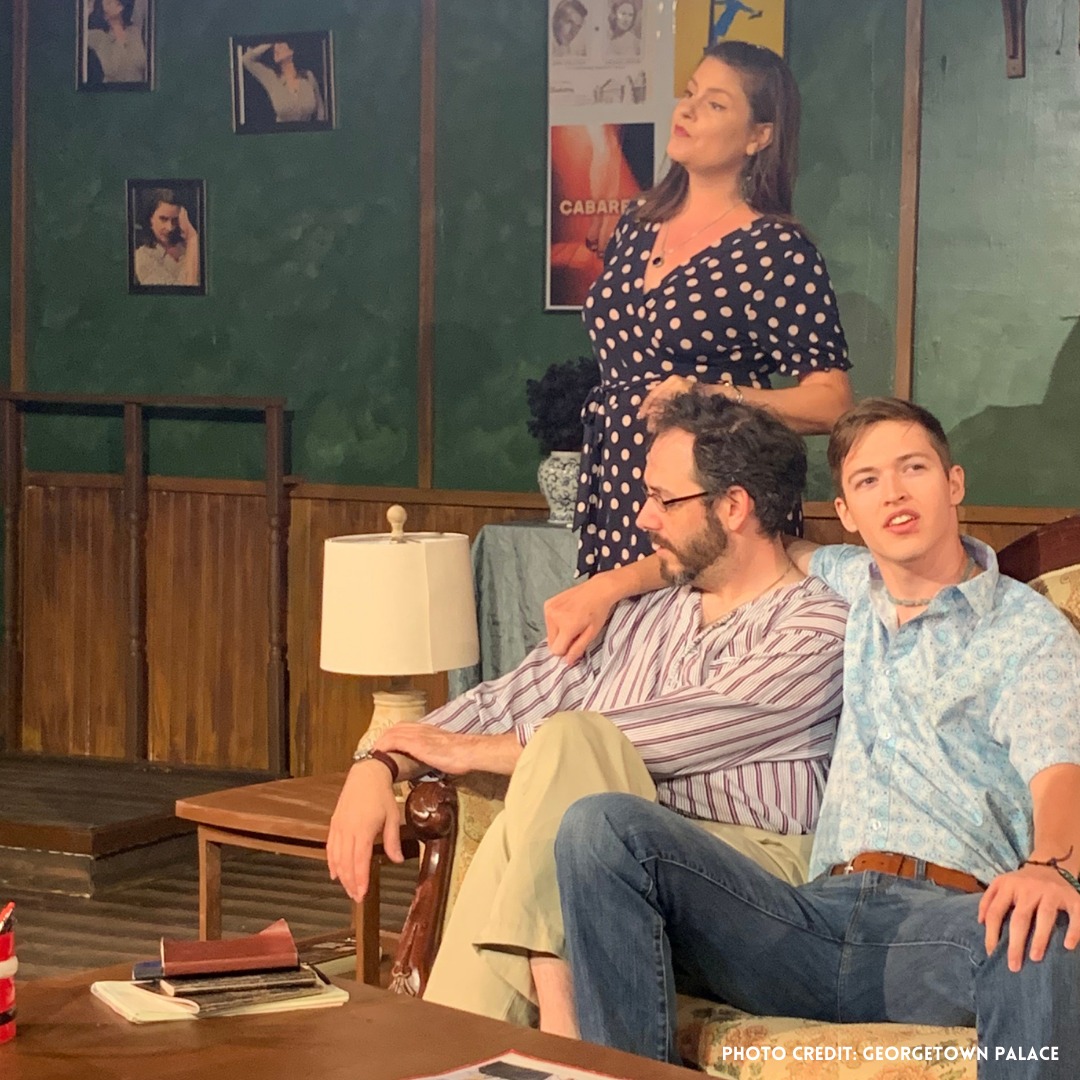 Middle-aged siblings Vanya and Sonia share a home in Bucks County, PA, where they bicker and complain about the circumstances of their lives. Suddenly, their movie-star sister, Masha, swoops in with her new boy toy, Spike. Old resentments flare up, eventually leading to threats to sell the house. Also on the scene are sassy maid Cassandra, who can predict the future, and a lovely young aspiring actress named Nina, whose prettiness somewhat worries the imperious Masha.

Winner of the 2013 Tony Award for Best Play.

Comic genius Christopher Durang (Sister Mary Ignatius Explains It All to You, The Marriage of Bette and Boo, and Betty’s Summer Vacation) creates a wildly funny farce about a self-absorbed movie star — with her 20-something boy-toy in tow — who returns to the family farmhouse to visit her brother and sister. Her arrival, and subsequent announcement, quickly turn this genial reunion into an hilarious free-for-all. Vanya and Sonia and Masha and Spike earned the Tony Award, New York Drama Critics’ Circle, Drama League, and Drama Desk awards, all for best play of the season.

Performances run Friday and Saturday at 7:30 pm and Sunday at 2 pm.

This production will be presented inside at the Palace Playhouse, the Palace's resident black box theatre off 8th Street and Tin Barn Alley.

Tickets will be $34 for adults, $32 for seniors, students and military, $17 for children. All fees are included in ticket pricing. Tickets are on sale now at GetPalaceTickets.com.

The theatre will be seated at 100% capacity. For performances at the Springer Stage and Palace Playhouse, masks will be encouraged for the health and safety of our performers, staff, and patrons. 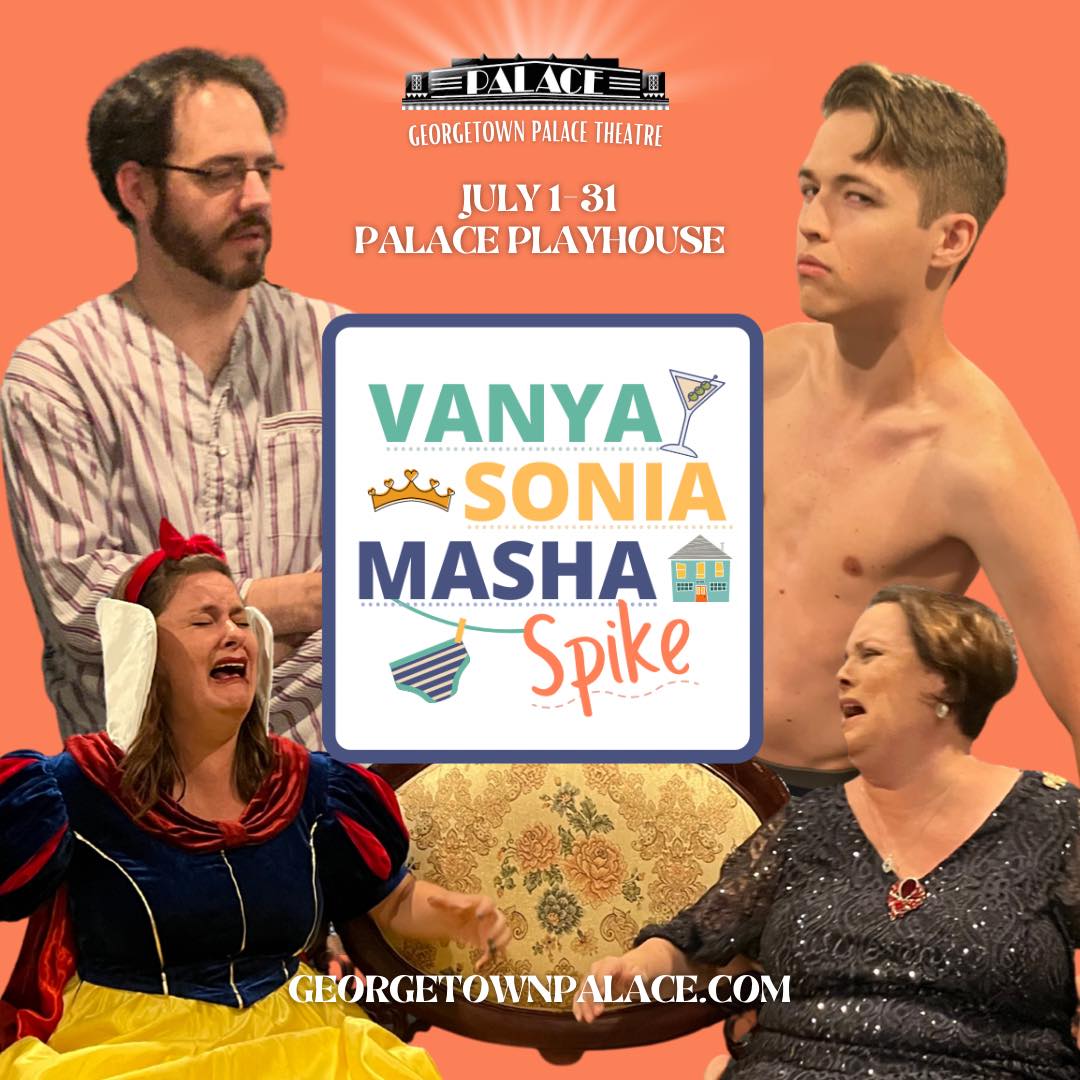