Performed by the Shakespeare at Winedale Summer Class

at the Shakespeare at Winedale Theatre Barn

Shakespeare at Winedale’s 2021 Summer Class takes the stage this July and August with performances of Shakespeare’s Twelfth Night, Romeo and Juliet, and King Richard III. The season will open on Friday, July 30th, and run through Sunday, August 15th. Performances are Fridays, Saturdays, and Sundays at 7:30 pm, with matinees on Saturdays and Sundays at 2 pm. Tickets are $10. Patrons can purchase tickets through the Shakespeare at Winedale website, www.shakespeare-winedale.org

The Shakespeare at Winedale program, housed in the College of Liberal Arts at UT, offers students a unique opportunity to explore Shakespeare’s rich and complex texts through the creative act of play. Established in 1970 as an undergraduate English course, Shakespeare at Winedale has grown into a year-round program reaching many different groups across the state and country. Students in the summer program spend several weeks living in the Texas countryside, studying and performing three plays in the historic barn that has been converted into an Elizabethan theatre.

“We are so excited to be able to have public performances in person this year,” says Professor James Loehlin, the program’s director.  “We have been having a modified, hybrid summer class in conjunction with UT COVID protocols.  So far the students have been meeting over Zoom from all over the state (and one in California), but we are moving out to Winedale in July and it will be a thrill to be back working in the Theatre Barn again.”

Loehlin says that despite the difficult circumstances of the pandemic, the program will be able to perform this summer. “With some modifications and reduced capacity, we will be able to have live performances of three wonderful plays: Twelfth Night, Romeo and Juliet, and King Richard III.  These are among the most popular and audience-friendly plays in each of Shakespeare’s three genres of comedy, tragedy, and history, so we are delighted that we will be able to share them with audiences in person.  We encourage people to make reservations early, get vaccinated, and stay safe as we look forward to enjoying the 51st season of Shakespeare at Winedale!” 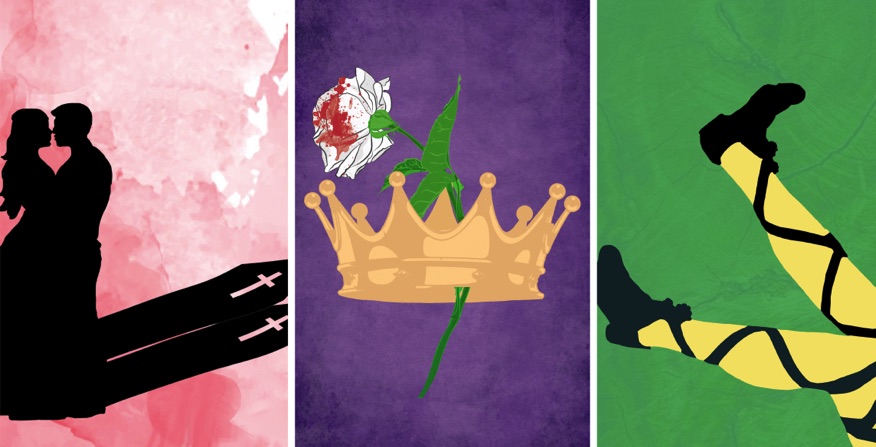 The following descriptions give a sense of each of the three plays.

Music, love and humor suffuse this delightful comedy. The shipwrecked Viola disguises herself as a man to serve the lovesick Duke Orsino, but soon finds herself caught up in a romantic triangle with the proud Countess Olivia. The hilarious antics of Sir Toby Belch and his mischievous friends add to the folly and wisdom of Shakespeare’s final true comedy.

One of the world’s greatest love stories unfolds in the midst of a deadly family feud. While the Montagues and Capulets brawl in the streets over an “ancient grudge”, the young Romeo and Juliet find a love that transcends the strife of Verona. But can their passion overcome their parents’ hatred?

The York family has won the Wars of the Roses, but “the winter of our discontent” has not ended for Richard, the Duke of Gloucester. Seeing many lives standing between him and the crown, he determines to stop at nothing to realize his dream of glory. As the corpses mount up, who will be able to stop the charismatic tyrant?

For a full schedule of performances or more information about the Shakespeare at Winedale program, please visit our website: www.shakespeare-winedale.org or contact the Program Coordinator Liz Fisher at (512) 471-4726 or lfisher@austin.utexas.edu.