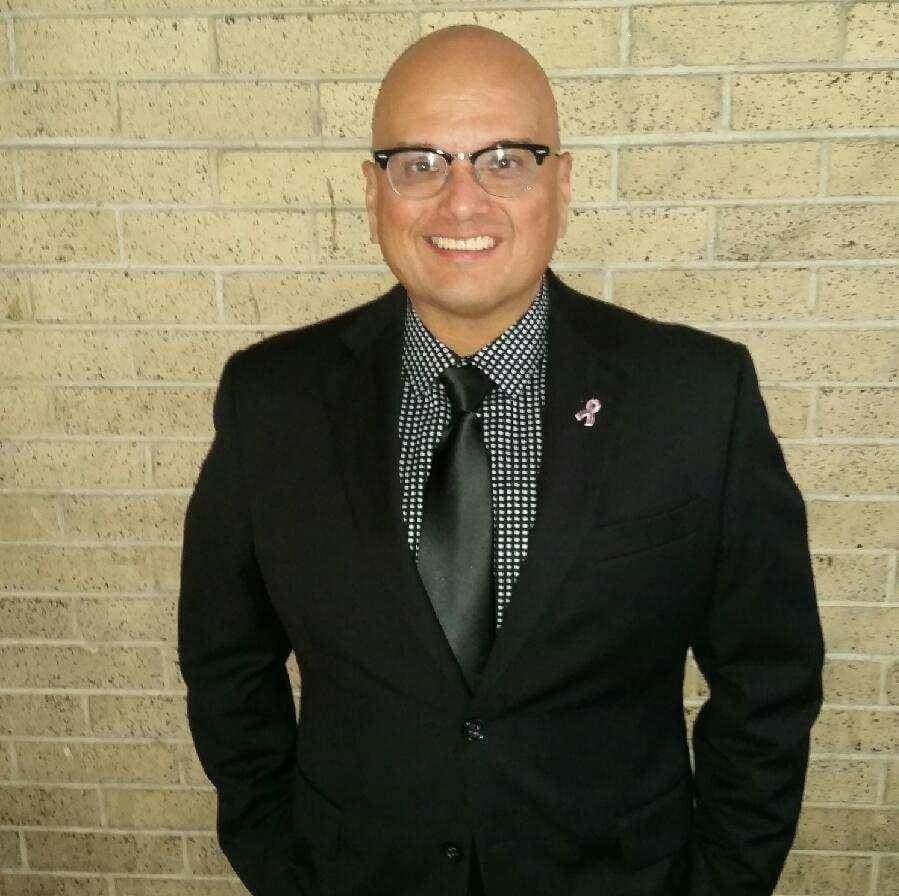 Hinojosa, 57, died early Thursday morning following a brief battle with liver cancer. He spent his final days at the beach in Port Aransas with his husband, Daniel Acosta, and a handful of close friends.

His impact reached much farther than that small circle. In more than 30 years as a prominent member of the city’s theater community, he touched innumerable lives as an actor, director, designer, mentor and advocate for the LGBTQ community.

Hinojosa was diagnosed with stage four cancer in October, but he didn’t share the news with many people until a March 14 post on Facebook. He acknowledged how dire things looked but also wrote, “I am determined to win and turn this poison into medicine. I can make the impossible possible.”

In a post on Saturday, he shared that he had been told he had just a few weeks left.

In the three weeks between those posts, people close to Hinojosa encouraged mutual friends to reach out and let him know what he had meant to them, sparking an outpouring of love. Hundreds of people left notes for him on Facebook, made calls and sent texts thanking him for his friendship, for mentoring them as artists and for moving them with his performances.

“I never realized how I have touched so many lives,” he wrote in that last post.

Hinojosa covered a lot of ground in his lifetime. He was a founding member of Magik Theatre and also ran the Woodlawn Theatre for a few years. He was the first person in San Antonio to stage the “The Rocky Horror Show,” which was a staple of the theater community for years. And, as an actor, he was able to slip into roles ranging from camp to Shakespeare.

Richard Solis met Hinojosa about 30 years ago when they both worked at Fiesta Texas and later worked with him at Magik. Hinojosa mentored him when he was just starting out, helping him develop the foundation for his own long career as a theater artist.

He was in Port Aransas for that final farewell.

“It’s very sad that he has passed on, but it’s a happy thing to have known him,” Solis said. “And I’m happy that he was able to experience the love of a lot of people and that he didn’t suffer too much.”

Hinojosa was born and raised in San Antonio. His grandparents had performed in carpas, Mexican traveling circuses.

Performing may have been in his blood, but his original plan after he graduated from Holmes High School was to study nursing, he said in a 2010 interview with the Express-News. After taking a few theater courses at San Antonio College, he spent a summer working at the Oklahoma Shakespearean Festival and earned a scholarship to study theater at Southeastern Oklahoma State University.

He swiftly fell in love with the art form. After graduating, he spent a few years touring with Repertory Theater of America before coming home to San Antonio.

He was soon cast in a production of “A Funny Thing Happened on the Way to the Forum” directed by Richard Rosen. When Rosen founded the Illegitimate Theatre (later renamed Magik Theatre), he invited Hinojosa to come along.

Rosen remembered him as a consummate professional who was always willing to share his knowledge and his talent, making a big mark on San Antonio’s theater scene

“He mentored so many young artists,” Rosen said. “He left a great legacy, and I hope he knew how much he helped people.”

Hinojosa frequently worked with Kevin Murray, a fellow San Antonian with whom he struck up a friendship when they roomed together in college, first in a dorm, then in a garage apartment that cost them each $67.50 a month in rent. They directed one another and also appeared opposite each other in countless shows.

"We were both character actors, but we didn’t play the same characters, and so the competitive side to it never really was an issue,” said Murray, who was also at the beach to say goodbye. “And we made each other laugh a lot. I’ve always loved his humor, and I know he loved my humor. We just kept each other laughing for 40 years.”

Hinojosa played many memorable roles over the years — an entire community in “I Am My Own Wife,” the insecure drag artist Zaza in “La Cage aux Folles,” the title character in “The Elephant Man,” a thuggish millionaire in “Born Yesterday,” a mother with a dark secret in “Psycho Beach Party,” Caliban in “The Tempest” and the king of Siam in “The King and I.”

He also was a designer and a director. One of the shows he directed was “Corpus Christi,” Terrence McNally’s controversial play depicting Jesus and the apostles as gay men, in the Cellar Theater of the San Pedro Playhouse (since renamed The Public Theater of San Antonio). The play drew protesters, and Hinojosa wrote a commentary for the Express-News explaining why he had decided to take it on.

“Corpus Christi” is set in the 1950s, and, Hinojosa noted, reflects the stigma that existed for gay people back then — as well as in the 1970s, when he was growing up, and in 2011, the year he directed it.

“Teens in this country continue to kill themselves at an alarming rate,” he wrote. “Too many of our young people don’t have role models to whom they can turn. It is important that ‘change’ begin with one individual. I choose to become that individual.”