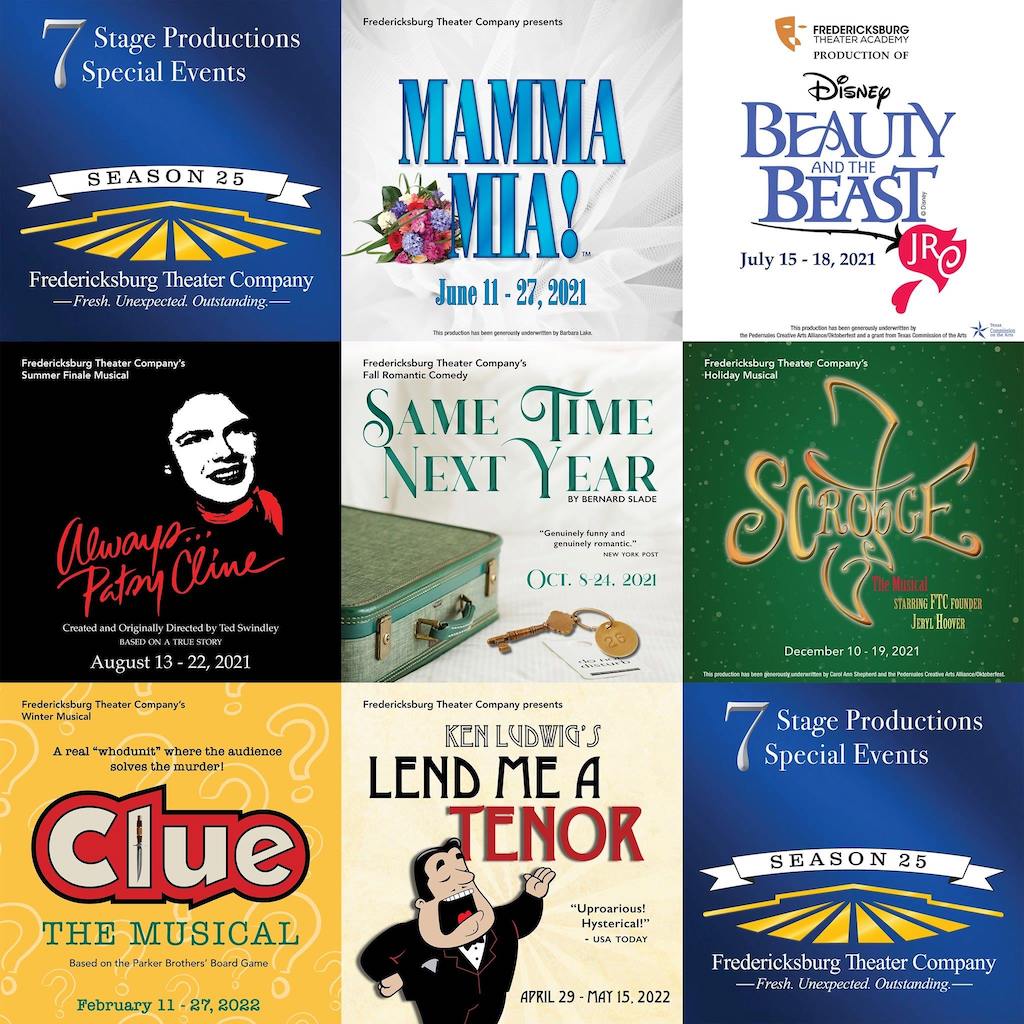 Mamma Mia! - June 11th - 27th, 2021
Get swept away by the infectious music, uplifting story, and dazzling dance numbers that have made Mamma Mia! a worldwide phenomenon. As wedding festivities commence on an idyllic Greek island, a young bride-to-be schemes to discover the identity of her father from among three men from her mother’s past. Through the eternally catchy score of ABBA chart-toppers, the hilarious and touching tale of daughter, mother, and would-be dads crescendos to an exhilarating finale celebration you simply can’t resist! (Rated PG-13)
Beauty and Beast Jr. - July 15th – 18th, 2021
Based on the original Broadway production that ran for over thirteen years, Disney’s Beauty and the Beast JR. tells the classic story of Belle, a young woman in a provincial town, and the Beast, who is really a young prince trapped under the spell of an enchantress. If the Beast can learn to love and be loved, the curse will end and he will be transformed to his former self. But time is running out. If the Beast does not learn his lesson soon, he and his household will be doomed for all eternity. (Rated G)
Always… Patsy Cline - August 13th – 22nd, 2021
Always…Patsy Cline is more than a tribute to the legendary country singer who died tragically at age 30 in a plane crash in 1963. The show is based on a true story about Cline's friendship with a fan from Houston named Louise Seger, who befriended the star in a Texas honky-tonk in 1961, and continued a correspondence with Cline until her death. The musical play includes many of Patsy' unforgettable hits such as “Crazy,” “I Fall to Pieces”, “Sweet Dreams” and “Walking After Midnight.” (Rated PG)
Same Time, Next Year - Oct 8th – 24th, 2021
Twenty-five years of manners and morals are hilariously and touchingly played out in this Tony award winning romantic comedy. In 1951, at a small California inn, George and Doris meet for the first time. The pair decide to meet at the inn every year for a romantic retreat, away from their respective spouses and families. In the decades that follow, both George and Doris face their own personal struggles and hardships, and together they develop a level of love and intimacy that exceeds their expectations. (Rated PG-13)
Scrooge - Dec. 9th – 19th, 2021
In 1970, renowned writer/composer/lyricist Leslie Bricusse adapted the classic Charles Dickens tale “A Christmas Carol” into the hit screen musical “Scrooge.” This stage version, based on the film with the addition of six new songs, will star FTC Founder Jeryl Hoover as the miserly Ebenezer Scrooge who repents his past life when visited by three successive Christmas spirits. (Rated G)
Clue: The Musical - Feb. 11th – 27th, 2022
The internationally popular game is now a fun-filled musical that brings the world’s best-known suspects to life and invites the audience to help solve the mystery: who killed Mr. Boddy, in what room, and with what weapon. A show with 216 possible solutions, Clue: The Musical is filled with comic antics, witty lyrics, and a beguiling score that carries the investigation from room to room. A real Whodunit where the audience is part of the action! (Rated PG-13)
Lend Me A Tenor - Apr. 29th – May 15th, 2022
A sensation on Broadway, this madcap, screwball comedy is guaranteed to leave audiences teary-eyed with laughter. On a historic night at the Cleveland Opera Company, world-famous tenor Tito Morelli is to perform. Through a series of mishaps, Tito receives a double dose of tranquilizers, causing the house manager to believe he is dead and setting off a chain reaction of slapstick and mistaken identity. (Rated PG-13)re company performs their brand of award-winning comedy! Featuring an all-star lineup of performers with years of experience in a show that is accessible, surprising, and hilarious. A guaranteed evening of endless laughter! “An honest, wonderful night of theatre.” - The Austin Chronicle (Rated PG, Adults $29 / 17 & Under $12)