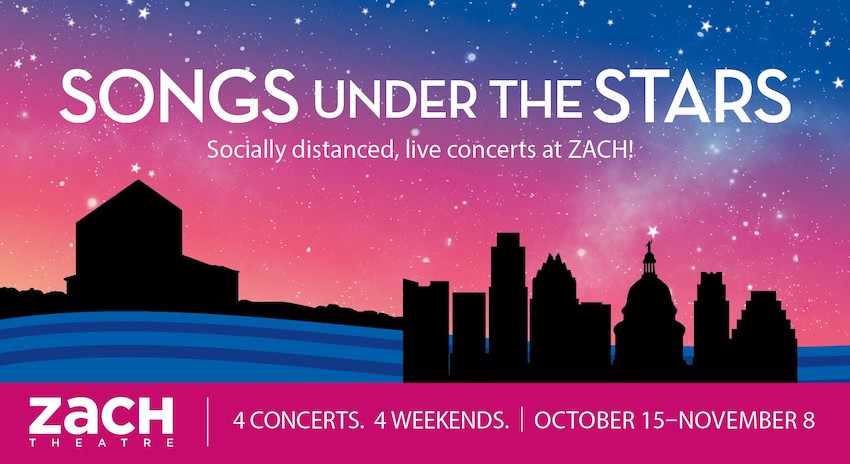 Zach Theatre was founded nearly a hundred years ago as the Austin Community Players in 1921. It would go on to be renamed three more times before it became the more familiar-sounding Zachary Scott Theater Center in 1967. The theater was named to honor the famous Broadway and Hollywood star who was born and raised in Austin, Texas. This title was later officially shortened to Zach Theatre in 2008. Like many, many, other theaters, and theater troupes in Austin it was hit hard by the Covid-19 pandemic. Zach’s past success is highlighted by its present adversity. During the announcements of the production of Songs Under the Stars: SUPERSTAR CHANEL, I learned that the company has been forced to lay off 80% of their staff, cancel hundreds of performances, and for the first time in over 20 years their annual operating budget faced a deficit. The usual request for donations now felt devastatingly more significant.

Despite having to cancel so many shows, Zach Theater has far from dropped the final curtain on this year, rather they were inspired to create a safe and socially distanced series of performances on the People's Plaza, called Songs Under the Stars. The extensive (and comforting) safety measures include: sanitizing sprays, electrostatic disinfectants, obligatory facemasks, temperature checks, no physical tickets or cash may be used, limited seating capacity with individual pods and cabanas to choose from, staggered seating and departures, and digital show programs. I was fortunate to be in attendance for one of the final performances of SUPERSTAR CHANEL on November 7th.

CHANEL, who has most recently starred in London's TINA: The Tina Turner Musical, has long been one of Zach’s most beloved performers having also been in A Christmas Carol: A Rockin' Family Musical, The Ballad of Klook and Vinette, Sophisticated Ladies: the Duke Ellington Musical, Priscilla: Queen of the Desert, and Lady Day at Emerson's Bar and Grill. The audience were delighted to have her back. 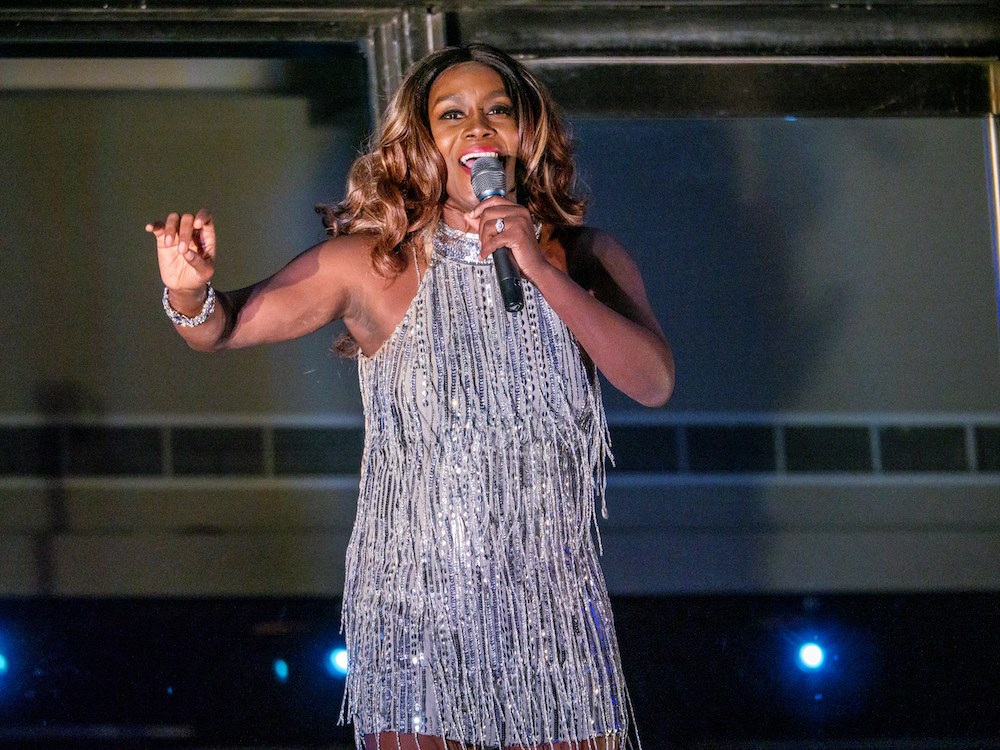 The theme of this show was to give CHANEL a chance to pay tribute to the great female artists who inspired her including Billie Holiday, Tina Turner, Barbara Streisand, Whitney Houston, and quite a few others. CHANEL was given the whole night and the whole stage, and she responded in turn filling every moment with her affability, seductive charm, and incredible vocal stylings. From the opening number, “Happy Days are Here Again” (which could not be apropos to that night if it had been cosmically scripted), the audience released the first of what would be a series of contented sighs. The performance began on the top platform of the stairs to the Topfer Theater and ranged back and forth across its façade, giving CHANEL the opportunity to harness the power of her light-hearted cabaret-style singing. The band was hidden away in the lobby of the Topfer Theater in an orchestra-like arrangement, but their energy was bursting through the front doors.

The lighting design was thoughtful and well-arranged adding depth to the narrow playing space and igniting CHANEL’s gorgeous silver dress like a thousand Holliday lightshows. It was hard not to forget, that one was under the open night skies. The sound design was similarly fantastic: loud, clear, and balanced and not overwhelmed by the outdoor space. It maintained an intimacy that is often lost on the stages of outdoor music festivals. CHANEL’s performance ran through the diversity of her career and influences and she managed to flip between spot-on impersonations and putting her own on stamp on the standbys. In the Billie Holliday portion, she resumed the heights that won her the Best Leading Actress in a Musical in 2008. And as Tina Turner, just forget about it. Her rendition of “The Best” was simply that. With her backup singers Jessica O’Brien and Courtney Santana, she brought the audience to their feet with “Proud Mary.” Before this finale, the trio made the Rolling Stone’s “Honky Tonk Woman” their own. Other standout songs included “Sentimental Journey,” “God Bless the Child,” “Strange Fruit,” and “Ain’t Nobody.” Though it is indisputable that “I Will Always Love You” completely brought down the house, which is all the more impressive considering that we were outside.

We are happy to report that the company has extended the run of their Motown Grooves show to include another three weeks between November 11th and November 29th.