In her new bilingual play, Krysta Gonzales brings together archetypes of Latina womanhood to dance, bicker, share chisme, heal old wounds, and insist that being “too much” is what makes them just perfect. Our tias and madres blend with Coatlicue, Tonantzin (La Virgen of Guadalupe), and La Llorona.

Now based in Los Angeles, VORTEX Company member Krysta Gonzales has been working with The VORTEX since 2010, primarily as an actor and choreographer. Teatro Vivo nurtured the early development of Más Cara during the Austin Latino New Play Festival in 2016, and it was named as one of the Top 10 Unproduced Latinx Plays of 2017 by the 50 Playwrights Project, Over the past year, director Rudy Ramirez has workshopped the play with Avante Theatre Project in preparation for its debut production as the featured show of FuturX Festival 2019. Now, The VORTEX and Teatro Vivo partner to present the world premiere of Más Cara by Krysta Gonzales at The VORTEX for the first 3 weeks of November.

More forthcoming from Teatro Vivo and the Vortex Repertory. (October 8, 2019) 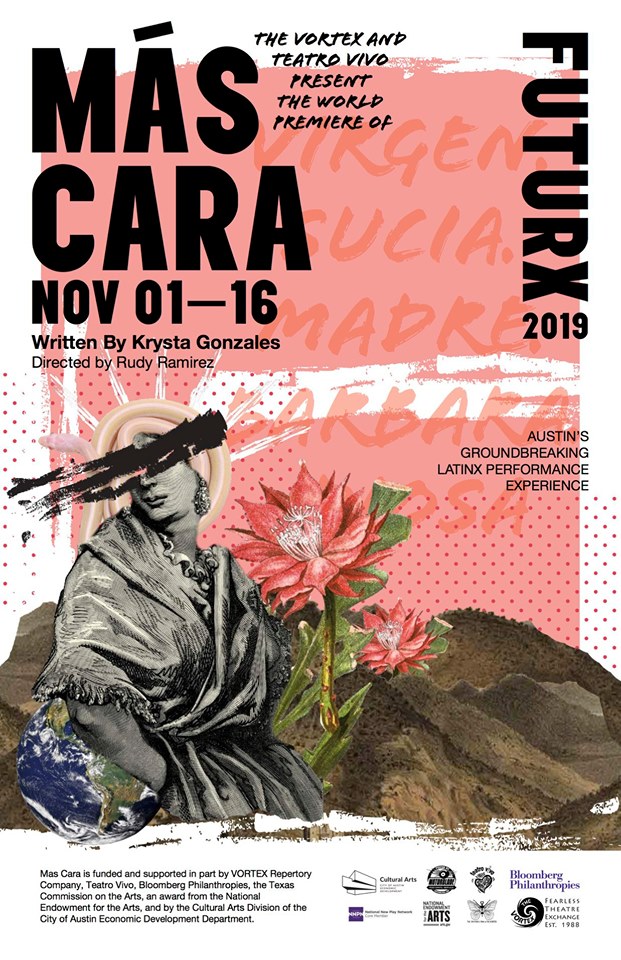