Where’s the last place you’d look for someone in witness protection? A convent, of course!

Sister Act is about a Reno lounge singer named Deloris Van Cartier who witnesses her mobster boyfriend killing an employee. Deloris is then hidden in a convent under a witness protection program and very soon makes friends with the nuns, especially Sister Mary Robert, Sister Mary Lazarus and Sister Mary Patrick.  After the Mother Superior catches Deloris going out to a bar in the night followed by Mary Robert and Mary Patrick, Deloris is ordered to join the church choir.  Mother Superior soon finds Deloris coaching the choir and turning them into swingin' singin' sisters. The choir proves to be a big success with the surrounding neighborhood, but the big question remains:  Will Deloris' boyfriend track her down?

Exciting news:  Scott Shipman is back at The Palace as Director of Sister Act!  Scott directed Anything Goes at the Palace and performed in Thoroughly Modern Millie (Graydon), Peter Pan (Hook), Shrek: The Musical (Shrek), and The Addams Family (Fester).  He also directed Shrek: The Musical at Zilker Park in 2016 and will be directing The Little Mermaid there this coming summer.  Other performance credits include Zach Theatre (Ragtime, Urinetown), Zilker Theater Productions (Beauty and the Beast, Annie Get Your Gun, Hairspray), Austin Playhouse (Guys and Dolls – B. Iden Payne award for Best Supporting Actor in a Musical, Shakespeare in Love), Austin Shakespeare (Hamlet), Austin Opera (l’Etoile, Tosca, La Traviata), and as a guest artist as St. Edward’s University (She Loves Me, Merrily We Roll Along) and The University of Texas (The Drowsy Chaperone – B. Iden Payne award for Best Actor in a Musical).

Judy Thompson-Price returns to The Palace for the third time as Choreographer for Sister Act.  Judy’s career, spanning 40 years, has seen her choreograph from Austin to Georgetown, including twenty-two of the popular Zilker Hillside Theater’s summer musicals, most recently heading the choreography for the whimsically fun Shrek. She has received numerous Austin Circle of Theatre Awards for her choreography of such shows as Grease, Fiorello, The Most Happy Fella, West Side Story and The Unsinkable Molly Brown.

Rose Yurcina (Music Director) is an Austin-area music director, voice teacher, and performer. Rose has been Music Director for several shows at The Palace including White Christmas, Mame, Annie, and West Side Story.  As a performer, her favorite Palace roles include Peter Pan (Peter Pan), Shulie (School House Rock Live), and Dorothy Gale (The Wizard of Oz).  Rose is currently Music Director for the Palace Performance Company production of Footloose and teaches musical theatre vocal technique with the Palace Academy.

Come see this feel-good musical comedy that has audiences dancing right along with Deloris Van Cartier and her choir.  Sister Act promises a night of uplifting gospel music, outrageous dancing, and a moving story about the power of friendship that knows no boundaries.

The Palace appreciates Community Impact Newspaper for their Season Sponsorship of the Palace’s 2018-2019 Season.

Get tickets for Sister Act at www.georgetownpalace.com or by calling the Palace Office at 512-869-7469. 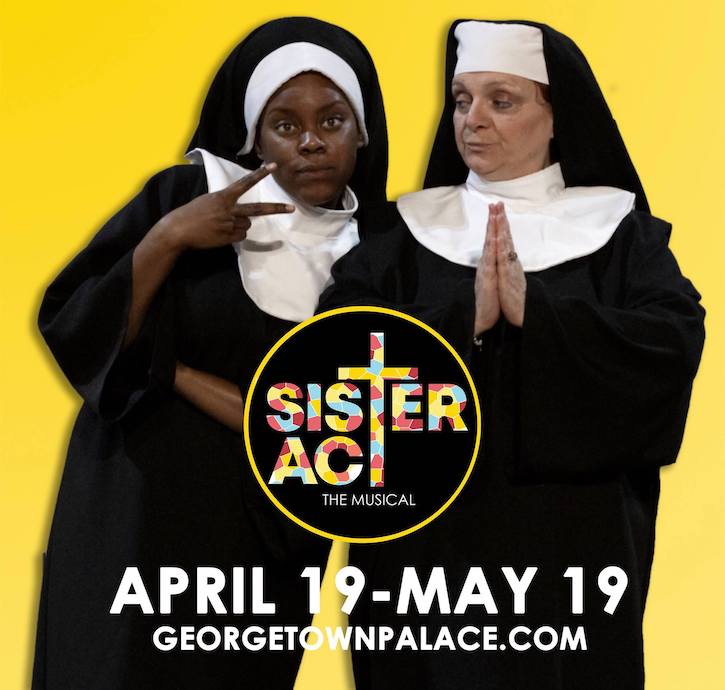