An incessantly ringing cell phone in a quiet café. A stranger at the next table who has had enough. And a dead man – with a lot of loose ends. So begins Dead Man’s Cell Phone, a wildly imaginative new comedy by MacArthur “Genius” Grant recipient and Pulitzer Prize finalist Sarah Ruhl. A work about how we memorialize the dead – and how that remembering changes us – it is the odyssey of a woman forced to confront her own assumptions about morality, redemption, and the need to connect in a technologically obsessed world.

Tickets will be available through the Temple Civic Theatre website. 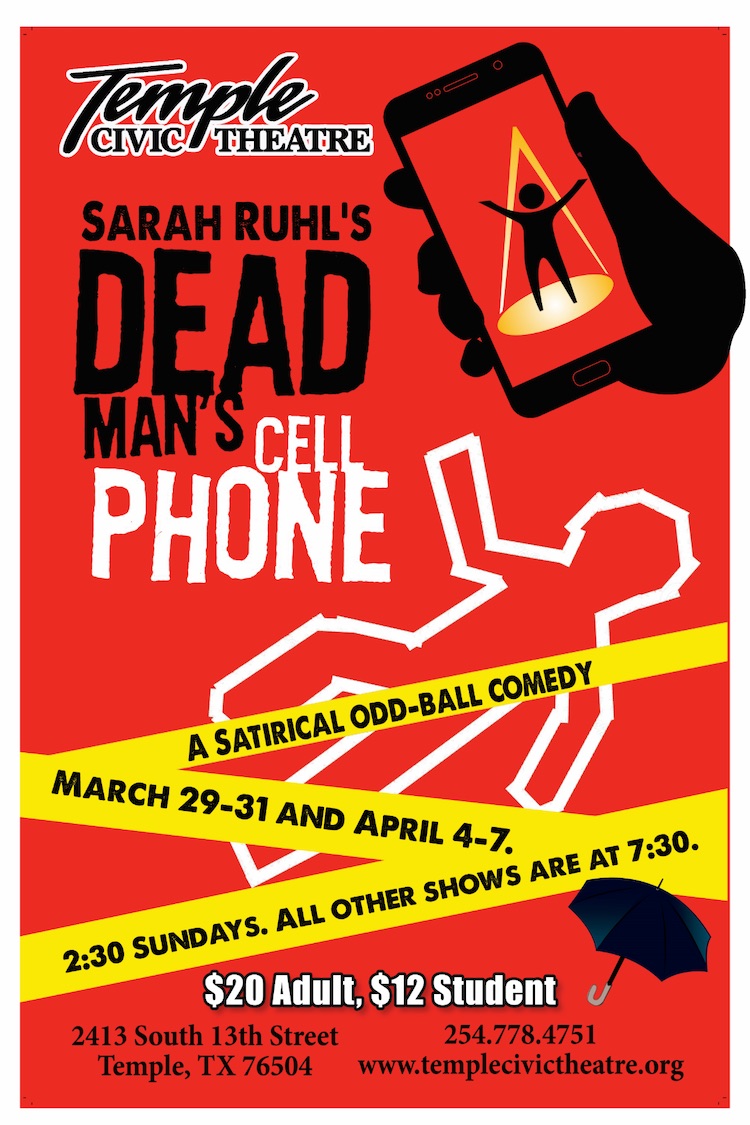