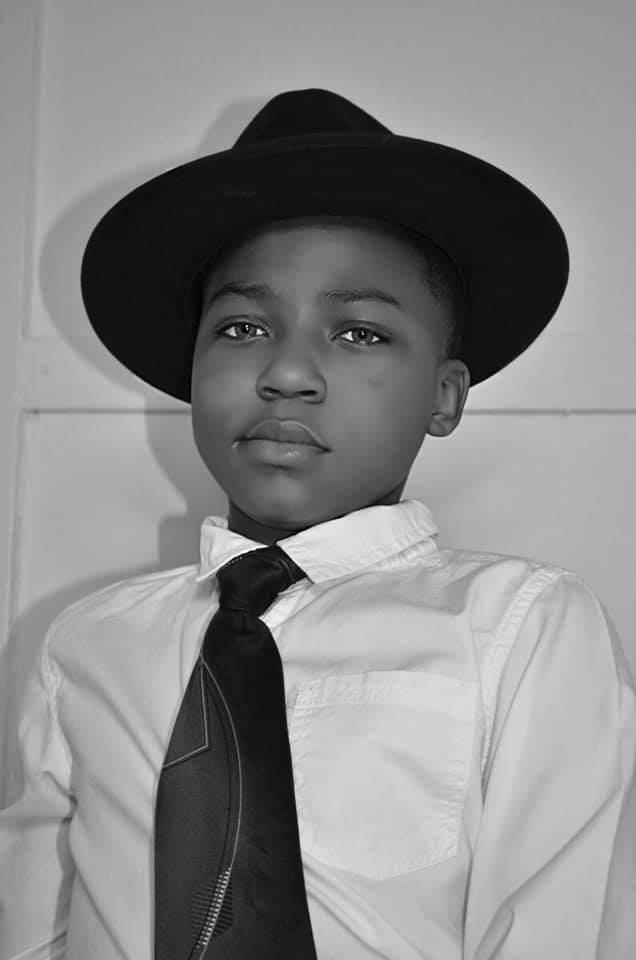 The Face Of Emmett Till
Written By: Mamie Till - Mobley & David Barr III


August 28, 1955 -- 50 years ago Emmett Till was brutally murdered. June 2, 2005 - The F.B.I. reopens the case. The Face of Emmett Till is a true-to-life dramatization of the death of 14-year-old Emmett Till, a Chicago teenager who, while visiting relatives in Money, Miss., in August 1955, was kidnapped, tortured and murdered by two white men who claimed they wanted to teach him a lesson for "allegedly" whistling at a local white woman. The horror and the brutality of this crime were magnified even more when his mother, Mamie Till-Mobley, made the fateful decision to invite the media to the funeral where she had an open casket. The shocking pictures were published by the American black press and were later republished around the world. The ramifications of this act are still being felt today. As retold for the first time within a creative, nonfictional genre by Mamie Till-Mobley, the play chronicles this tragedy, its aftermath, and her heroic crusade for justice. The year 2005 commemorates the 50th anniversary of this incident, which has rightfully been called "the hate crime that changed America" and in fact sparked the Civil Rights movement; two months after the death of Emmett Till, Rosa Parks stood up against Jim Crow and helped spearhead the historic Montgomery Bus Boycott. She has often cited the tragic death of Emmett Till as one of a myriad of reasons she refused to give her seat to a white passenger.

Please Note: this play does include graphic violence and strong language.

The Face of Emmett Till
by Mamie Till- Mobley & David Bar III
Robert King, Jr.

Tickets $15 and $20 plus service fees, available via 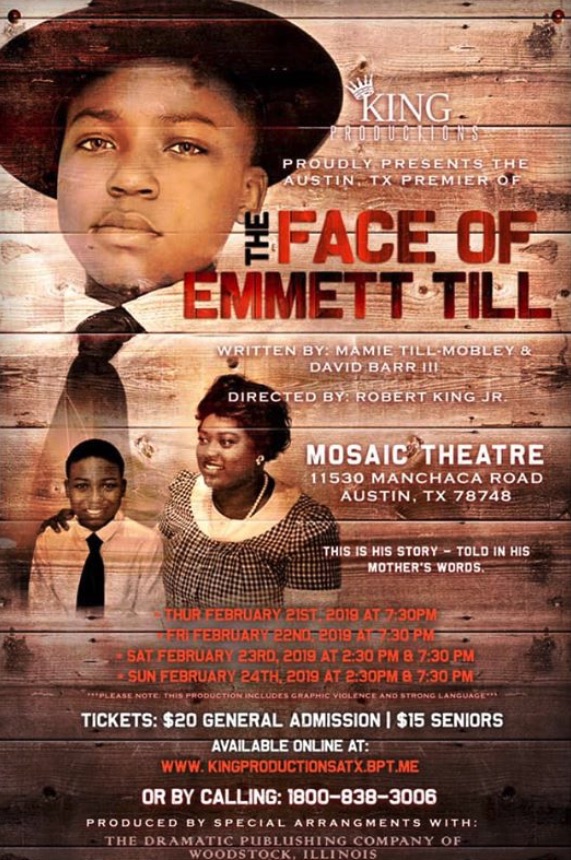