Promo Video: Director Adam Sussman on THE MERCHANT OF VENICE at the University of Texas, November 14 - December 2, 2018

A businesswoman hated for being Jewish tries to break into the clique of rich men who run Venice. A wealthy merchant seeks to buy the love of a young man. A sheltered heiress attempts to escape her dead father's will. One of Shakespeare's most controversial and misunderstood plays, this production of The Merchant of Venice tackles, head-on, the topics of anti-Semitism, misogyny and homophobia in society.

Part scathing social satire, part romantic comedy, part revenge thriller, The Merchant of Venice defies expectations and asks us to examine what hatred we hold in our hearts.

About the director: Adam L. Sussman is a theatre-maker and educator from the Bay Area. His work at The University of Texas at Austin includes Gondal (UTNT (UT New Theatre), 2017), Daniel/Rose (the Cohen New Works Festival, 2017) and Opening Session. Before moving to Austin, Sussman was a core member of Oakland's Ragged Wing Ensemble, a founding member of the theatre collective HATCH, literary manager at Custom Made Theatre and a longtime participant and co-organizer of the International Home Theater Festival. He has directed work at Playwright's Foundation, Playwright's Center San Francisco, Just Theater, PianoFight, The Theater Offensive, San Francisco State University and SF Theater Pub. Sussman was the Bret C. Hart Directing Fellow at Berkley Repertory Theatre from 2014-2015 and is a recipient of Theater Bay Area's Titan Award.

Burgess Byrd (Shylock), Bella Medina (Portia) and Adam L. Sussman (Director) sit down with Texas Theatre and Dance Marketing and Events Assistant Ryan Prendergast to discuss the challenges and rewards of one of Shakespeare’s most controversial and misunderstood plays. Part scathing social satire, part romantic comedy, part revenge thriller, The Merchant of Venice defies expectations and asks us to examine what hatred we hold in our hearts. Click HERE to go to podcast page. 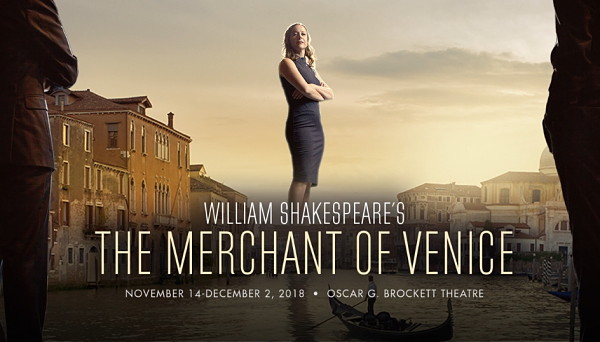