Mary Poppins, one of the most popular Disney movies of all time, is capturing hearts in a whole new way: as a practically perfect musical! Based on the books by P.L. Travers and the classic Walt Disney film, Mary Poppins has delighted Broadway audiences and received nominations for seven Tony Awards, including Best Musical. And now:  everyone’s favorite ‘Nanny’ takes the stage at Georgetown’s Historic Palace Theatre in this amazing musical adventure.

Original music and lyrics for Mary Poppins by Richard M. Sherman and Robert B. Sherman, with book by Julian Fellowes.  New songs and additional music and lyrics by Anthony Drewe and George Stiles.  Co-Created by Cameron Mackintosh.  Berry Creek Life, a private community magazine designed exclusively for the residents of Berry Creek, is sponsoring the Palace production of Mary Poppins, and Community Impact is a Palace Season sponsor for 2017-2018.

The jack-of-all trades, Bert, introduces us to England in 1910 and the troubled Banks family. Young Jane and Michael have sent many a nanny packing before Mary Poppins arrives on their doorstep. Using a combination of magic and common sense, she must teach the family members how to value each other again.  Mary Poppins takes the children on many magical and memorable adventures, but Jane and Michael aren't the only ones upon whom she has a profound effect.  Even grown-ups can learn a lesson or two from the nanny who advises that "Anything can happen if you let it."

Katya Welch won the iconic role of ‘Mary Poppins’ in her 15th show and 5th year with the Palace. Last seen as ‘Schwartzy’ in The 25th Annual Putnam County Spelling Bee, Katya’s many other Palace credits include roles in Mame, Annie 2017, Shrek the Musical, and CATS.  Ismael Soto III, longtime Palace performer and educator, plays the irrepressible ‘Bert’.  Ismael was seen this season as ‘M. Lindsey Woolsey’ in MAME, ‘Drake’ in Annie, and‘R.W.Burleson’ in You Can’t Do That, Dan Moody. Diego Rodriguez and Zachary O’Dell are sharing the role of the young ‘Michael Banks’.  And Carly Wagner and Olivia Leedy are sharing the role of Michael’s sister ‘Jane’.

Get tickets for Mary Poppins at www.georgetownpalace.com or by calling 512-869-7469.  Mary Poppins is on the Springer Main Stage at Georgetown’s Historic Palace Theatre from July 13 to August 19, 2018 (five weekends).

We've added shows! Tickets are now available for purchases for performances on: August 4 (Matinee) and the weekend of August 17, 18, and 19 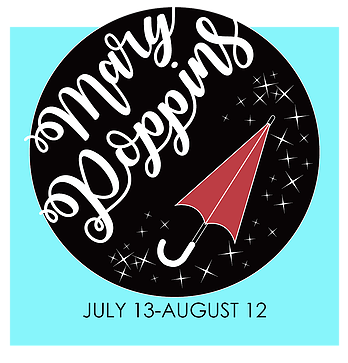