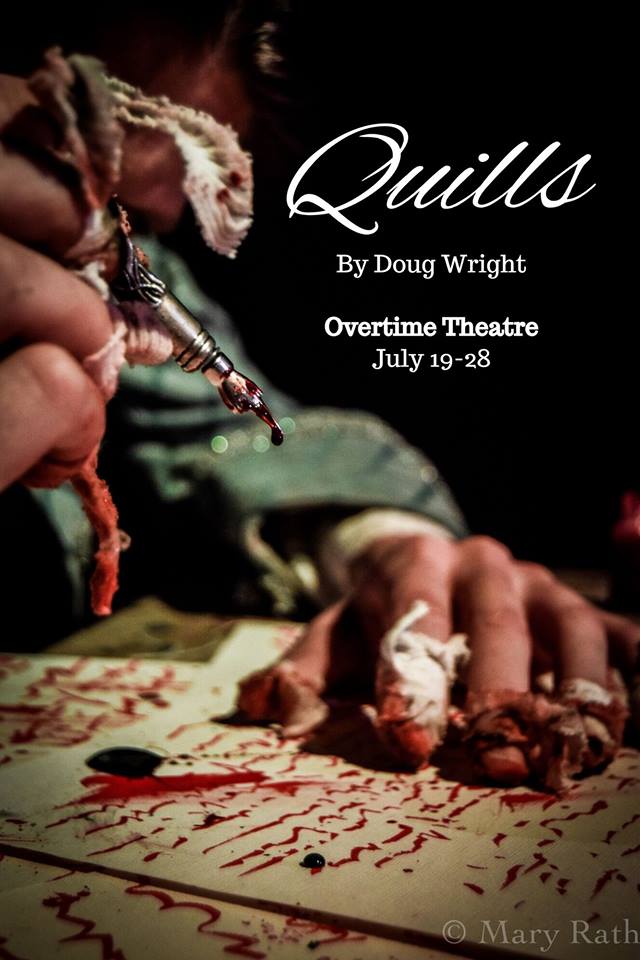 “In order to know virtue, we must first acquaint ourselves with vice.” Join us as we present a brutal and provocative retelling of the infamous life and death of renowned libertine and author, Donatien Alphonse François, aka, the Marquis de Sade. The Marquis, to say the least, was a polarizing figure, who spent the better part of his adult life in prisons and asylums throughout France due to his pension for writing macabre stories fraught with pornography, violence, and some of the most extreme aspects of human behavior.  Quills was adapted into a feature film in 2000 starring Geoffrey Rush, Kate Winslet, and Michael Caine. The film was critically acclaimed, earning Rush a BAFTA, Golden Globe, and Academy Award nomination for his performance as the Marquis.Due to its graphic adult content, intense subject matter, and provocative language and situations, this production will be held for a limited run, with only 4 public performances. Only those over 18 will be allowed in. No exceptions.Quills is meant for Mature Audiences Only, and will feature Male Nudity, Adult Language, Situations, and Themes. It is not recommended for those with delicate Religious Beliefs. 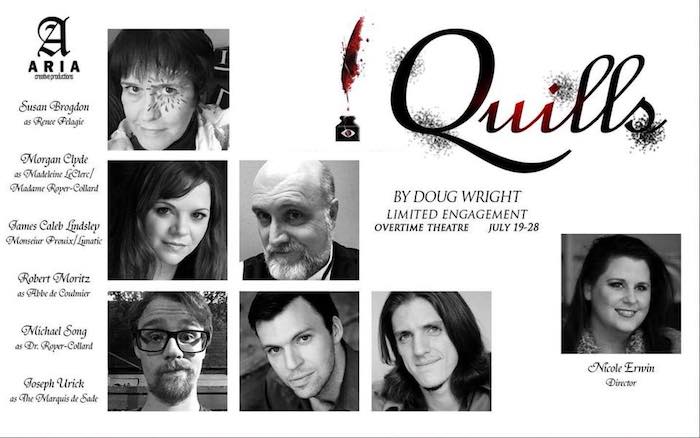 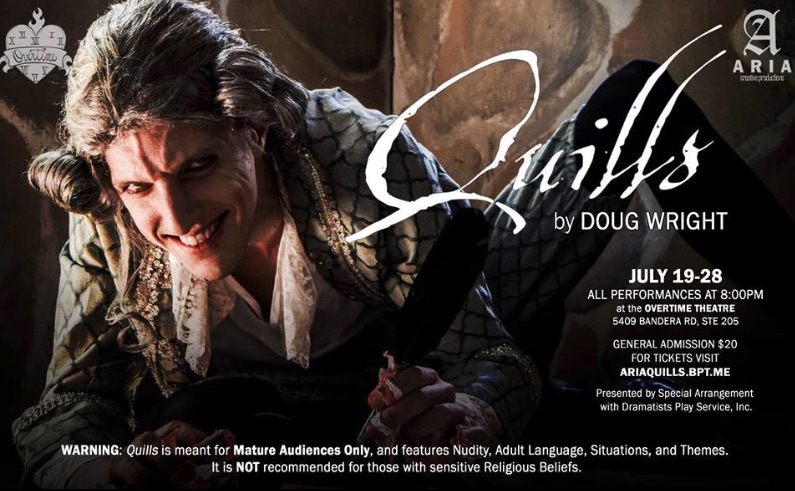