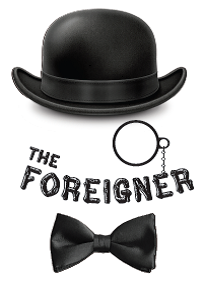 The Lakeway Players is urgently seeking a young male actor for the role of Ellard in their upcoming production of “The Foreigner” by Larry Shue.

Ellard is a young, very Southern, seemingly slow witted but good hearted younger brother of Catherine (played by Tate Allen).  He has a middle-sized role – very fun, with lots of physical comedy.

We need someone who can pass in their mid-teens, mid 20s at the latest would be ideal, older will be considered. This is an unpaid role, but it's seen by close to 600 folks over the 3-day show run.  The audience can bring food & adult beverages to the show, and they sit at round tables of 10, so it’s a lot of fun for both actors and the audience.

What happens when a shy, reluctant Englishman in search of complete solitude ends up at a fishing lodge in the middle of “Podunk” Georgia? In this hilarious farce, Charlie, a timid sci-fi proofreader by day and boring husband by night, adopts the persona of a foreigner who doesn’t understand English. When others begin to speak freely around him, he not only becomes privy to secrets both dangerous and frivolous, he also discovers an adventurous extrovert within himself. 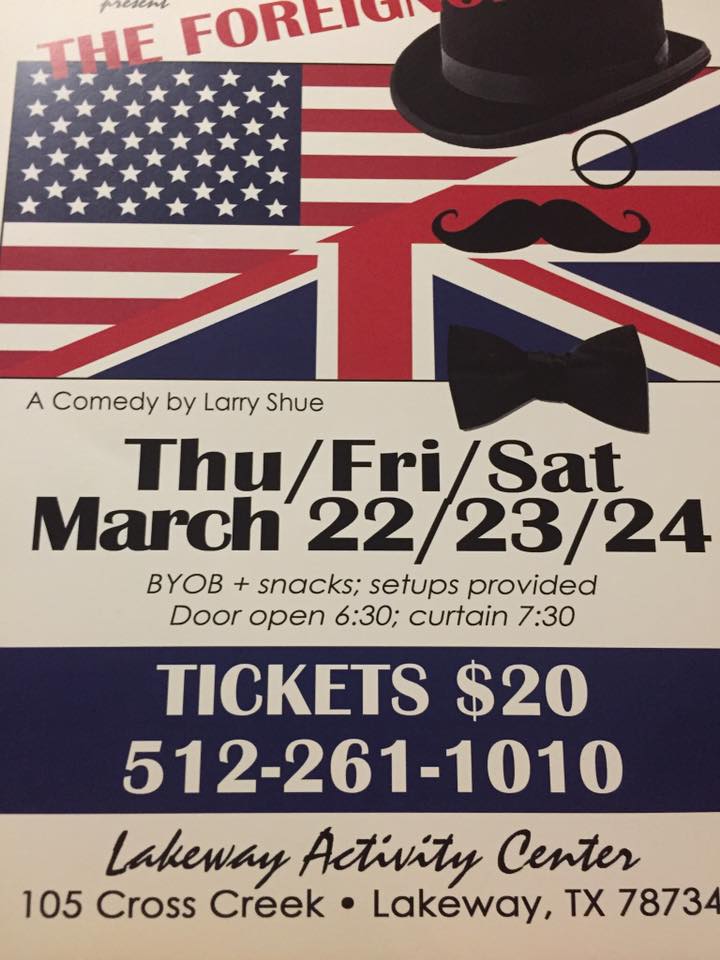 The Lakeway Players was started in the fall of 2001 when a group of drama enthusiasts decided to perform a play written by local Lakeway resident Sue Wright. The play was …