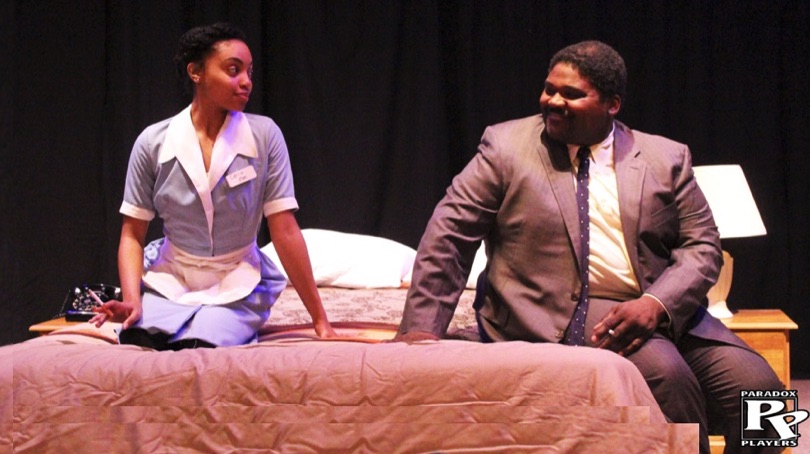 Review: The Mountaintop by Paradox Players

The Mountaintop is an incredibly beautiful play by Katori Hall, and Austin is blessed by a production of it with two fantastically talented actors who arrive by convergent paths at Paradox Players of Austin's First Unitarian Universalist Church.

The Mountaintop is an incredibly beautiful play by Katori Hall, and Austin is blessed by a production of it with two fantastically talented actors who arrive by convergent paths at Paradox Players of Austin's First Unitarian Universalist Church. The premise, simply, is the last night of Dr. Martin Luther King, Jr.’s life at room 306 in the Lorraine Motel in Memphis. The only other character in the play is the motel maid ... 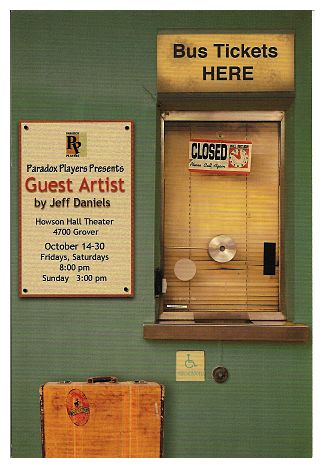 The rhythm of the piece is captivating. Director Karen Jambon orchestrates the dialogue and movement with keen ear and eye. The two leads, Austin stage veterans, are singers as well as actors.

Steubenville, Ohio -- with all respect due to the inhabitants of that town of 19,000, it sounds about as far away from theatre civilization as one could get.  It's in those rough hills of east Ohio, forty miles west of Pittsburgh and facing east into West Virginia.  Playwright Daniels uses the Steubenville bus station as the run-down unlikely setting for the encounter of a famous playwright on his way down and an ... 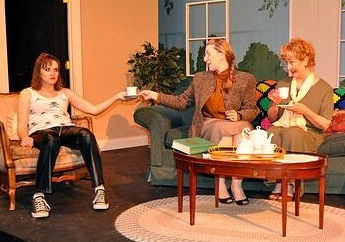 Independence moves quickly, draws us into its vivid little world and convinces us of the vitality of each of these women. Blessing recreates the heart pangs of growing up and the regrets of the family that never really existed.

Independence, first staged in 1983, is one of the earliest of Lee Blessing's theatre works.  It's a tidy, well constructed box-set play that announces its theme open-faced with the very title.

The fact that the setting is Independence, Iowa, misleads no one.  That speck on the map, population of about 5,500, stands for AnyTown, USA, or at least, AnySmallTown, USA. 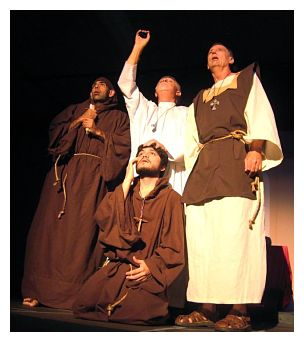 Our monks contemplate the resources available to them in their own sanctified ground and, inevitably, they find the justification for going into the bone-exporting business big time. That's the basic joke of this show.

This cheery little satire might well have been titled Incorruptible - Men in Robes, marking a link to the comic style of the frankly inimitable Mel Brooks.  As was always the case in Brooks' hysterical historical spoofs, the intent wasn't so much to portray the epoch as to emphasize that the seven deadly sins have always been with us -- particularly those of greed, envy and lust, the ones most likely to make us act in ... 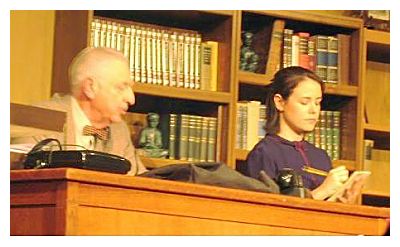 Don Owen inhabits Biddle with ease. If anything, he makes the man a good deal gentler than the text would suggest.

This piece is a curious blend of memoir and fiction, drawn directly from the playwright's year as personal secretary to the patrician Francis Biddle in 1967-1968, the last year of Biddle's life.Biddle had clerked for Justice Oliver Wendell Holmes but had abandoned his Republican background to rally to Franklin Delano Roosevelt in the 1930s. FDR appointed him Solicitor General and then Attorney General of the United States throughout World War II. In that ... 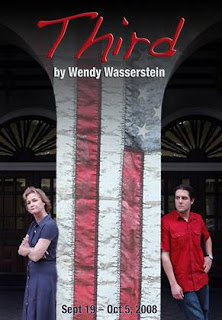 by Michael Meigs
Published on September 22, 2008

I cannot stand the indulgent depiction of academic dishonesty on the part of a professional, no matter how lunatic, and I cannot swallow the fact that Wasserstein makes happy at the end, letting her get away with it.

Thanks to Paradox Players for giving us the opportunity to see this 2005 piece by the late Wendy Wasserstein, acknowledged by the New York Times as “a chronicler of women’s identity crises.” To be honest, I hated it.Not the production, which is a good effort, but the play itself.  First let me explain the concept of a “visceral twinge.”  When I began work involving lengthy assignments abroad, the single most useful ...