Successful mystery playwright Chuck Reynolds has had his plays lauded by all critics except Charity Starr. When she shows up at his home and has the unmitigated gall to ask his expert help in writing a play of her own, Chuck fiendishly insists that their teacher/pupil sessions be held over lunch with Charity footing the bill at the most expensive restaurants in New York City. Lunatic waiters provide a uniquely hilarious touch to these meetings. Love blossoms despite the scheming of Chuck's amorous neighbor. Charity's play opens on Broadway and she finds out what it's like to be a target for all her critical confreres. Non stop fun, romance, and explosive hilarity make this an ideal show for the entire family.

Stage Presence Players is pleased to announce the next play of our 2015 season! Hope to see you auditions and the show! "100 Lunches: A Gourmet Comedy" by Leo W. Sears & Jack Sharkey
AUDITIONS: Wednesday July 29th, 2015 from 7:30 PM - 9:30 PM (by appointment ONLY)**
Auditions will be held at the Coldtowne Conservatory in the Writer's Room. At 6929 Airport Blvd. Austin, TX 78752
Please have a 1-3 minute comedic or contemporary monologue prepared and we will also do a cold reading of the show during the audition. Please email us at stagepresenceplayers@gmail.com with any questions and to sign up for a spot for an audition!
***This play will run from September 10th - 12th, 2015***  This is located in Austin, TX area
Character list (3 men, 3 women):
CHARLTON (CHUCK) REYNOLDS - 35; a successful writer of stage mysteries.
CHARITY STARR - 25-30; the only theatre critic who doesn't like Chuck's worksmanship.
GLINDA BELLOWS - 50s; Chuck's housekeeper, named for the Good Witch of the North.
TERRY REYNOLDS - 10-14; Chuck's son, a smart (but not smartaleck) matchmaker.
YOLANDA WEINTRAUB - 30s-40s; sexy-but-predatory neighbor lady; aggressively attractive.
WAITER - 20s-30s; a multiple role of many "brothers" in a large family of waiters. 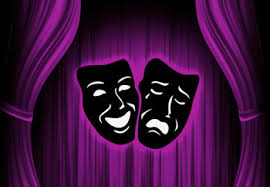