ELF is the hilarious tale of Buddy, a young orphan who mistakenly crawls into Santa’s bag of gifts and is transported to the North Pole.

Buddy is raised unaware that he is actually a human, until his enormous size and poor toy-making abilities cause him to face the truth. With Santa’s permission, Buddy embarks on a journey to New York City to find his birth father and discover his true identity.

Faced with the harsh reality that his father is on the naughty list and his stepbrother doesn’t even believe in Santa, Buddy is determined to win over his new family and help New York remember the true meaning of Christmas.

(not a youth series producition)

Buddy – Male. 25-35. Vocal Range: Ab2 – C5. Born a human but raised at the North Pole as a Christmas Elf, Buddy is eager to find his place in the world. He is a child at heart with child-like curiosity.

Greenway – Male. 55-65. Walter’s boss. A tyrannical, workaholic who cares nothing about the people around him or who work for him.

Chadwick – Male. 40-50. One of Walter’s right-hand men. He is desperate to keep his job, and perhaps the dumber of the two.

Matthews – Male. 35-40. One of Walter’s right-hand men. He is desperate to keep his job and is the schemer of the two. 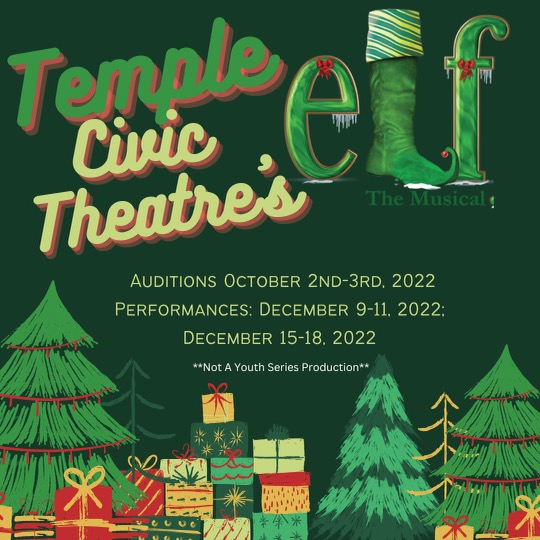