Charles Condamine is bright, sophisticated, articulate, and debonair but somewhat at the mercy of his wives, past and present. His interest in spiritualism as a subject for a novel leads Charles to ask Madame Arcati to dinner and a séance. He is skeptical but becomes a believer when the ghost of his first wife appears—and stays.

Charles Condomine – male presenting, 30s – 50s, a novelist. Charles is bright, sophisticated, articulate, and debonair but somewhat at the mercy of his wives, past and present. (British accent)

Ruth Condomine – female presenting - 30s – 50s, Charles’s second wife. Like her husband, Ruth is witty and sophisticated but also stuffy and predictable. She is convinced that Charles has lost his mind when Elvira appears. (British accent)

Elvira – female presenting - 30s, the ghost of Charles’s first wife. Only Charles can see or hear her. In life, Elvira was spirited, outgoing, wild, and carefree. In death, she is no different; she socializes with Genghis Khan. She does love Charles, if somewhat casually, and is jealous of Ruth. (British accent)

Madame Arcati – female presenting, consider man in drag - 50s+, the local spiritualist and medium. Older, but spry, Madame Arcati comes into the play talking to an eight-year-old contact on the other side. She is eccentric, effusive and boisterous. (British accent)

Dr. George Bradman – male presenting, 50s+, a good friend of the Condomines who is invited to dinner and the séance. He is skeptical of anything to do with the occult but goes along with the proceedings for the sake of Charles’ research. (British accent)

Violet Bradman – female presenting, 50s+, Dr. Bradman’s wife. Simple and naïve, she is excited about being in the presence of the medium, whom she finds fascinating. (British accent)

Edith – female presenting, 20s – 30s, the Condomine’s new maid. She is nervous and tears around at breakneck speed trying to do things right and make a good impression. (Cockney accent)

Auditions will consist of cold readings from the script.

This production will be created in grayscale. This means that the set, costumes, makeup, etc. will all be in black, white and shades of gray. Elvira will be in color and Ruth, when she returns, will be in color. Some touches of color may appear throughout the show, but it will primarily look like a black and white movie. Actors will need to wear grayscale makeup (except Elvira and later Ruth) and may be asked to wear a wig or color their hair/facial hair for the production. 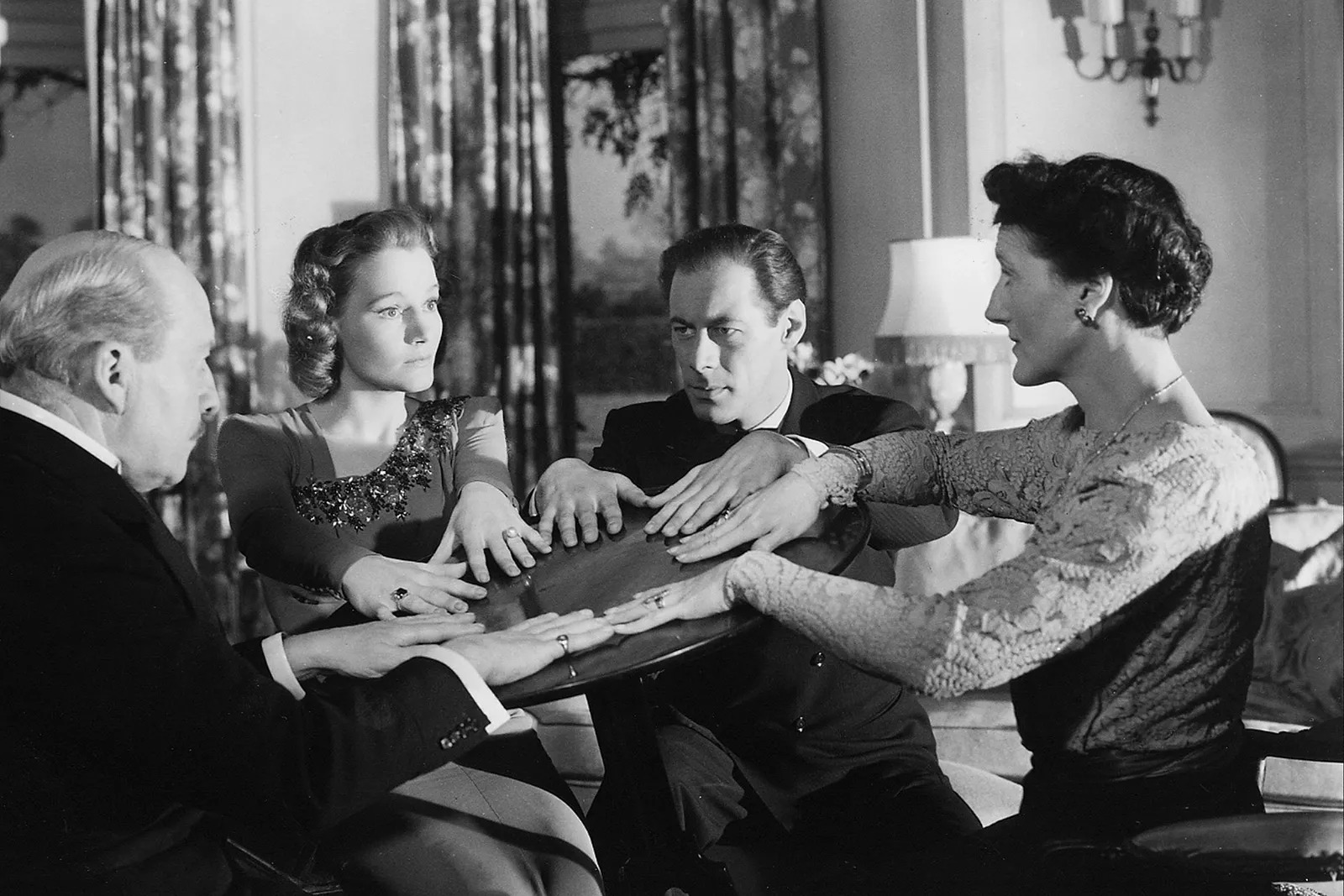