Lonely Planet is a two-character play written by Steven Dietz. The play tells the story of Jody and Carl, two gay men who live in an unnamed American city. The play was written during the midst of the AIDS epidemic, which is the central focus of the story, though ultimately the play sends the message that one should pay attention to the world around them and realize its problems rather than shun it. The play heavily references the Eugène Ionesco comedy The Chairs.

Auditions open to all (don't have to be an ACC student) -- 1 - 2 mnute monologue and cold readings. 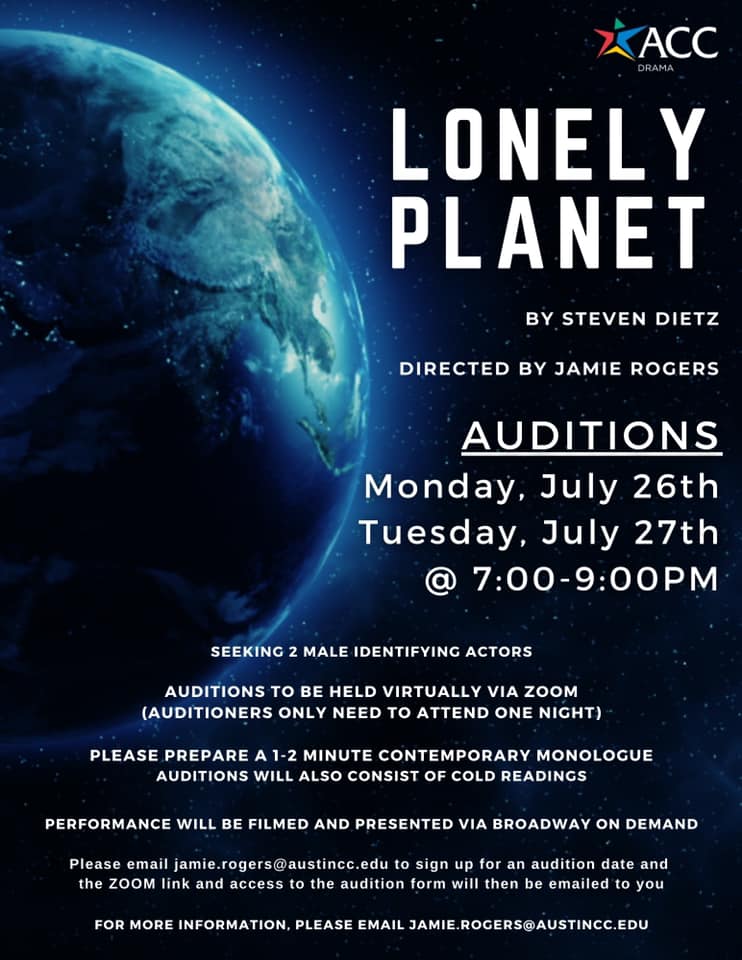