They're Playing Our Song
by Temple Civic Theatre

They're Playing Our Song is a musical with a book by Neil Simon, lyrics by Carole Bayer Sager, and music by Marvin Hamlisch.

In a story based on the real-life relationship of Hamlisch and Sager, a wisecracking composer finds a new, offbeat lyricist, but initially the match is not one made in heaven. The two undergo a series of trials and overcome a number of hurdles before finding true love by the final curtain.

They're Playing Our Song is essentially a two-character show. Vernon and Sonia are the sole characters on stage; each character has a three-person Greek chorus acting as their inner voices, and there are no big production numbers. 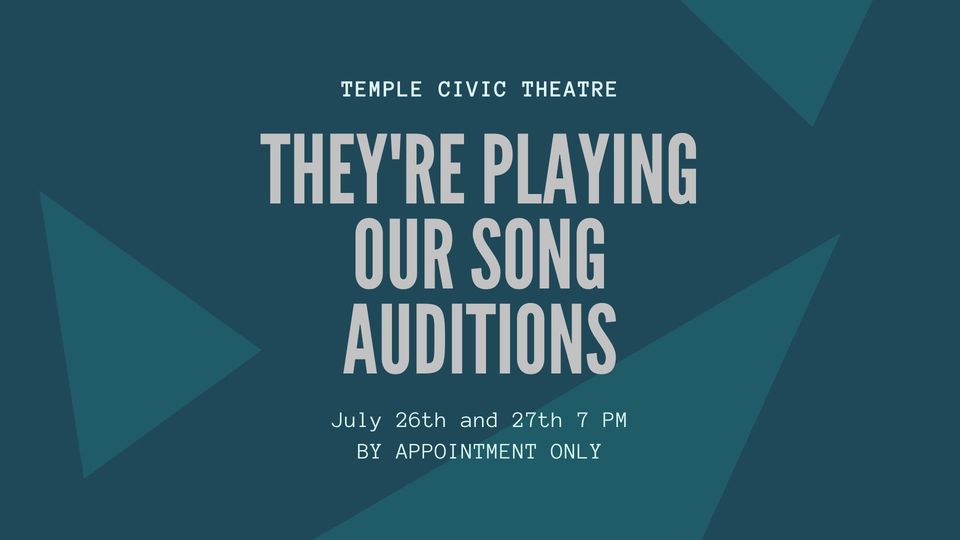 Mark your calendars! Be a part of our 300th Production and the reopening of TCT's regular season.

Please prepare a 1-minute cut of a song in the style of the show - using karaoke/backtracking if possible.There will also be cold reads from sides provided at auditions.

Auditions are by appointment only! To sign up to audition: Please fill out and submit our online audition form on TheaterForms and make an appointment for your audition. Have your calendar handy and be prepared to enter rehearsal conflicts. You will be asked to upload a headshot (a JPEG file) and a theatrical résumé (a PDF file) if you have one. If you don’t have either of these files you can still submit the form.

A pop lyricist who is over-committed and always late. Steps in to collaborate with Vernon.

An established Oscar- and Grammy-Award-winning composer in search of a new collaborator. Non-committal.

Voice of Phil the Engineer
Male: Ensemble The sound engineer at a recording studio.

Please remember that you must sign up for an audition slot at:https://www.theaterforms.com/.../TheyrePlay.../auditionform/ 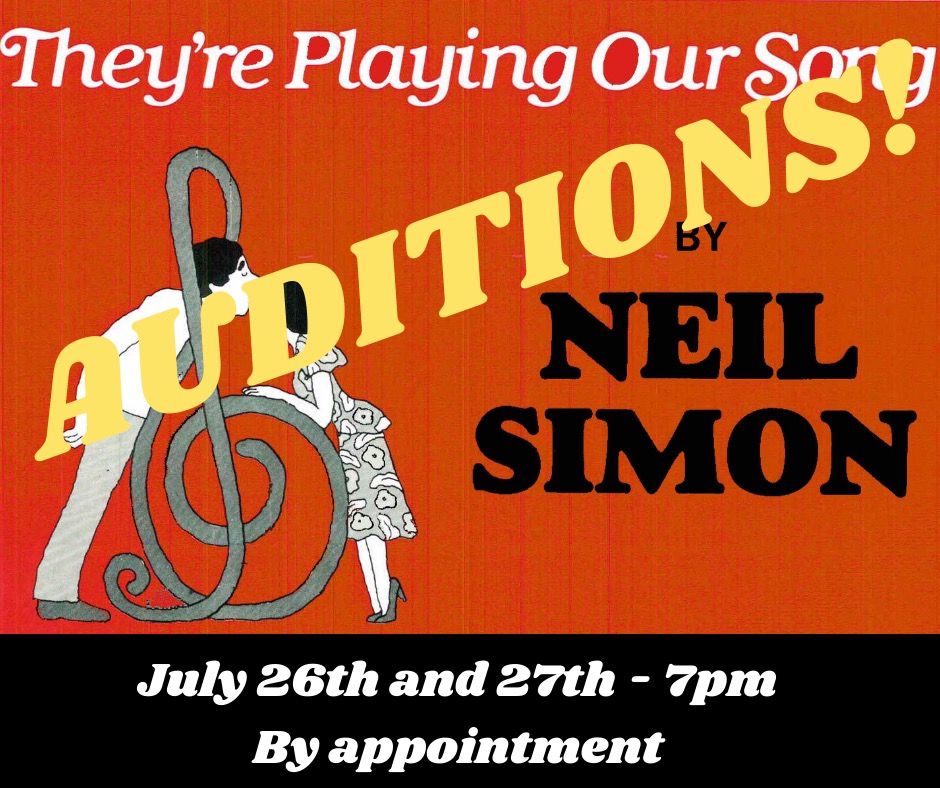