Pure as the Driven Snow
by StageCenter Community Theatre

On a dark and stormy night, Purity Dean--a working girl with a secret--seeks shelter from the storm in a country inn. She's been forced to give up her canning factory job as she can no longer endure black hearted Mortimer Frothingham's attentions. Working as a maid at the inn, she falls in love with the brave Leander, who works in a pickle factory. But Mortimer still pursues Purity and will win her by fair or foul means. And so, he begins his campaign of villainy.

​
It is preferred that you attend both nights of auditions so that the director may gauge the chemistry between all potential actors. Roles will be determined and scripts handed out on that Tuesday night (22nd) after auditions are complete. Rehearsals will be four nights a week until tech week, when they will be Sunday through Wednesday, performances begin on that Thursday and will run three weekends. There will also be pickup rehearsals on the second and third Wednesdays during the run of performances.

This is a MELODRAMA - Actors will need to expect the unexpected during performances and ad-lib as necessary, over-acting all the while.

Auditions will consist of cold reading from the script. Bear in mind, in the descriptions below, that the number of pages isn’t always a good indicator of the number of lines a character will have. For instance, Letty is on stage for four pages, but if she has any lines at all, it might be two. The entire play takes place in the lobby of an inn.

Jed Lunn—male, no particular age, blackmailed by villain, appears in 19 pages of script

Ethelinda Hewlitt—female, old enough to be mother of young adult, snobby, appears on 25 pages of script

Alison Hewlitt—female, young adult, almost as snobby as her mother, appears on 27 pages of script

Letty Barber—female, no particular age, entire purpose is to carry something off stage, appears in 4 pages of script

Nellie Morris—female, no particular age, comes out of nowhere in 3rd act, appears in 3 pages of script

Card girl/boy—person to carry cards that have setting info or olio act names across stage. Appears at beginning of show, end of first act, before first olio, before second act, end of second act, before second olio, before third act, end of show. No memorized lines, but if you ad-lib anything to interact with the audience, nobody will get mad at you 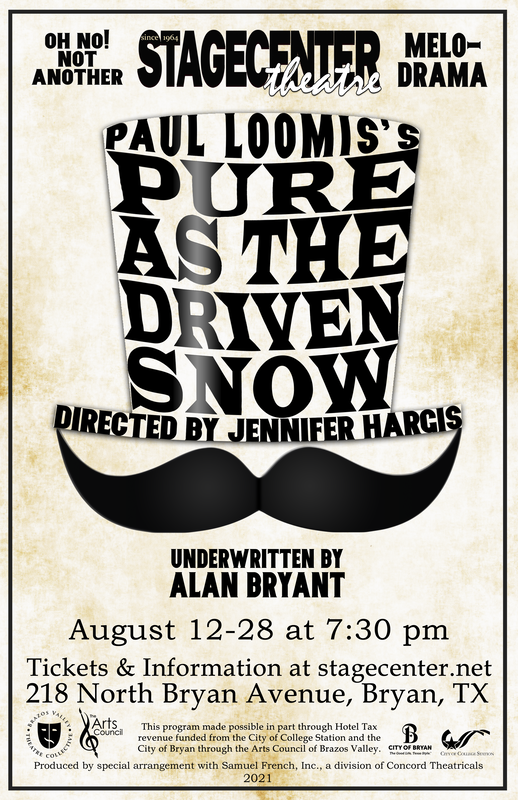