Murder on the Orient Express
by Playhouse 2000

A lavish trip through Europe quickly unfolds into a race against time to solve a murder aboard a train. When an avalanche stops the Orient Express dead in its tracks, the world's greatest detective – Hercule Poirot – to interrogate all passengers and search for clues before the killer can strike again. This fast-paced adaptation of Christie’s most famous novel was crafted for the stage by another superstar, Ken Ludwig.

Agatha Christie's Murder on the Orient Express, adapted from the novel by Ken Ludwig --We’re excited to return to the spacious and beautiful stage of The Cailloux Theater in 2021 to create once again the cunningly crafted characters and suspenseful stories of Agatha Christie.

If you were thrilled by And Then There Were None, don’t miss Murder On The Orient Express!

Roles available for five men and five women playing a variety of ages. 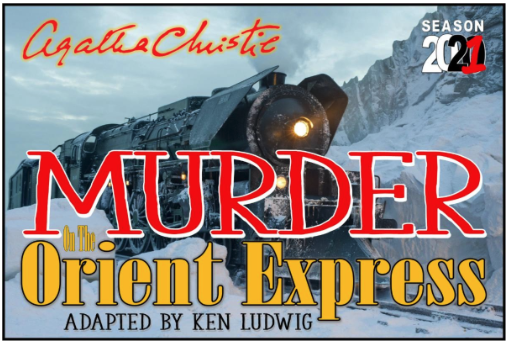