It Had to Be You
by Wimberley Players

This delightful comedy is about Theda Blau, a failed actress, health food nut, and would-be playwright who wants to find love and success in New York. She meets Vito Pignoli, a hugely successful TV commercial director. By holding him hostage in her apartment on a snowy Christmas Eve, she somehow manages to convince him to be her partner both on the page and off.

Audition Notice for It Had to Be You, adapted by ​Joseph​ Bologna and Renee Taylor

This show will have a small live audience as well as be live streamed.

To request an audition, please email ​auditions@wimberleyplayers.org​ along with a headshot and resume.

Process: ​There are two options for auditions - Zoom auditions or taped auditions. Sides will be sent out prior to auditions

1) Zoom auditions: Each actor will have a 15-minute time slot. You will perform your 1-2 minute monologue as well as audition sides.

2) Taped Auditions: Please make a recording of each side as well as your 1-2 minute comedic monologue. Auditions can be submitted through our audition form. A link to the form will be sent to you.

All sides will be sent out prior to auditions. If you are doing a taped audition, you will also receive a link to an audition form to fill out prior to your audition.

Rehearsals will mostly happen ​in person. ​We are looking for actors who are willing to take COVID precautions and put safety first.

The Wimberley Players are committed to casting productions based on the highest level of talent regardless of race, ethnicity, gender identity, sexuality, body-type or age. Everyone who is dedicated to creating amazing theatre is encouraged to audition with The Wimberley Players.

Out of work, unsuccessful actress with aspirations of being a playwright. She is a hopeless romantic and willing to do whatever it takes to find success in love and in her career. She is over the top and a bit eccentric.

For more information, please email ​auditions@wimberleyplayers.org​ along with a headshot and resume. 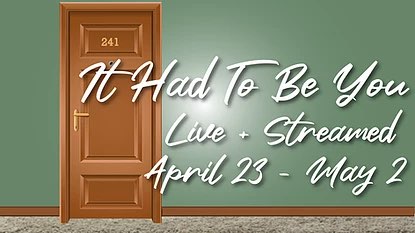