Mr. Burns, a post-electric play is an dark American comedy by Anne Washburn, featuring music by Michael Friedman. Mr. Burns tells the story of a group of survivors of a global catastrophe (!!!) recalling and retelling The Simpsons “Cape Feare” episode. The play moves into the future as the cultural mythology of this tale takes and an absurd evolution into cult-like engagement. This award-winning play originally premiered at the Wooly Mammoth Theatre Company, Washington D.C. in 2012 and then Playwrights Horizons, New York City. It has received award-winning productions locally at St. Edward’s University and the University of Texas at Austin.

Anne Washburn is from the West and Northwest and as a result prefers her foliage and landscapes a little on the drastic side. Her plays include, The Internationalist, Apparition, The Communist Dracula Pageant, The Ladies, I Have Loved Strangers, Little Bunny Foo Foo, and a transadaptation of Euripides' Orestes. Her work has been produced by 13P, American Repertory Theatre, Cherry Lane Theatre, Clubbed Thumb, The Civilians, Dixon Place, E.S.T., London’s Gate Theatre, NYC’s Soho Rep., DC’s Studio Theater, and NYC’s Vineyard Theatre, among others. Her plays have been published by American Theatre, Theatre Magazine, and by Playscripts, and are included in the anthologies New Downtown Now, New York Theater Review 2007, and The Civilians: an Anthology of Six Plays. Support includes a Bug ‘n’ Bub Award, residencies at MacDowell and Yaddo, and a Guggenheim. She has been commissioned by The Civilians, Soho Rep, the Williamstown Theater Festival, and Yale, is a member of 13P and The Civilians, and a New Georges affiliated artist.

The VORTEX seeks students ages 13-17 to participate in Summer Youth Theatre 2020 (SYT). This year’s program is highly competitive for a position with a select youth ensemble including actors, musicians, technicians, understudies, and production assistants. All students and their families will be required to wear face-coverings, practice social distancing, and participate in all health and safety protocols.

Now in its 29th year, this award-winning tuition-free program rehearses and performs evenings and weekends June 1-August 1, 2020. Rehearsals culminate in a full production of Mr. Burns: a post-electric play, presented to the public over two weekends.

Students of any ethnicity, heritage, gender, disability, or economic background, and students of all experience levels are welcome to audition for a small ensemble of diverse youth who will train together as they rehearse and perform this remarkable new play. Adult theatre professionals mentor students in all aspects of theatre including acting, design, technical theatre, and publicity.

Actors who are also singers and musicians encouraged to audition. We are also accepting applications for students interested in design and tech.

To receive an application by mail or to set up audition/interview time, email vortex@vortexrep.org. 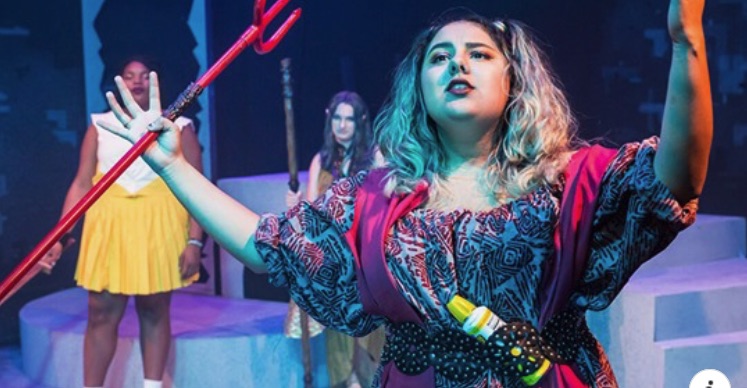