Next to Normal
by Ground Floor Theatre

Next to Normal (stylized as next to normal) is a 2008 American rock musical with book and lyrics by Brian Yorkey and music by Tom Kitt. The story centers on a mother who struggles with worsening bipolar disorder and the effects that managing her illness has on her family. The musical addresses grief, depression, suicide, drug abuse, ethics in modern psychiatry, and the underbelly of suburban life.

Winner of the Tony award for best original score and the Pulitzer Prize for drama.

Ground Floor Theatre and Deaf Austin Theatre are holding auditions for the Tony Award®-winning Broadway musical Next to Normal. Directed by Lisa Scheps and Brian Cheslik with Musical Direction by Adam Roberts. This production will be fully deaf inclusive with each character double cast with a deaf actor and hearing actor – some characters are deaf and some hearing. Performances December 5–22, 2019, with rehearsals beginning in late October.

Auditions (AEA ok) will be held on Monday, July 29 for hearing actors and July 30 for deaf actors. Both days will be from 6:30pm–10pm by appointment (contact info below).

Hearing actors should prepare 16 bars of a song and be prepared to read from the script. Deaf actors should sign sing one uptempo song and one monologue. Ground Floor Theatre is committed to inclusivity and as such unless specifically called for in the script, we cast without consideration to ability, race, ethnicity, gender identity, sexual orientation, size, or shape. Auditioners should bring a resume and headshot with them.

Delusional, bipolar, and depressed. She is determined to make her family perfect but is tortured by a death in the family.

Diana's husband. He is handsome and genuine. Though a constant in Diana's tumultuous life, he has grown tired and weary of her antics.

Email Lisa@GroundFloorTheatre.org to schedule an audition slot. If unable to attend, you may submit a video of a song and a short monologue to the same email address.

About Ground Floor Theatre:  Ground Floor Theatre concentrates on works by and for underrepresented communities. It serves as an incubator to foster and grow new and groundbreaking works that shine a light on groups that are often overlooked. It is also a home for the Austin theatre community to come together and learn from one another in order to help Austin continue to excel as a leader in the national theatre community. 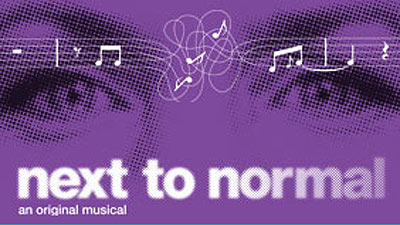